Despite only having been there a handful of times, I have a great track record with the Che Cafe. It’s where I first heard Swim Party play (although I didn’t actually meet the guys until a month or two later). It’s also where I saw Bon Iver play a stellar show to a packed house, with everyone sitting down on the floor for his entire set.

The first thing I did when I showed up for Writer, Tartufi, and Swim Party’s show this evening was head to the bathroom. It was interesting to note how much of the graffiti I had photographed there at least three years ago was still there – it hadn’t been covered over. But of course, the first thing I noticed when I walked in was this Exist 1981 piece: 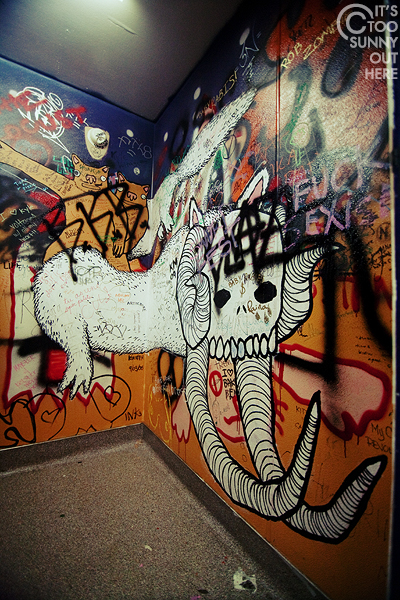 There’s also a great piece on one of the side walls, which Tartufi (who blew my mind, by the way) was playing in front of: 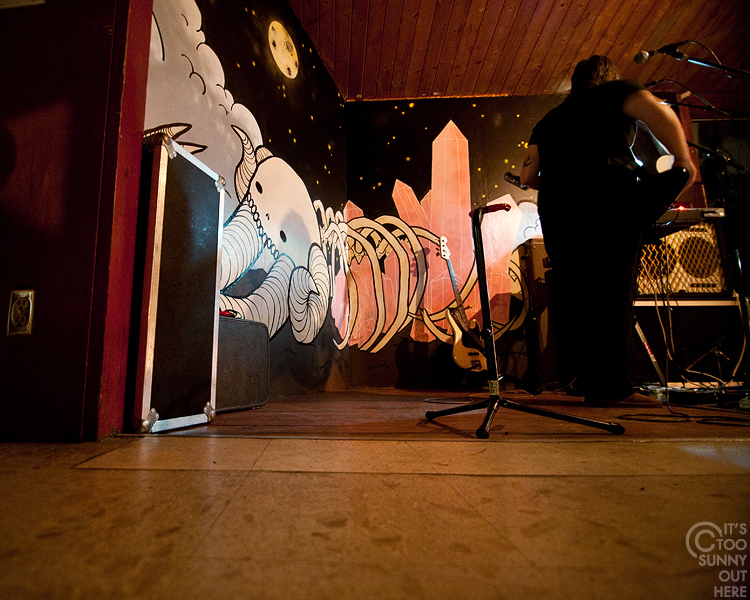 It’s funny how you can go so long not noticing something, and then as soon as it’s brought to your attention, you see it EVERYWHERE.