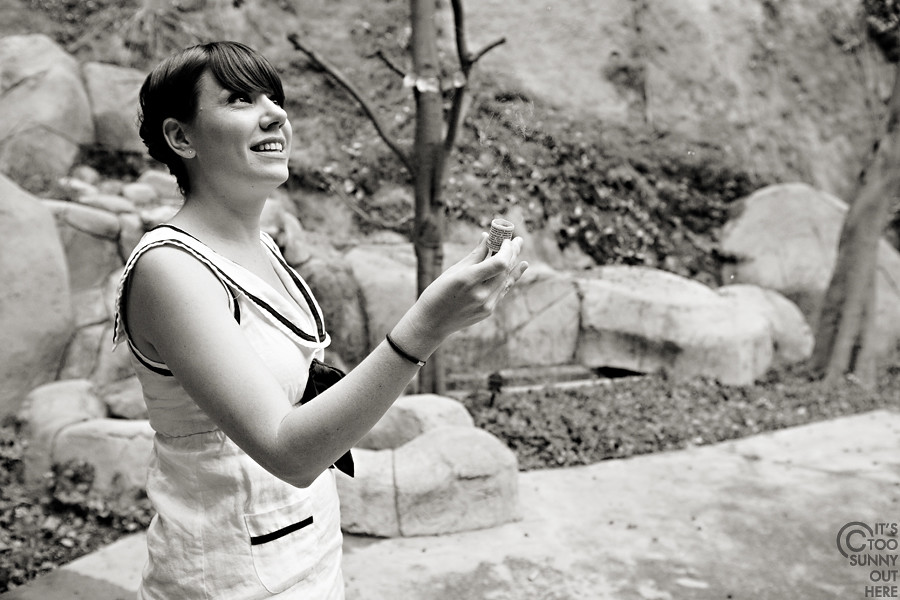 Four days earlier, none of us had any plans for the fourth of July. We were out for Angela’s birthday, and Adam and Angela said everyone could just come over to their place on Sunday. Then Derek decided to issue a cooking challenge that every dish had to involve green chilies. Then Lindsey (pictured above) decided to be in charge of decorating for the occasion. I demanded bunting, and she wanted sparklers. Turns out I got the bunting, but sparklers? Apparently illegal in California (yes, I know it makes sense with the wildfires and whatnot). So she provided poppers instead, and instead of taking cool photos with sparklers, I made do with the poppers 🙂

So we hung around their place all afternoon, drinking and talking and laughing and just generally being silly. Until about 10 minutes before the fireworks were set to start, when we decided to just try and walk to find a vantage point. I think we did alright. 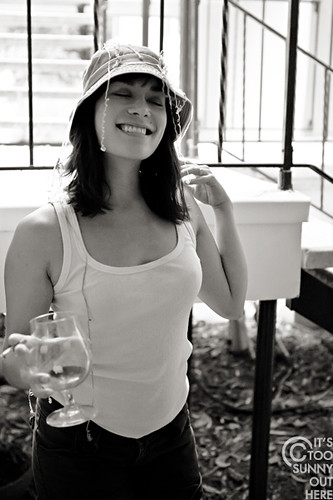 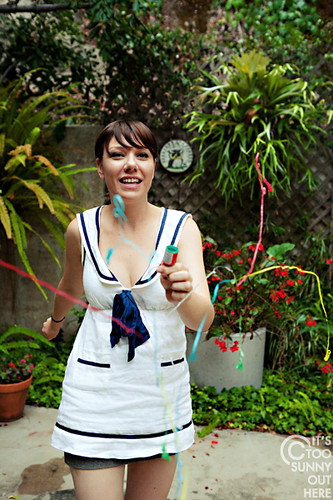 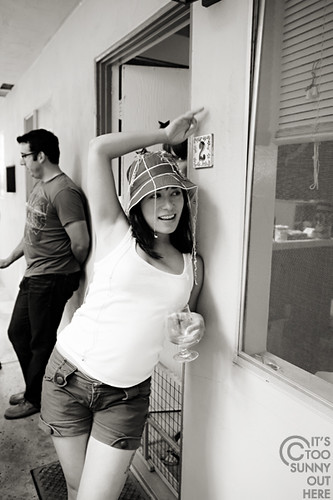 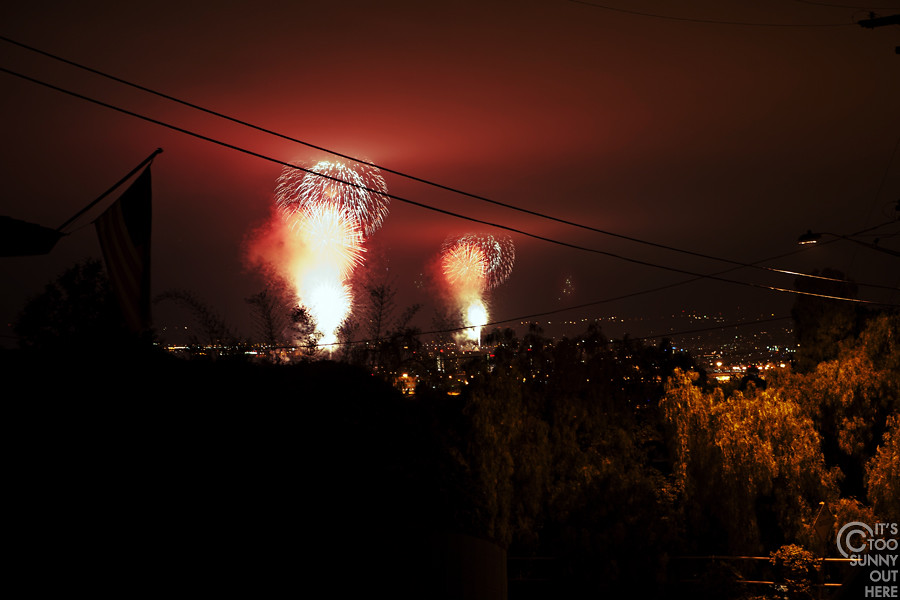 Oh, and for the record, I made green chili mint ice cream, and it was “oddly delicious.” Yum.