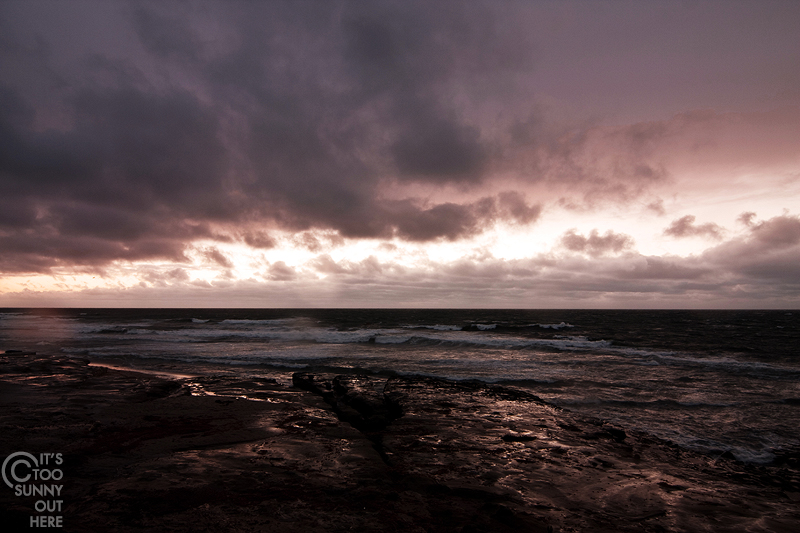 The stormiest day San Diego’s had in awhile. It rained most of the day, and the view from my lab window was of palm trees waving back and forth in the gusting winds – like watching a news feed from a Florida hurricane, I swear. The drive home was pretty interesting too – I took coast roads instead of a freeway south to the 8. However, Mission Boulevard was flooded south of Grand, so to avoid getting on the 5, I took Ingraham Street to West Mission Bay Drive. Somehow, that involved slaloming downed palm fronds and seeing an entire tree (not palm) blocking a lane of traffic on Ingraham. I still think I made it home quicker than most folks on the freeways, but it was definitely an adventure!