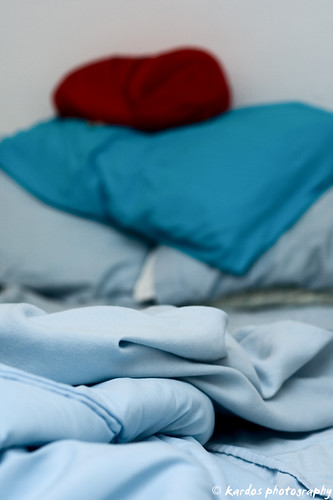 EXIF data
(Note – This entry was written before the mockingbird fiasco that was Tuesday night. In retrospect, I should just be happy that I got any sleep at all, weird dreams or no.)

I shouldn’t write when I’m this tired. Or maybe that’s the only time I should write.

When I get this tired, I act remarkably similar to when I’ve had a little too much to drink. Motor coordination is an afterthought. I laugh at pretty much everything. I lose all the normal filters between my brain and my mouth (or, in this case, my fingers).

A few days ago, I had a dream that I was one of the few survivors left in a world full of soul-sucking zombies. Seriously. They were like, a cross between the virus-infected zombie-vampires of I Am Legend and the creepy wraiths in Harry Potter and Lord of the Rings. When they caught you, they didn’t eat you, but took your soul so you became one of them.

The trick to avoiding them? I don’t really understand the logic here (if there is ever any logic in dreams), but it involved putting your clothes in either a microwave or dryer for a few minutes. When you did this, there was a little video game gauge that filled to max capacity, and then if you put those clothes on, you could walk right past the zombies without them noticing you. I think the effect lasted for not-very-long, because in the dream I was always running from house to house trying to find appliances.

And then, towards the end, I got so tired of running around all the time that I just gave up and became one of the zombies. We hunted down the group of people that I had previously been with, and in my last act of humanity, I let them go.

My brain is fucked.

I need to stop watching crappy horror/survival movies. That ending was straight out of 30 Days of Night. Which, by the way, would have been a much better movie if Josh Hartnett had become leader of the vampires and then they went on to ransack all sorts of other Alaskan towns.

I am Legend would have been better if there was no random God-talk towards the end. And maybe if the science made a little more sense.