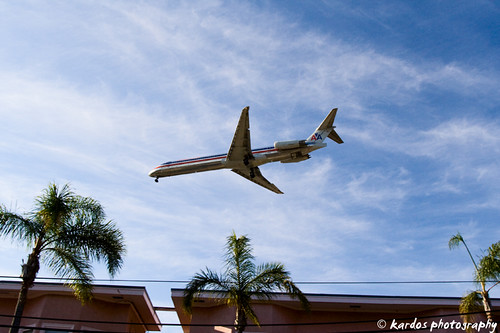 I love that the San Diego airport is downtown. There’s just something awe-inspiring to see the planes go right over your head when you’re walking to the Casbah. Even though it scared the shit out of my mom when she was visiting (yeah, my mom hung with me at the Casbah – another reason why she’s super cool).

I’ve been thinking a lot about planes recently. I’m getting on one on Thursday morning to head to Seattle. I think the rest of the Alaska trip involves 3 more plane rides before I’m back in SD mid-July. Not to mention helicopters.

I just booked my ticket to SF for Outside Lands in August.

And I’m thinking about Boston in the fall. It’s been too damn long since I’ve seen Tim, and considering his grad school career has been even shittier than mine, maybe he’ll be an inspiration of sorts. I dunno.

I’ve spent a lot of time on planes since starting grad school (it’s what happens when you move across the country), but most of that time has just been shuttling back and forth from home. I don’t think I’ve been on a real extended vacation since I went to Australia right before moving out here in 2004. The closest I’ve come is camping in Mexico and at the Grand Canyon. Fun, for sure, but not really quite the same. It’s hard to leave work completely off your mind when you’re only gone for four days at a time.

This trip should be better. It has to be.