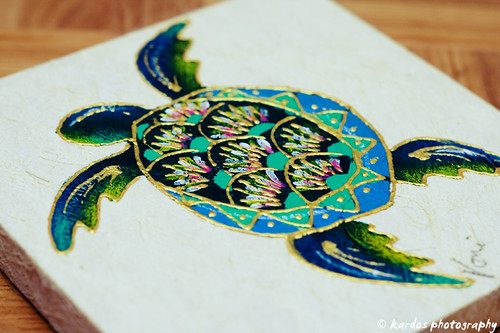 Another thing I picked up in Fiji. Because turtles are a symbol of good luck over there, and knowing that I was moving to San Diego a week after returning from that trip, I figured I needed all the good luck I could get. Also, I had just come from Australia, where on a dive off the Great Barrier Reef we saw a sea turtle. Pretty fucking rad.

So this guy has been hanging over my bedroom door for the last 4 years. And it’s not like everything’s been great that entire time, but nothing’s been all that terrible either, at least not in retrospect.

It doesn’t make sense. Life is a random pattern of events. Or so the scientist in me likes to think. But then, yeah, looking through my life, it’s pretty easy to see one thing leading to another and shit just working out for the best, even if I didn’t see it that way at the time.

Is there something to it? Or do people just feel the need to force a pattern on all the randomness of life, in order to make some sense of it all? So that it’s not all entirely meaningless and depressing?

I don’t have an answer. This one’s up there with “Why do all the atheists I know act more like Christians than, well, the Christians I know? Shouldn’t they all just be total assholes if they don’t believe a higher being is going to punish them for their sins?” The crossroads of being a non-religious person and an eternal optimist is a really weird place to be. I’m not entirely sure how I got here myself…