My flight left Anchorage at 7:30AM. My parent’s flight was delayed a bit, so they hung out while I checked in. FYI – Alaska Airlines in Anchorage is a mess. At the check-in kiosk, the computer tried to make me pay an extra $25 for my second piece of checked luggage, even though I scheduled my flight WAY before that policy went into effect. So then I had to wait in line for 20 minutes to get customer service to figure it out. Yikes.

But I got it all straightened out, hung with the folks for a little while since I won’t be seeing them again until Christmas (unless I go out to Vegas in the fall when my mom has a convention), and then headed to my gate.

I slept most of the way to Seattle, where I had a pseudo-layover (I was on the same plane to San Diego). Got some food, and then reboarded the plane.

The rest of the flight was uneventful, save for the fact that I could feel a cold coming on. When we landed in San Diego, it felt deliciously hot and humid outside, and a whole lot like home. 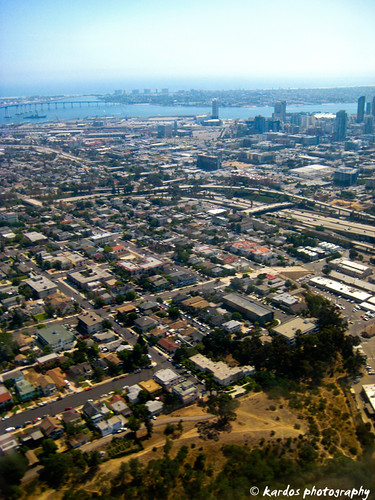