God bless the CBC. Several miles into the Yukon Territory, off-roading up an old mining trail in a Jeep, and we tune the radio to 98.1 and hear Alicia Keys. Shakira. UB40. Bob Marley. Ricky Martin. In that order. Followed by a news story about pot growing in the University of Michigan’s botanical gardens.

The day didn’t start out that surreal, mind you. It was a foggy morning in Skagway when I woke up on the ship. The first trip of the day was a train trip up the White Pass Railroad. 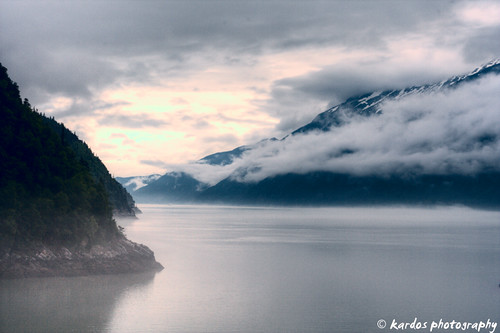 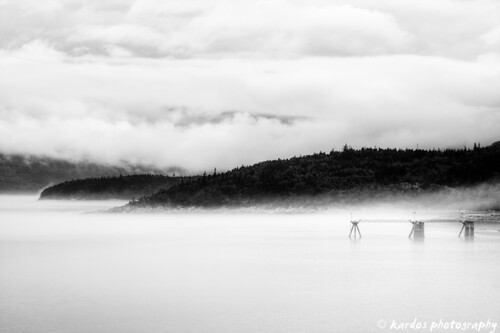 The train ride would have been a lot better if we could have seen more than 10 feet out the windows. It was rainy and foggy the whole way. But it was still neat to see parts of the White Pass trail where gold miners came up and over the White Pass Summit.

At the top of the pass, we briefly crossed into Canada. Kind of neat, but nothing compared to the afternoon’s drive.

We did another Jeep “off-road” adventure. My dad was complaining at first about doing two of them in three days, but by the end of the trip, we were all glad.

The number one highlight of the drive was seeing three bears right on the side of the road. One brown, two black. Crazy.

The first sighting was right after getting to the top of the pass. I’m not sure, but we might have already crossed into Canada at that point. We had both windows down and were so intent on taking photos that we didn’t notice the swarm of mosquitoes that invaded the car. Once we did, we started moving quickly so as to sweep them all out. 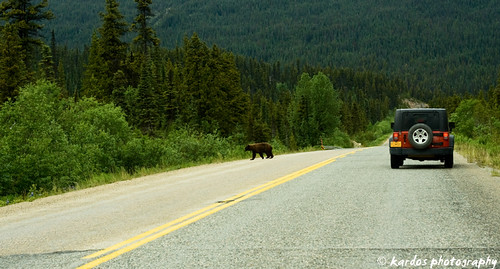 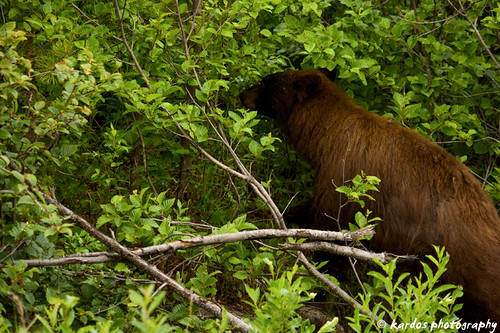 The next stop was down by the Tutshi river. A gorgeous view, especially since the sun was coming out by that point. We stopped for a bit to take some photos, and then continued on into the Yukon Territory. 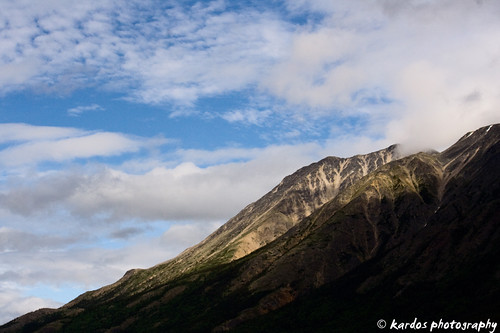 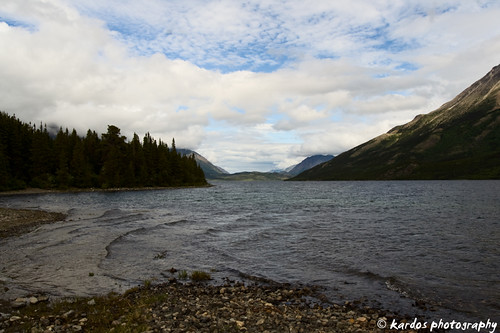 Where we saw a lot more gorgeous views and another bear – black, this time. Just hanging out, swatting mosquitoes and eating dandelions right next to the road. Pretty amazing stuff. 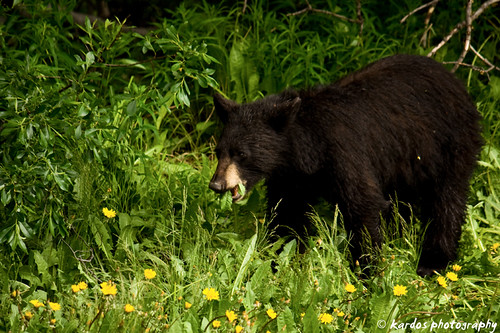 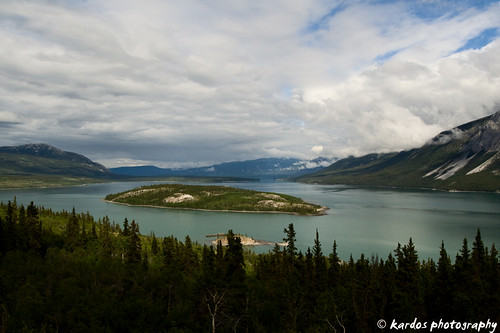 Then we continued on into Carcross (pop. ~300). There wasn’t a whole lot there besides a post office and general store. I mucked about on some train tracks and went down by the river, then we ate a little snack and admired the cute arctic ground squirrels. 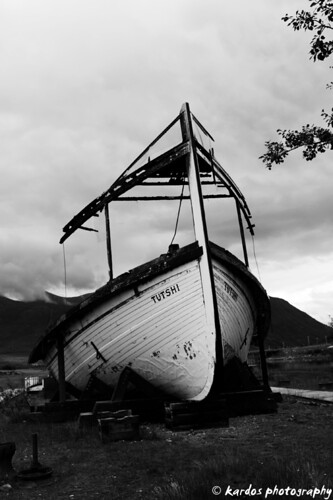 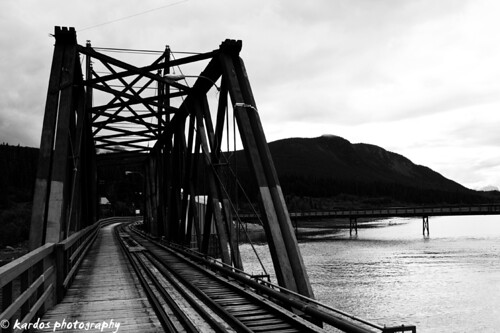 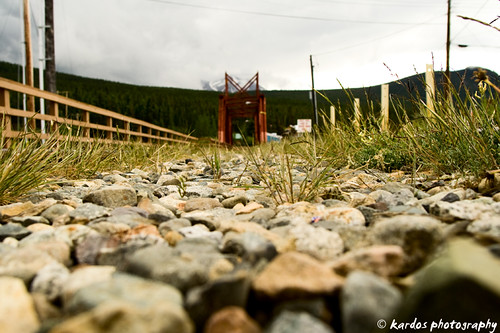 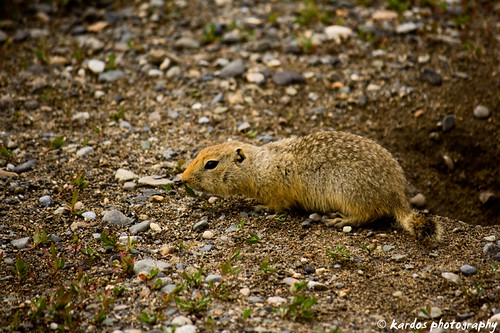 On the way back, we did a spot of “off-roading,” but compared to what we did in Ketchikan, it was nothing. An old mining trail wide enough for two cars to pass each other, and mostly covered in gravel. And no puddles. Oh well. 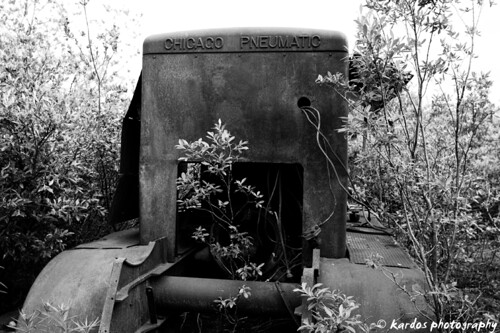 We stopped at the end of the trail, where I found some old abandoned mining equipment. Including a huge drum-type thing that was pitch-dark inside. Curious about what was in it, and with no flashlight handy, I set my camera down on the opening and took a long exposure shot. There was…a ladder. Sorry, no bears. That’s probably a good thing, for all involved. 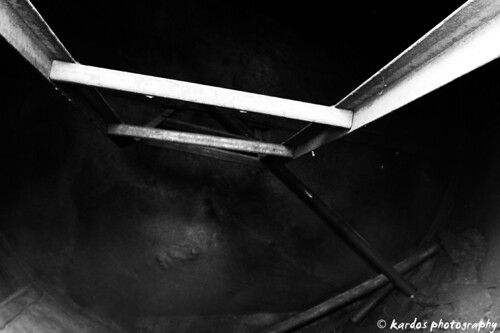 Continuing back to Skagway on the paved highway, we saw our third bear. Which might have been the same as the second one. Hard to tell. After that, we all sort of spaced out looking at the scenery. It was, after all, a six hour trip. 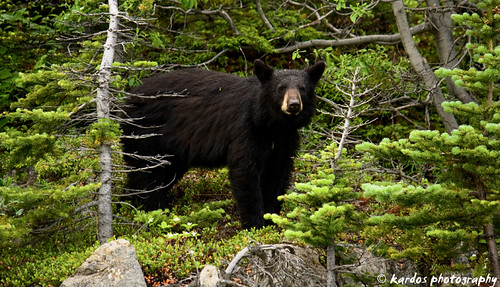 When we pulled back into Skagway, my parents and I decided to walk through town on the way back to the ship. Mostly because we wanted to stop at the local brewery to try some Spruce Tip Pale Ale. It was pretty good, and considering we hadn’t eaten much in the last 6 hours, my mom and I got a little buzzed.

On the walk back to the ship, my dad was complaining that we should have taken the shuttle. He was lagging behind, so my mom stopped to use the restroom. While she was in there, my dad caught up to us and kept on going, making some comment about being “the tortoise – slow and steady.”

After that, it was a race. I had almost caught up to him by the time we reached the ship, but started running towards the end. He heard me coming and started running as well, and ended up blocking me from passing him on the gangway.

I think the ship’s security people were a little less than pleased with us, but they let us onboard without a hassle.

Then, when we were going down to dinner, my dad took the elevator. I opted for the stairs in what became another race. Except this time, I twisted my knee. I’m still not sure exactly what I did, but it bruised up nicely in the next few days. Fortunately, it didn’t hurt too much in the coming days, as I wasn’t about to let it stop me from doing anything. 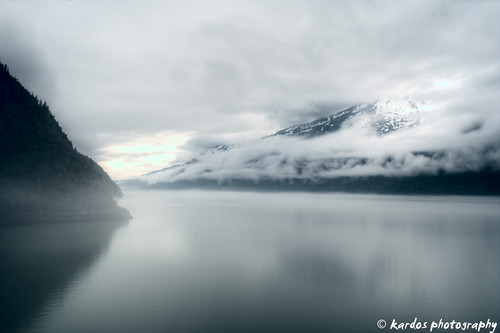