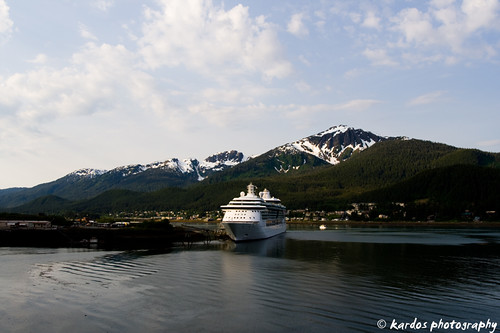 We started out the morning with a photo safari. In the description of the excursion, it said that the purpose of the photo safari was to teach people of all photography levels to take better photos. I remember when my mom booked the excursion, she hadn’t yet started to read my blog. Shortly after that, she checked it out, and her remark was, “I don’t think you need to go on the photo safari – you could probably lead it!” 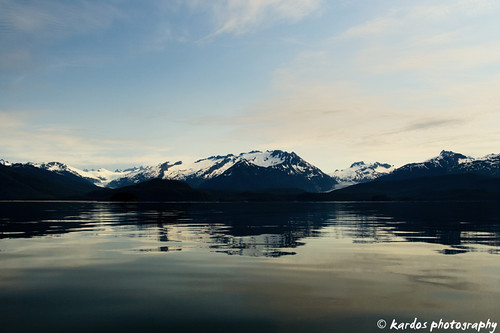 Except I’m a shitty nature photographer. But I’m glad we still went on the trip. 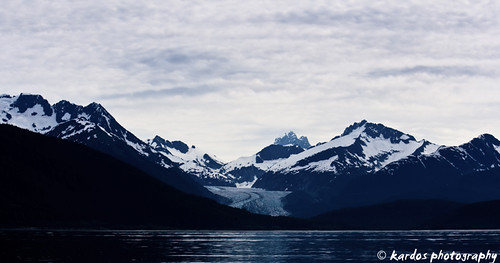 We started out on the water, in a boat that was quite low to the water level. The guide, Brandon Hauser, was a recent graduate of the Brooks Institute of Photography (or “Brokes,” as he called it) in Santa Barbara. And some of his photos that he showed us were AMAZING. He was incredibly inspirational, and even gave me some ideas of things to do with my photos. Like enter contests. Duh. I need to stop being so lazy. We also geeked out about Holgas a bit. 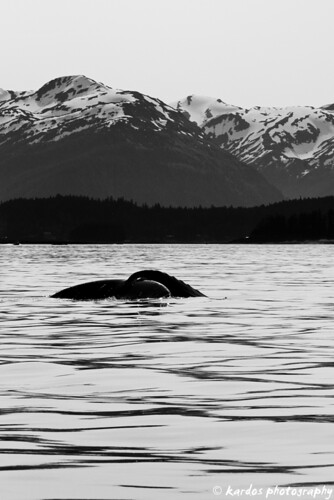 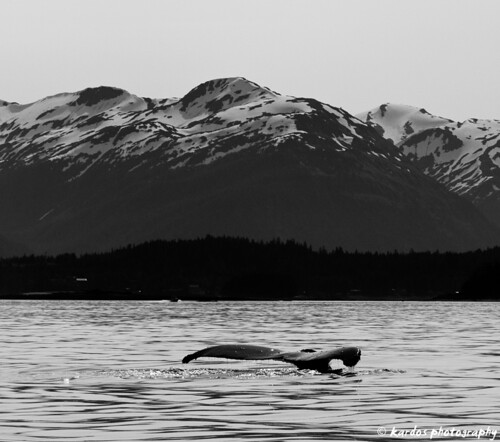 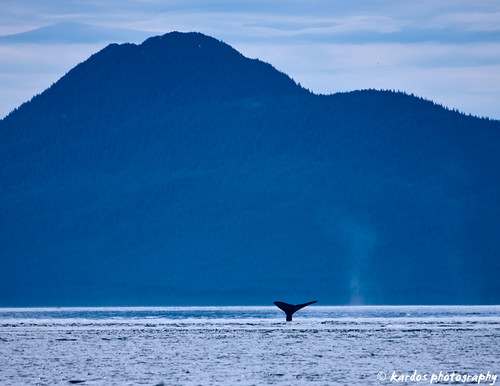 While sailing around the bay, we managed to see not one, but FIVE humpback whales. I got some decent shots of them, as well as the surrounding snow-capped mountains and some glaciers. We also saw a bunch of Stellar Sea Lions hanging out on a buoy – and man, those things are loud. And grumpy. And loath to give up their spot on the buoy to the ones hanging out in the water. Unless, of course, one of the guys in the water manages to push one off… 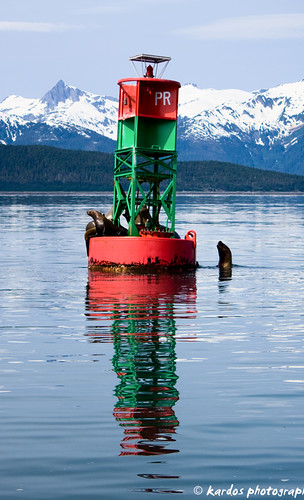 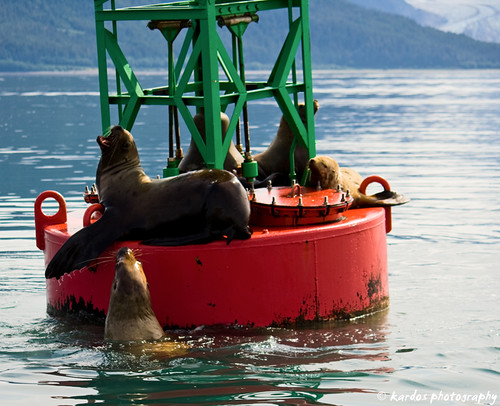 Later, we did a short hike to a view of the Mendenhall Glacier across a lake. It was gorgeous, but unfortunately by that time it had clouded over and the light turned completely flat. Not so great for photos, but I tried anyway. 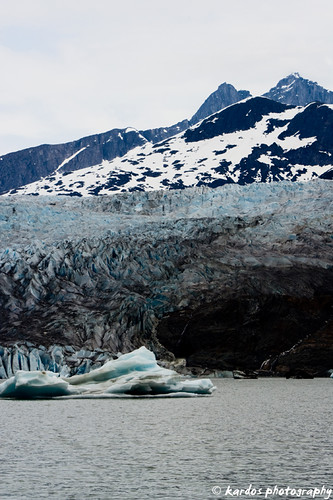 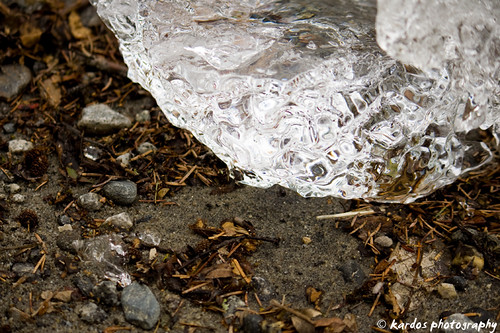 That afternoon, we took a helicopter up onto the Mendenhall Glacier, despite the cooling temperature and rising wind. The clouds at least had started to clear a bit.

I’d never been in a helicopter before. Small planes – yes. Helicopter – no. This thought occurred to me as we were getting seated. I had about a minute to wonder how scary it would be before taking off. Turns out helicopters are AWESOME. 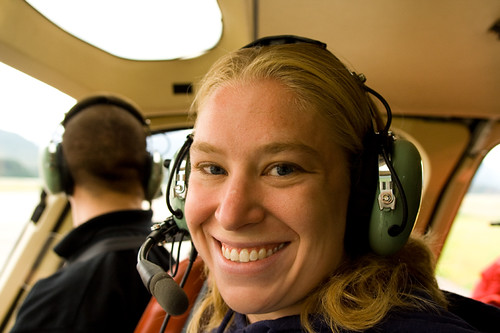 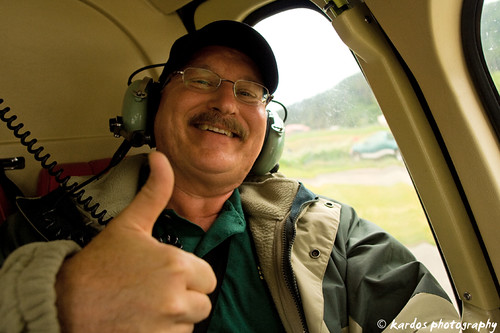 It was a short ride (with an awesome view) up to the glacier. Where it was 35 degrees Farenheit with wind chill. Brrrr. That was the coldest weather of the whole trip. Good thing my dad bought some 99-cent gloves for me the day before, so I could cut the fingers off and still operate my camera while wearing them. Because I haven’t managed to finish knitting these yet. 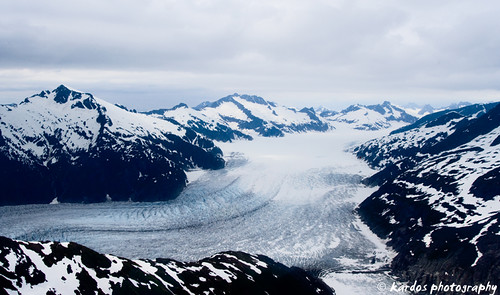 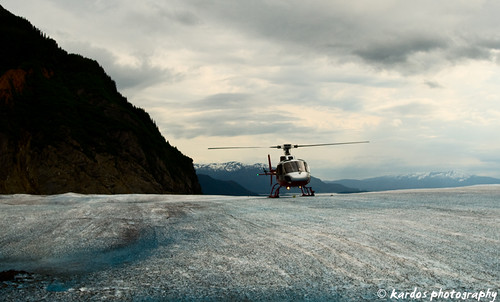 Standing on the glacier was surreal. Way back in high school, on a trip to Europe, I stood on a glacier in the Alps. But I don’t remember it feeling like this one. Maybe because it was covered with snow? Mostly it felt…crunchy. Did I mention they gave us sweet shoe covers to wear so we didn’t slip and slide down the glacier? 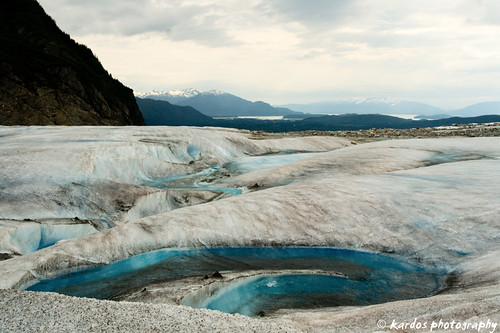 So we walked around for awhile, steering clear of the many crevasses. It was beautiful. Glacier ice is a weak blue/turquoise color – similar to antifreeze. That’s because it’s denser than normal ice – blue light can’t pass through it, so it’s reflected back at you. Rad. 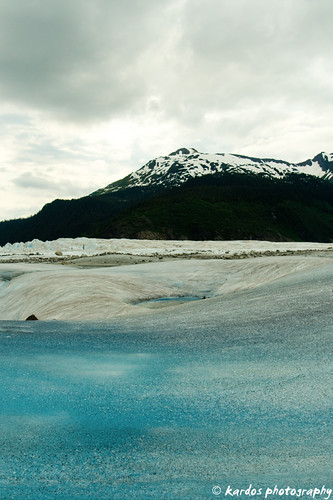 There were several streams of glacier water flowing down the face of the glacier. The guides encouraged us to take a sip. I figured what the hell, I drank from the Wanggoolba Creek on Fraser Island, Australia. Glacier water’s got to be at least as pure as water filtered up through sand for 100 years, right? It was good – and COLD. My mom took a sip too, but my dad declined. 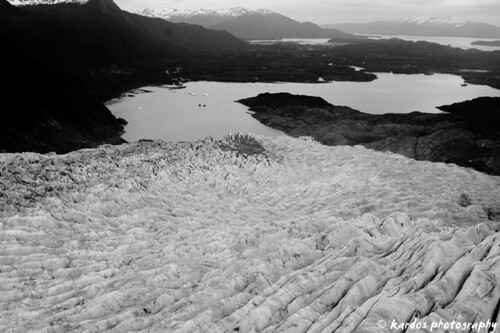 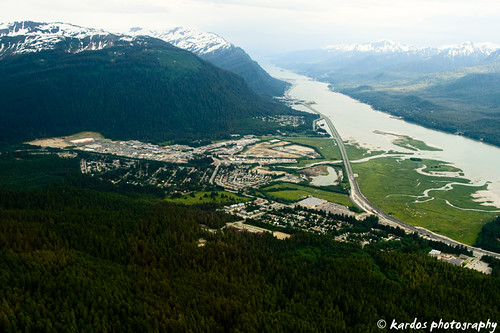 At that point, with frozen fingers and a huge grin on my face, we climbed back in the helicopters to return to the warmth below. We got a great aerial view of the glacier and the city of Juneau on the way down. From there, it was back to the ship and another night of eating ourselves silly before passing out in bed. Unfortunately, we left Juneau behind well before the midnight 4th of July fireworks started.