Third day of the cruise, and we finally made it into Alaska. Ketchikan is a tiny fishing town loacated on an island, and Alaska Air basically has a monopoly on planes flying out. Six hundred dollars to get to Seattle. Yeesh. And Walmart is the only clothing “department store” on the island. So people take trips down to Seattle once or twice a year, do a ton of shopping, and send all their stuff back on a barge for $60. Crazy. And no flat land means no cows, which means beef is extremely expensive, as well as milk. So people eat a lot of fish. 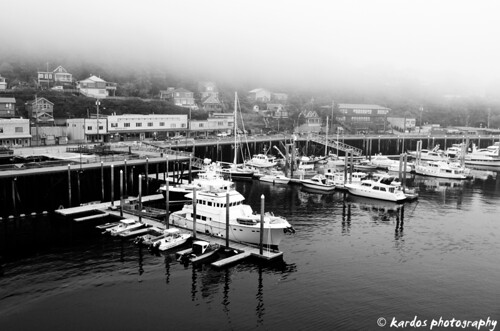 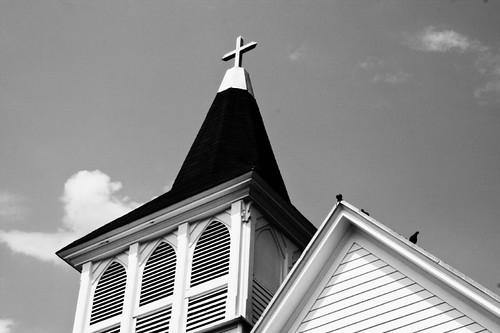 Our tour for the day was a Jeep and canoe off-road adventure. We got in the Jeep first and headed out to some old logging trails. Logging used to be the biggest industry in Ketchikan – now it’s tourism. Followed by fishing. My mom was driving first and having a great time going over all the rocks and through the potholes. We ended up on a mountain with a great view of the neighboring peaks, which still had snow on them. Unfortunately, the light was super flat so I didn’t get many good photos out of it. 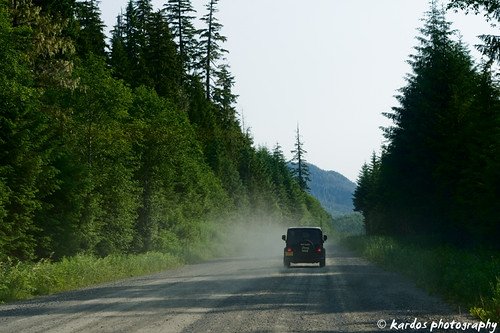 (Before we got to the logging trails) 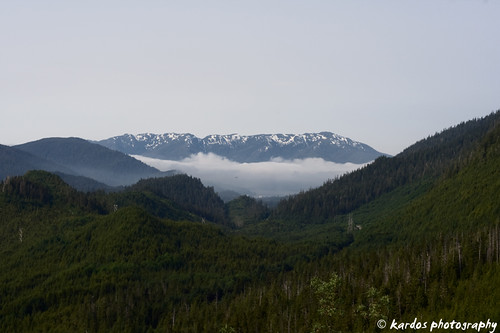 My dad took over for the drive down. He’s usually a pretty nervous and careful driver, but I guess that only applies when he’s driving a car that he owns. Give him someone else’s car (and I’ve seen this on test-drives before), and he’ll push it to the max. Going down the mountain with him in the driver’s seat was…entertaining. There was also a fairly large puddle of water that we smashed through, sparying mud and water up onto the roof of the Jeep. Then we stopped at another point with a great view of the mountains around us. 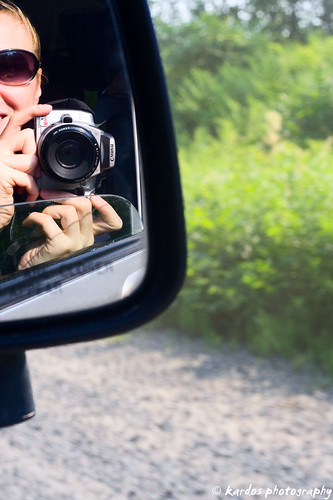 At that point, I decided “the heck with photos, I want to DRIVE!” So my dad and I switched places for the way back, and I got to go through the giant puddle as well. So. Much. FUN. It’s been a long time since I’ve driven anything off-road – 2004, to be exact. And that was a 1969 Land Cruiser. Manual transmission. In Australia. Shifting with your left hand is weird. I think it only went up to fourth gear, and the highest I ever got it into was third.

So being in the driver’s seat of the Jeep was a different experience. Lotsa fun, and much less thinking involved. Once we finished up wtih the off-roading portion of the trip, we headed to a lake to do some canoeing. We rowed a little way across, had some salmon and chowder for a snack, went on a short nature hike, and then headed back to the ship. 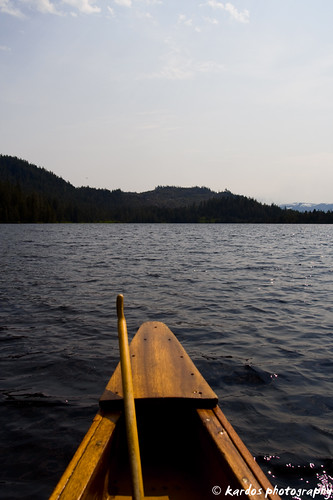 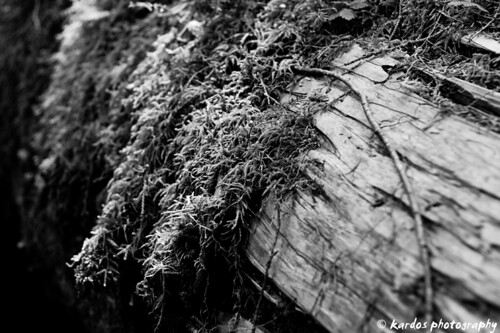 We departed Ketchikan around 3PM, and spent the rest of the day relaxing on board the boat. In the evening, we spent some time looking off the stern of the ship for humpback whales, and we did end up seeing a few, as well as a bald eagle. All from far away though, so no photos of those…yet. 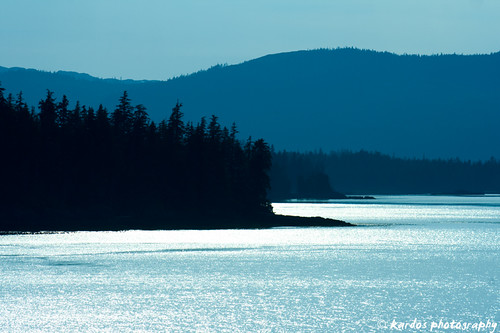