I woke up that morning with the Ting-Tings’ “That’s Not My Name” in my head and a mosquito buzzing in my ear.

The day was mostly just more bus riding. We stopped at Grayling Lake and Gobbler’s Knob in the morning. 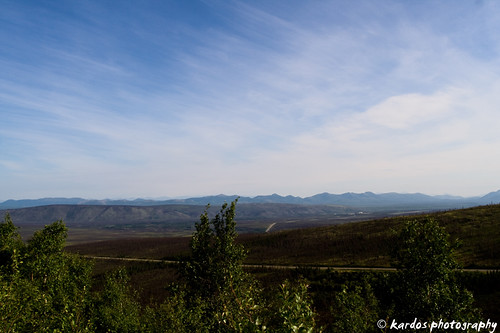 And then at the Arctic Circle, which was pretty anti-climactic since we had crossed it in a northbound plane three days earlier. The mosquitoes were out in full force. 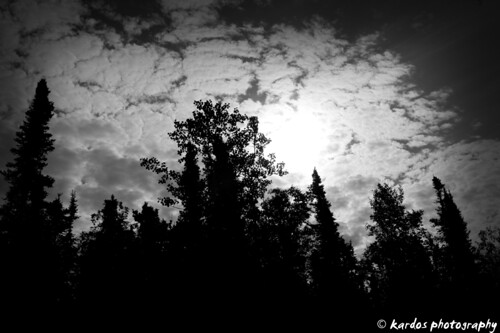 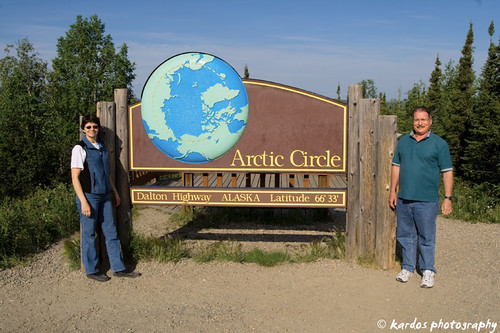 We stopped at the Hot Spot for lunch, where we ate some delicious burgers and milkshakes. My mom also bought the book “Walking My Dog Jane,” which was written by a journalist who decided to walk the entire length of the trans-Alaska pipeline about 10 years ago. I just finished reading it last night, and it was pretty good.

Shortly after that stop, we hit the Yukon River. 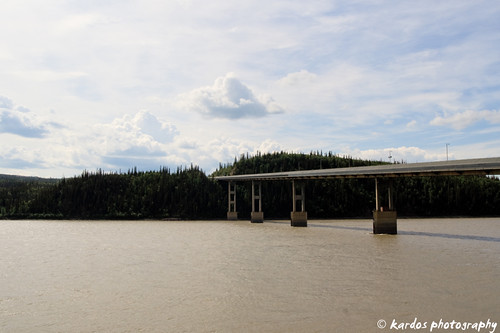 From there on out, there wasn’t much until Fairbanks. Our bus driver was pointing out mailboxes and houses just like she had been pointing out wildlife the day before. It was kind of depressing to me to be entering civilization again so quickly. So I didn’t take a whole lot of photos after that point. Basically, we got to the hotel, my mom did some laundry, and I overdosed on the internet. The end.

I promise, the next post will be my thoughts on the pipeline, which I wrote down on the final stretch towards Fairbanks.