I took a minimal amount of photos this day. I was pretty exhausted at this point, and oh yeah, on a train for 8 hours.

Before the train ride, my mom and I went hiking in the morning, down to Horseshoe Lake, which was neat. The whole shape of the lake has been changed by a beaver dam. Beavers are some pretty persistent creatures. 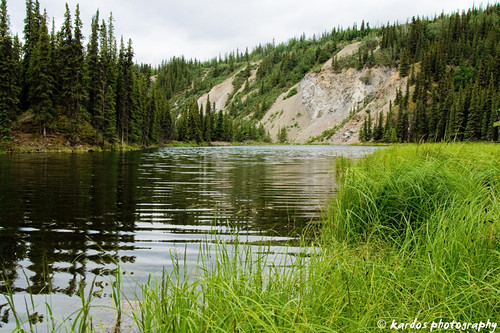 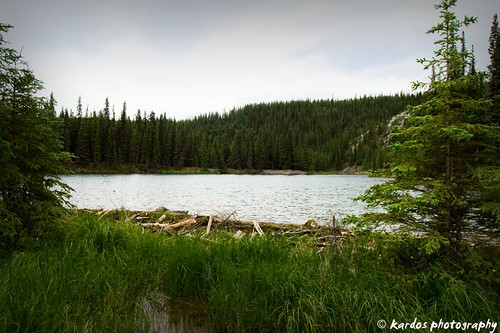 Then came the train ride to Anchorage. I ended up sitting with a couple from New Hampshire (who didn’t believe I was over 21 until I ordered a drink). We were playing hearts for awhile with a borrowed deck of cards – I almost managed to shoot the moon once.

Then we went searching through the train’s game cabinet and found some Hannah Montana Uno cards. Nine-year-old Molly joined in the game, and schooled us on who all the Hannah Montana kids were. At one point I asked who the “dreamy” one was, and she was pretty quick to point him out.

And then we got locked into a 1.5 hour Uno game. I shit you not. It just…kept…going. But Molly won shortly before we got to Anchorage. And then everyone from the land tour portion of the trip said their goodbyes and headed to their respective hotels. We were back at the Captain Cook Hotel, where I had another incredibly comfortable bed. And a 4:30AM luggage pickup, so all we did that night was repack our stuff and go to bed. We’re hardcore like that.