On Tuesday we had a flight from Anchorage up to the top of Alaska. Prudhoe Bay. The birthplace of the trans-Alaska pipeline. And Alaskan oil.

I honestly didn’t know what to expect.

But it was not anywhere close to what was there.

But first things first. We were rewarded with the sight of the peak of Mt. McKinley from the plane on our way over Denali National Park. Which was cool in and of itself. 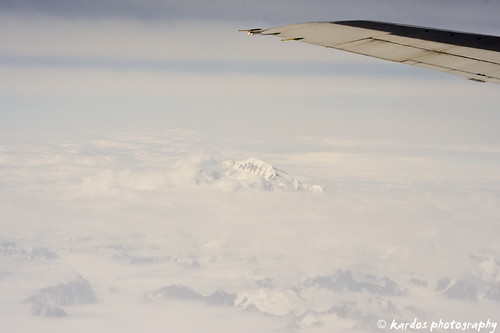 As we headed more and more northwards, the clouds cleared and we got an interesting view of the landscape of Prudhoe Bay – arctic tundra. Flat. Desert – they only get 1.5 feet of snow per year. 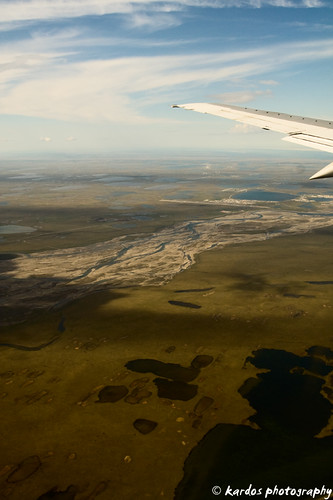 We touched down and were greeted outside by our bus driver for the next few days, as well as warm temperatures (around 70 Farenheit, I believe) and a vast, bright blue sky. And OH MY GOD the CLOUDS! 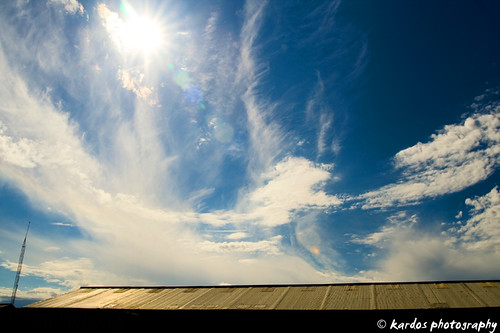 I have a small obsession with clouds. It’s rather unfortunate that the clouds in San Diego (when there are clouds) are boring. Here, they were like the clouds in Texas – except twice as big. And twice as AWESOME. 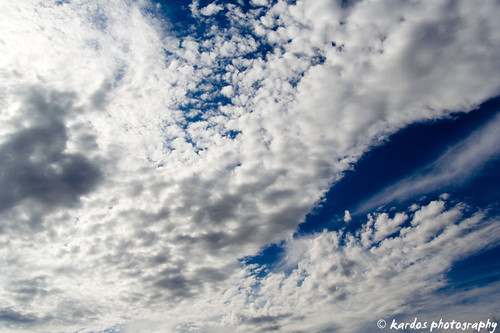 We were ferried over to our hotel by the bus driver, and our checked luggage soon followed – in a front-end loader. I shit you not.

Some people were complaining that the accommodations at the Arctic Caribou Inn where…less than stellar, but hell, I had my own room for the first time on the trip. And considering other accommodations I’ve stayed in (hostels, camping in the desert), I had no problem with the room. 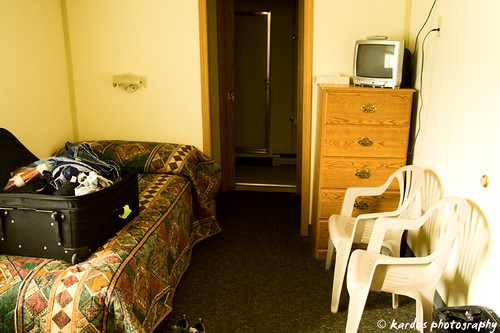 After setting our stuff in our rooms, my parents and I walked around exploring. There was a lot of heavy machinery around (naturally), but surprisingly little security. I kept expecting someone to tell us we were trespassing, but it never happened. 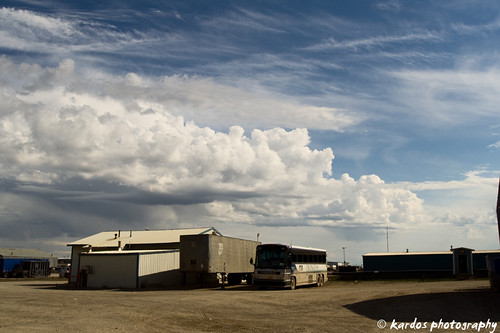 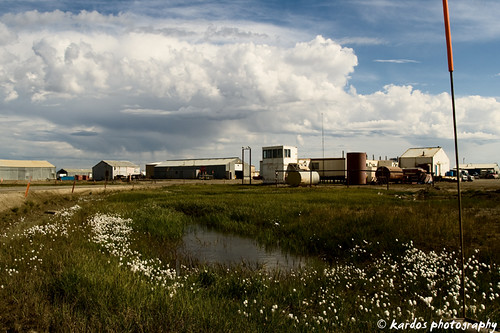 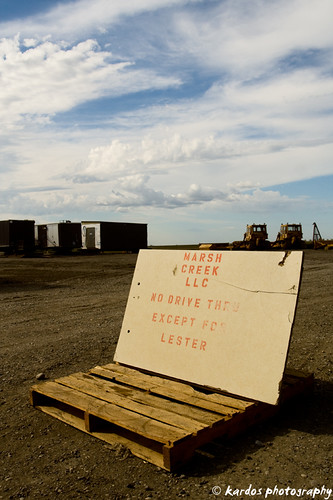 (Lester must be a very important person)

Then it was time to go on a bus ride to the Arctic Ocean. First, we had to learn a little about the oil companies and the pipeline, which I guess was only fair given that the only access to the Arctic Ocean lies on property owned by one of the companies. 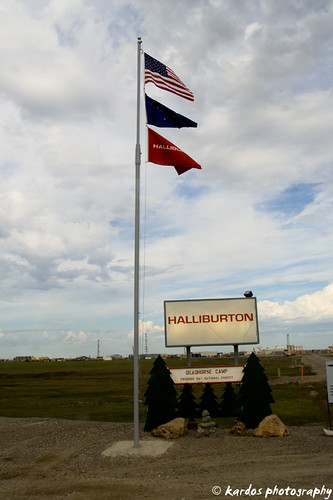 It was interesting to hear how the drilling operations were set up. Since the oil in Alaska is under such tremendous pressure, they basically have to just drill down to it and open up the pipe. So no see-saw pumps, like I expected. 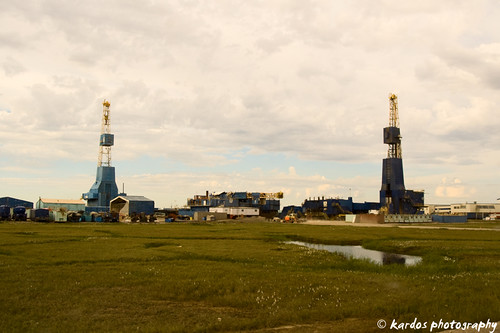 Everything is built with the smallest footprint possible, with the understanding that if oil production ever stops up there, everything that was brought in will be removed. No waste water goes into the ground. Everything is built on gravel pads, including the roads and the entire pipeline. It’s all designed to be rolled back into tundra someday.

Maybe it was the sky and clouds distracting me, but it just didn’t seem as ugly as I would have thought. Or maybe it was the photographer in me that loved the contrast between the sky, animals, tundra, and oil works. I don’t know. Is it crazy to call this my favorite place on the whole trip? 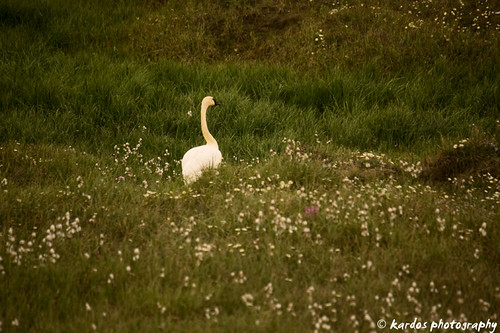 Anyway. Arctic Ocean. It was cold. I put my feet in. I swear I’ve been in water just as cold before, in some of the lakes on Fraser Island. If I had my swimsuit on, I would have dove in. Damn. Next time. And yeah, there will be a next time. 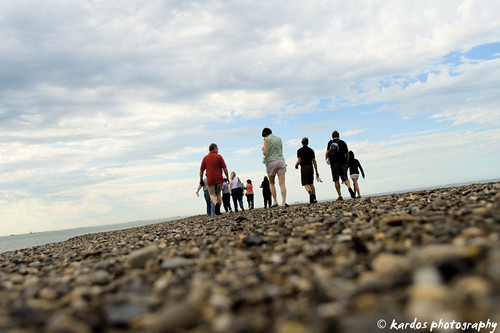 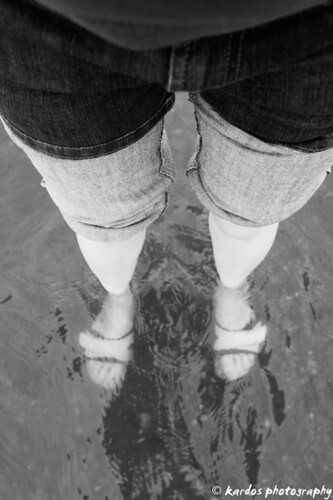 While we were meandering back to the bus after our “Arctic dip,” a wild caribou came romping up the shore. He didn’t seem too bothered by the oil buildings – in fact, he was more bothered by all the tourists sticking their feet where he wanted to swim. Poor guy. I think the mosquitoes were bugging him. 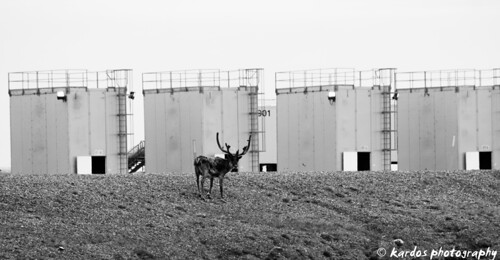 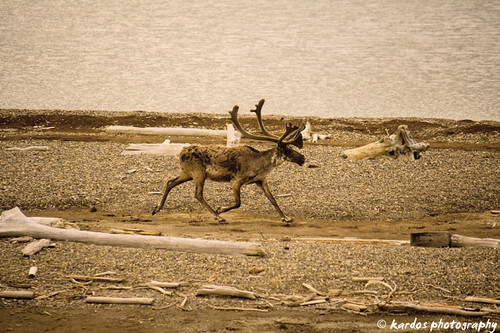 It never got dark that night. Not the least little bit of twilight. But I’ll save that for another post, as well as a lot more of my thoughts on the trans-Alaska pipeline and Alaskan oil…
Posted in Uncategorized