This is pretty much verbatim what I wrote about the Trans-Alaska Pipeline while sitting on a bus en route to Fairbanks, after seeing the pipeline outside the bus window for two straight days: 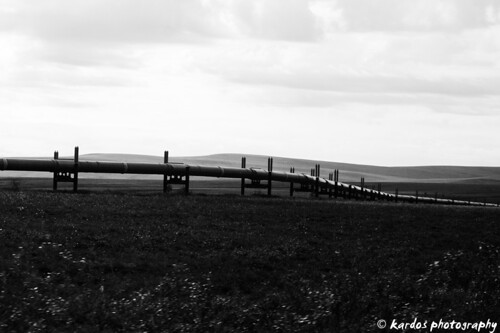 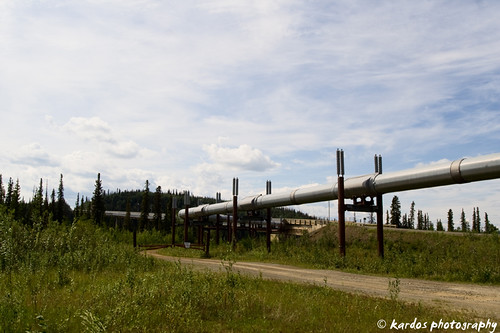 And to be honest, it’s not as much of an eyesore as I expected. There’s even a certain kind of beauty to it – not as much in its physical appearance, but rather in its design and engineering. In the fact that it exists, out here in the land of 2,000-feet-deep permafrost, earthquakes, inhospitable winters, and grizzly bears. Not to mention the migrating herds of caribou. 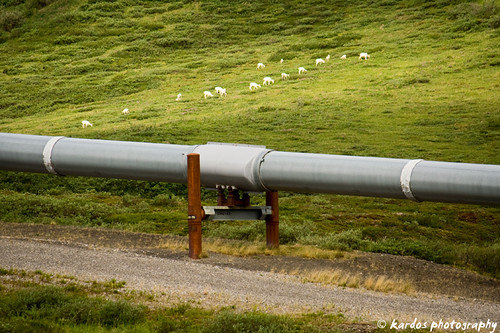 Most of the pipe supports aren’t actually attached to the pipe itself. Instead, the pipe rests on Teflon pads, so it can slide as needed along those supports as the ground freezes and thaws, or in the event of an earthquake. 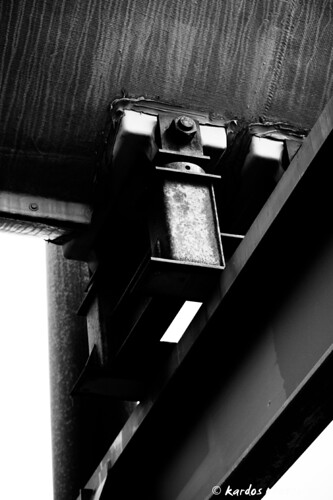 It also crosses somewhere in the neighborhood of 800 rivers/streams/creeks. Sometimes going over them, sometimes under.

It’s raised in places so that migrating herds of caribou can cross underneath. And surprisingly, the number of caribou has increased in the years since the pipeline was built. 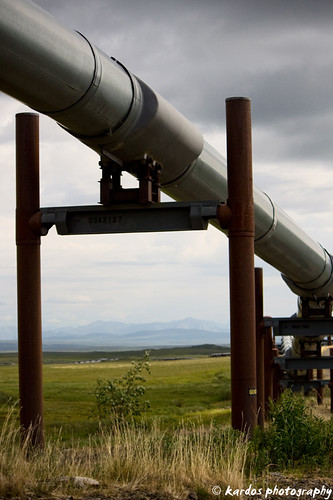 Also impressive is our dependence on oil to this day. Thirty-two years later. The last big oil crisis led us to build an 800-mile-long pipe across completely inhospitable wilderness. Which begs the question – what’s going to happen when gas hits $6, $7, $8 a gallon? ANWR? More pipeline? There’s just as much oil in ANWR as there is in Prudhoe Bay. 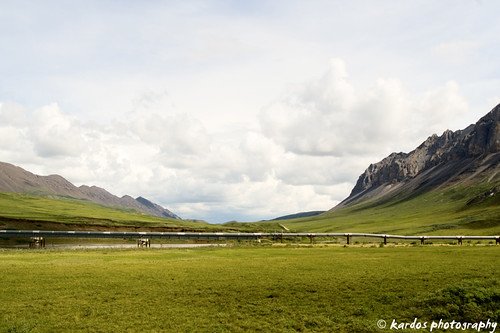 But then what? If that tides us over another thirty-two years, I’ll be 58 years old.

At this point, it’s not even about my grandkids, or kids for that matter. It’s MY lifetime. There are people older than 58 on this trip. I’d still like to be able to do tihngs like this when I’m that age – travel, and experience wilderness. The latter is hurt by the use of oil, and the former is entirely dependent on it right now. It’s a conundrum – one that will definitely require the development of alternative, clean sources of energy in the future. 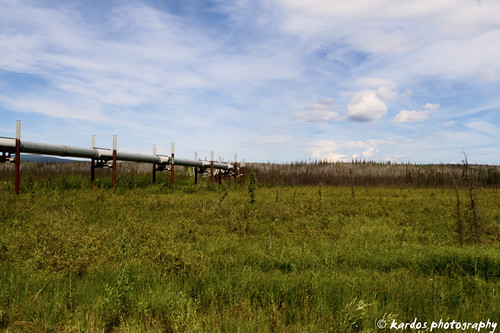 Another amazing thing about the pipeline? It, and everything that revolves around it (including every inch of the oilfields at Prudhoe Bay) was designed so that it can and will be pulled up and removed if they ever shut down the oil fields completely. The sooner, the better, I say.

The Dalton Highway is state-owned, so it would remain, mostly as a route for tourists to access the Arctic Ocean. So yeah, maybe there is a chance that I’ll be able to return when I’m 58. And maybe there won’t be a pipeline staring me in the face the whole drive… 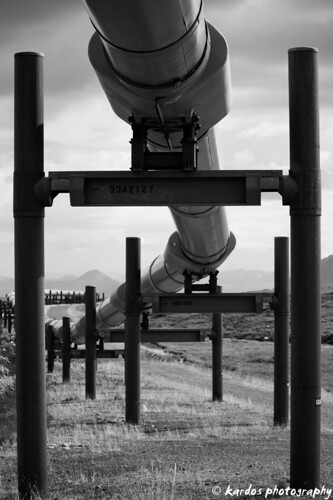