After The Raconteurs, it was over to the Sahara tent for the first time all day to catch Aphex Twin. I ended seeing the tail end of Diplo’s set, which definitely got the crowd moving – especially when he brought out M.I.A. for a song. The light show on the ceiling of the tent was awesome, and I was thanking my lucky stars that I rented the IS lens for the weekend and was able to get some trippy crowd shots. 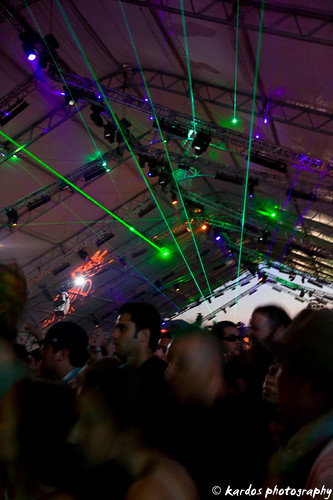 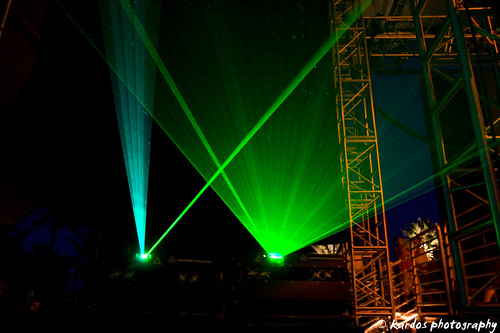 When Aphex Twin came on, his setup made it impossible to actually get a photo of him, so I went with more crowd/laser light show shots. 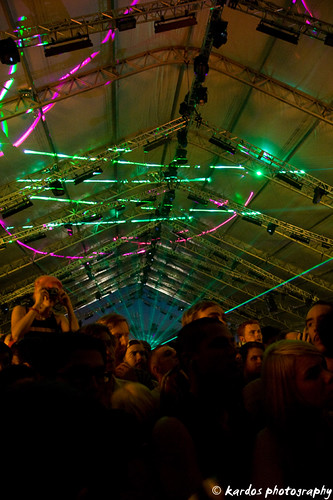 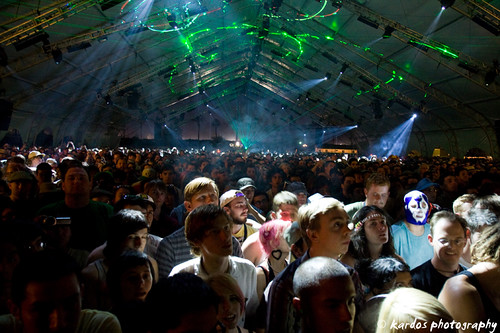 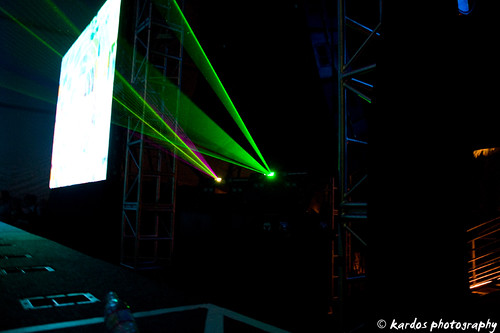 Unfortunately, I lost one of my musician’s earplugs somewhere between the Sahara Tent and the Coachella stage. I also managed to swing my left hand into the lit end of someone’s cigarette while walking through the crowd – I sort of wish that there was a little more available light on the polo fields at night, but oh well.
Posted in Uncategorized