Gogol Bordello put on a good set, but I feel like it was much better when I saw them at HOB. Definitely better for photos, anyway.

Before their set, some photographers (including myself) were waiting in the pit when security ushered us out and told us we would have to be escorted in to shoot. I took it in stride, figuring they were worried about crowd surfers coming over the barrier and hurting us/breaking our shit, or that maybe the lead singer wanted to go out into the crowd. Anyone familiar with the band would be glad for an escort. But some douchebag photographers almost got into a fist-fight with a security guard over it – not a wise choice, considering, in the words of one of the gaurds (who was a Marine), “Over half the security here are Marines and we haven’t seen action for awhile.” Fortunately, the situation was settled and we all got to enter the pit peacefully. 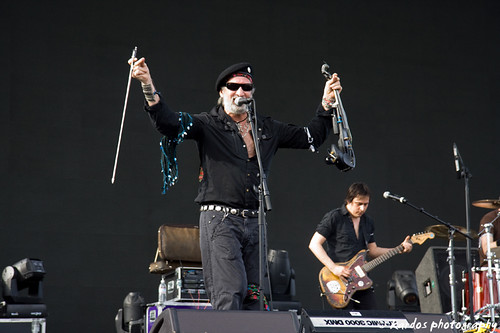 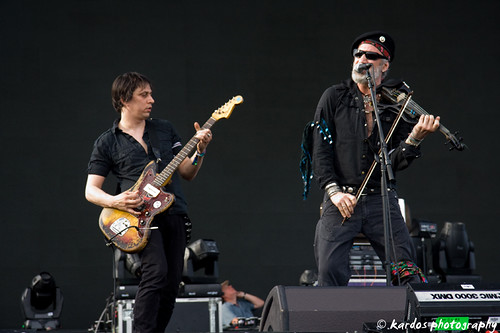 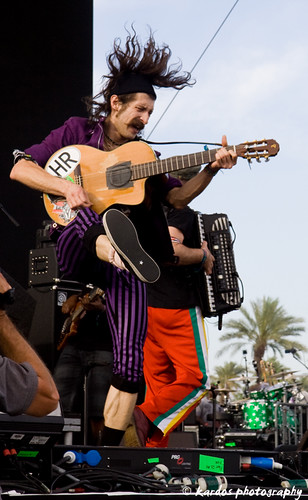 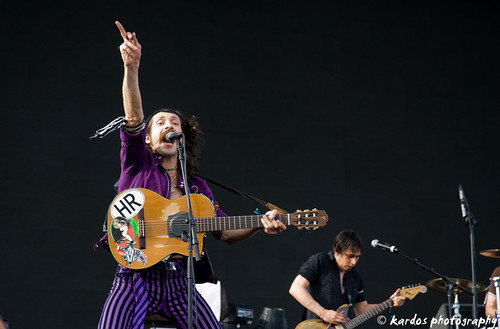 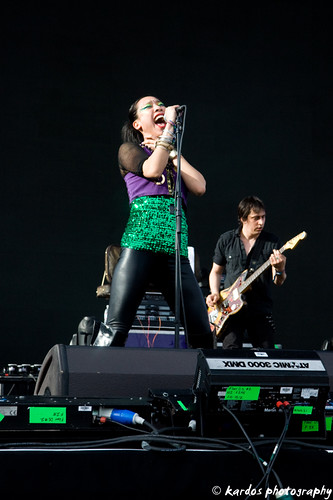 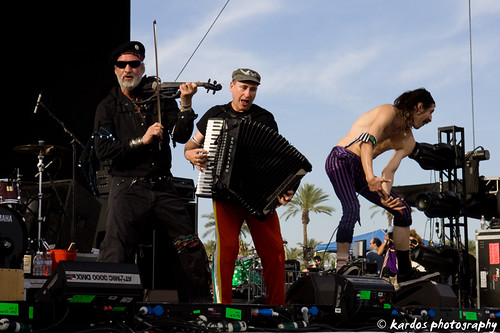