I had a bit of a break between Redd Kross and Les Savy Fav on the Outdoor Theater, so I headed back to the press tent, which was rapidly filling with laptops and journalists. The wireless internet still seemed spotty, so I gave up and just uploaded some photos and grabbed some food. I will say that I wasn’t a fan of how Coachella treated the press – compared to Street Scene anyway, where there was free food and drinks and it was all separate from the “VIP” area. The press at Coachella had a mere two tables in a tent in the midst of the VIP area, with no free food or drinks. During the evening on Saturday and Sunday, getting in and out of the VIP area was a mess, so I mostly just stayed away.

After chilling out for a little while, I headed to the Outdoor Theater for what turned out to be one of the best sets of the festival, at least visually. I had heard that Les Savy Fav was insane live, but I don’t think anything could have prepared me for what awaited. Tim Harrington came out on stage wearing pants, a white shirt, a brown suede jacket with fringe, and a hat. Within the space of a song or two, he was stripped down to his red underwear and had sprayed beer and bubbles over the crowd, photographers included. In the remainder of the first three songs, he went out into the crowd twice, under the stage once, and climbed part way up the side of the stage. All without missing a beat of his vocals. I was pretty much amazed, visually and sonically. 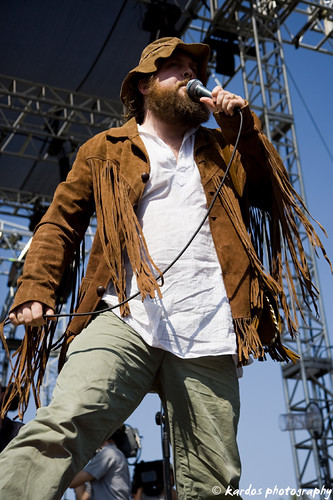 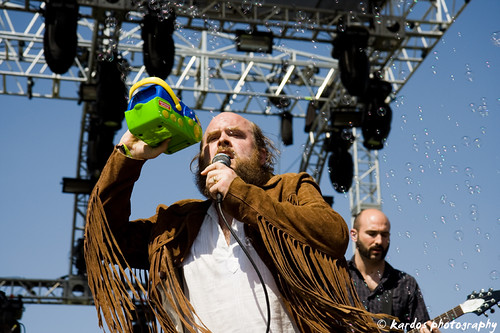 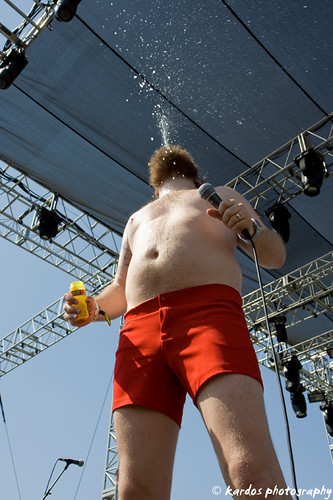 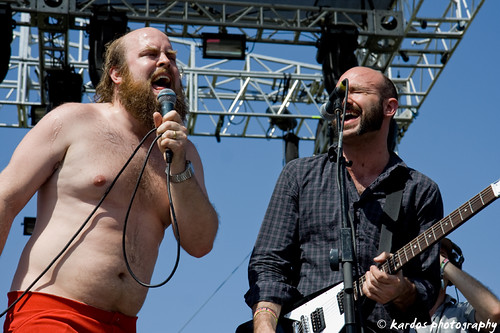 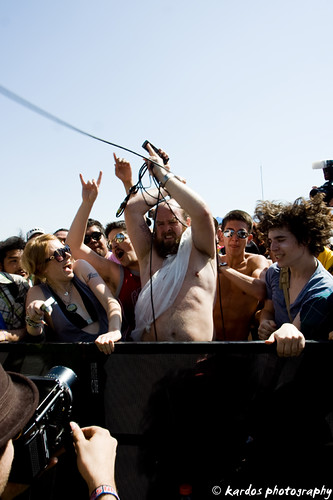 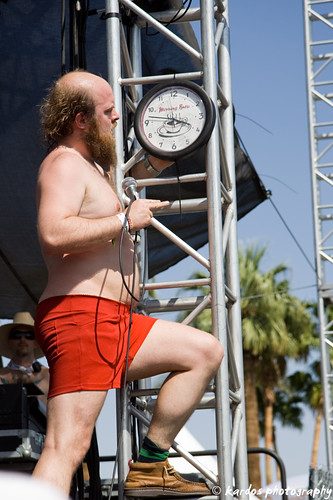 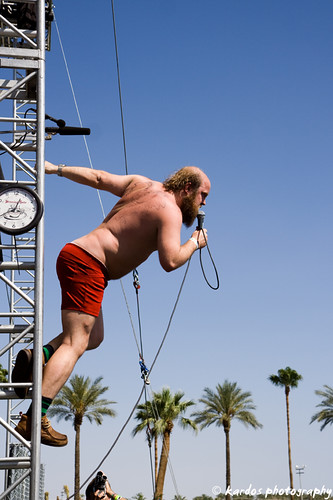 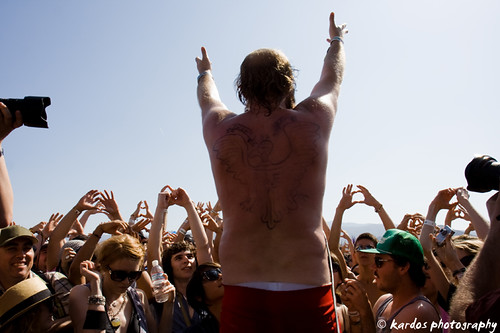