By the time Saturday night rolled around, I was wiped out. Portishead’s set was the first full set I managed to see at Coachella. They sounded amazing, but I have to admit, my feet hurt and so after my first three songs in the photo pit (which was packed to the gills), I found a spot on the grass and just chilled out.

While they sounded amazing, they were pretty visually boring – Beth stood with both hands on the mics in almost the same pose the entire time. Thankfully, the video crew on the main stage was extremely creative, so that almost made up for it. 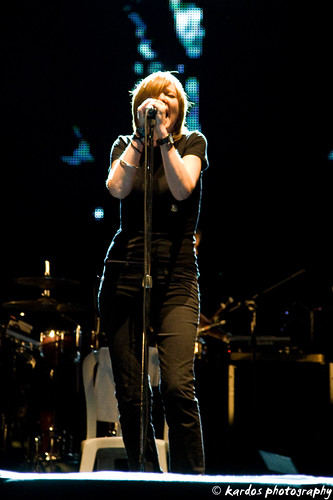 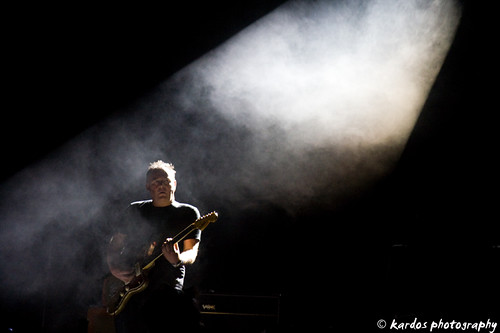 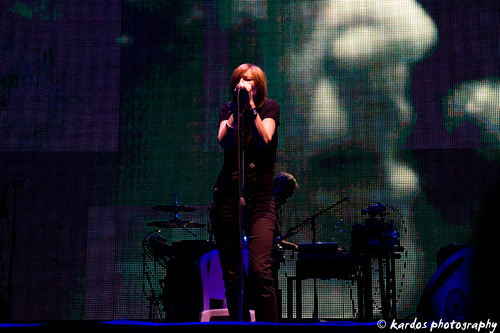 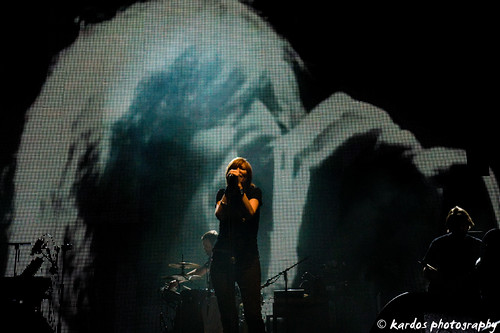