The thing about shooting a lot of shows is that you get familiar with the bands and with characteristic moves of some of the band members. For instance, I know with The National that about three songs in, Matt will start getting into things and actually move the mic stand around and maybe move his hands a little. Sometimes you’re lucky and you get that kind of insight within the three-song photog limit, but it’s not all that often.

Fortunately for me, I saw The Annuals a few months ago, so I knew what to expect from them. I knew that Anna doesn’t really move around a whole lot, but that Adam more than makes up for it (by the way, he really reminds me of Adam from The Burning of Rome). So I think while most photographers in the pit thought that things were going to be pretty mellow, I knew what was bound to happen, so I made sure to be in a good spot for this shot: 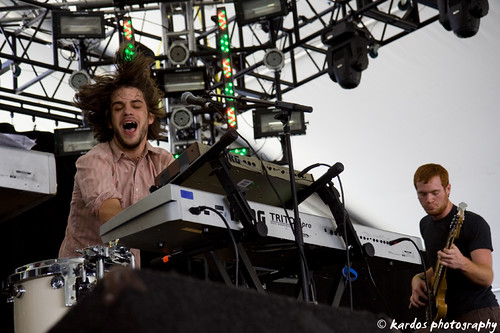 The Annuals @ Coachella 2008, shot by Natalie Kardos
I actually got to enjoy their whole set while I was sitting in the grass in the VIP area of the tent. And this is when things really started turning around for me. I don’t know if I managed to get a twelfth or thirteenth wind that weekend, or if I just reached a point beyond being tired, but after their set, the whole day went swimmingly and ended on such a good note. So yeah, I’ll probably do it all over again next year. 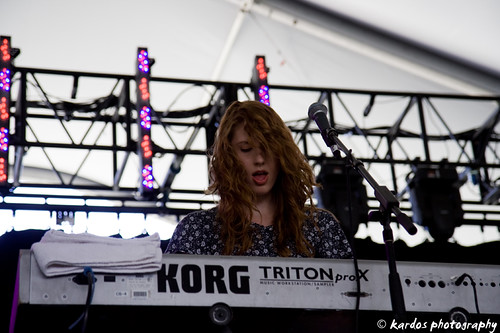 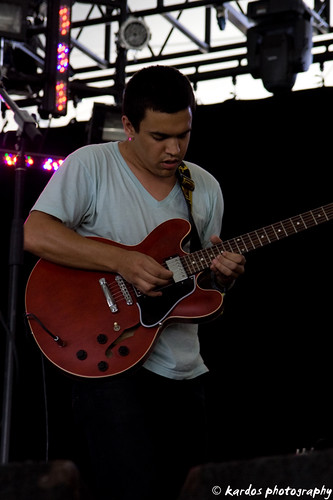 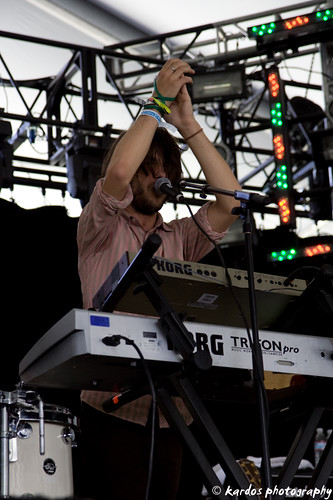