After Vampire Weekend, I hit up the press tent and actually managed to get internet access for long enough to check my email. Then it was back to the Outdoor Theater to see The National. They’ve added quite a few band members since I saw them in September at the Casbah – a keyboardist and a horn section. They opened with “Start a War,” one of my favorite songs off of Boxer, and continued with “Mistaken for Strangers” and “Secret Meeting.” The last song I caught before heading off to The Raconteurs was “Brainy,” although I did catch the beginning of “Baby We’ll Be Fine,” which Matt preceded with the comment, “The sun is setting. Time to put your sweaters on.” 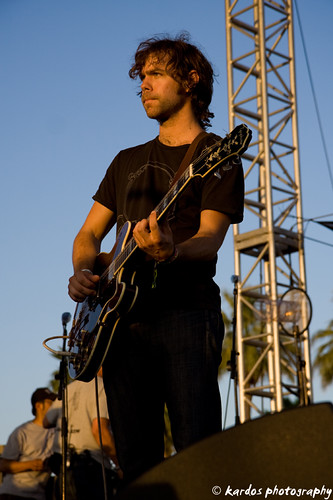 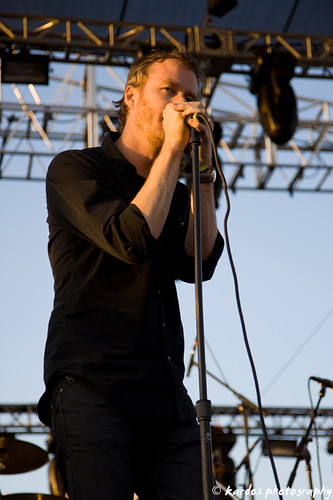 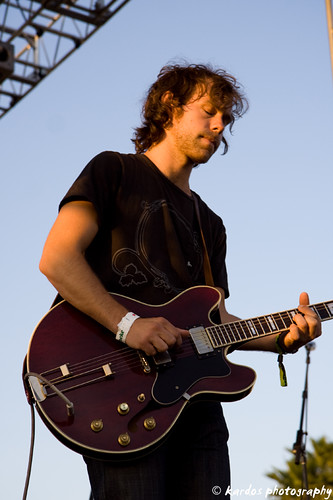 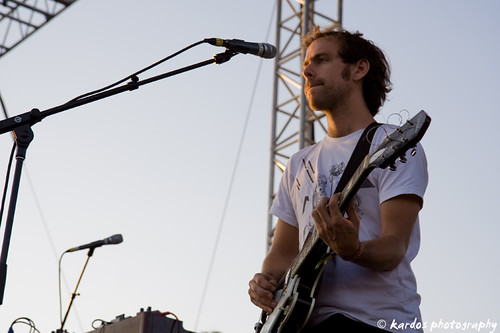 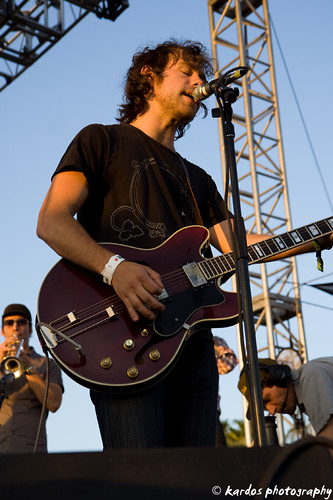 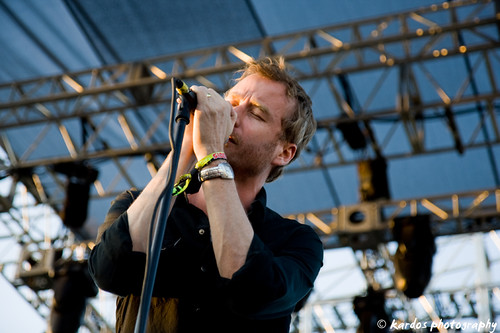 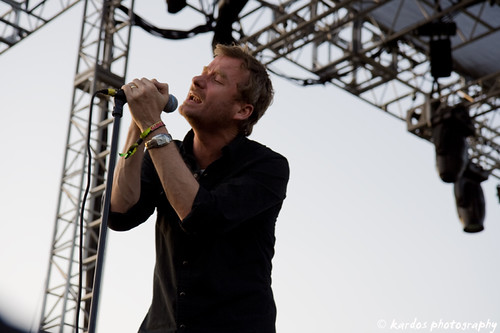 (Note the wedding band on Matt’s finger in some of my photos – sorry ladies, but it looks like he got himself hitched.)
Posted in Uncategorized