It really pained me to leave The National (easily my favorite band) before their set was over, but at least it was for The Raconteurs. I had seen them once before, at Soma about two years ago, and I also saw the White Stripes play Street Scene a few years ago. And no matter what incarnation, Jack White owns whatever stage he sets foot on. It almost makes you feel bad for the other performers onstage, although with The Raconteurs, Brendon Benson manages to hold his own. He doesn’t have quite the charisma to counter Jack White, but he is a solid frontman who takes over when Jack goes off on his crazy guitar solos. They played all new material for the first three songs, and I must say, I have to get myself a copy of their new CD. Even though I know it won’t be any comparison to seeing them live. 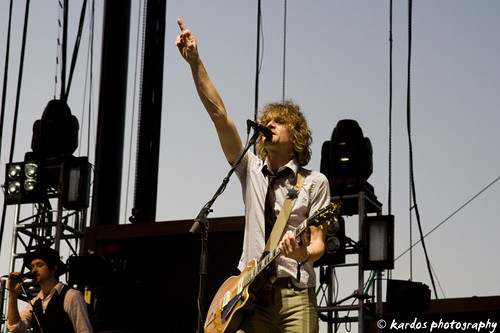 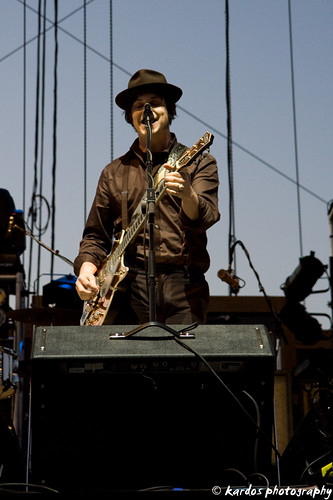 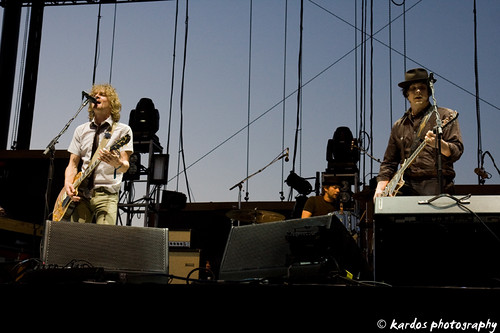 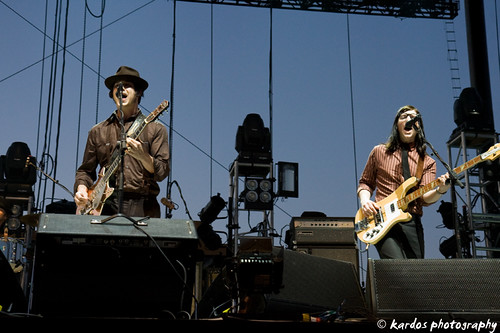 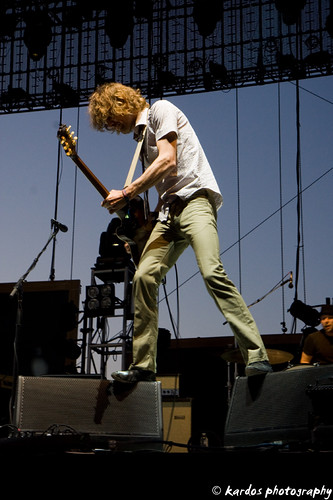 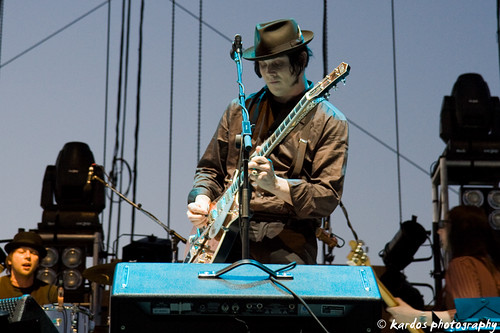