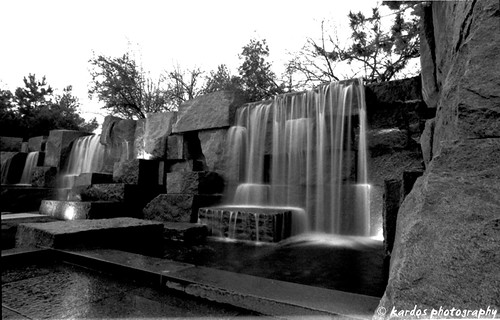 A black and white film version of this shot. There’s more grain in this one because it was shot on ISO 400 film – the digital version was shot at ISO 100, which also allowed for a longer exposure. You can really see the difference due to the cropped sensor on the digital SLR – both shots were taken with my Sigma 20mm f1.8 lens, but it’s obviously got a wider angle of view on the film SLR body.