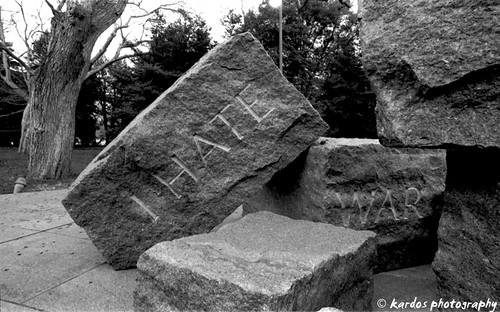 This should be the last of my film shots of DC. And it seems the people have spoken and they like the two-photos-a-day-thing. At least according to Google Analytics – for probably the first time (or at least the first time I happened to notice), I had more visits from direct hits yesterday than from any other single source (next highest was Google). All told, I had 95 visits – probably the most I’ve ever had without a direct link from another site (Rosey, Stereogum, CatDirt, etc.).

I’m hoping to make some changes around the site in the coming weeks, mostly in terms of layout. If anyone knows any good blog templates that allow for both posting large photos (like a photoblog), and also making text entries, let me know!