I’ve always been kind of skeptical of live DJ sets being billed as “shows.” The truth of the matter is, most DJ sets that I’ve seen are fairly boring. But I guess there are new standards in place, with mash-up artists like Girl Talk garnering rave reviews for their live sets.

Of course, Z-Trip is sort of the godfather of acts like Girl Talk, so it would make sense that he’d also have a fairly energetic live set. Photographing it was kind of boring, at least until live drummer Pete came out and joined him on stage. At that point, it was well past the three-song limit and I was knee-deep in the audience, two people from the front, and two people away from the mosh pit that broke out when he played Rage Against the Machine. Seriously. A mosh pit during a DJ set. Motherfuckin’ insane. The crowd loved him, as did I. During most of his set, they played videos from the songs that he was mashing up. He also did a collaborative song with one of the guys from Galactic on harmonica and Mr. Lif (I think, although it was hard to tell with the cape).

We also saw some girl get pulled out of the crowd and over the barrier twice by security guards. No kidding – she got pulled out the first time because apparantly she was “throwing punches” and forcing her way up to the front. No more than 5-10 minutes later, she was back, in exactly the same spot, and got pulled out again. Ridiculous. 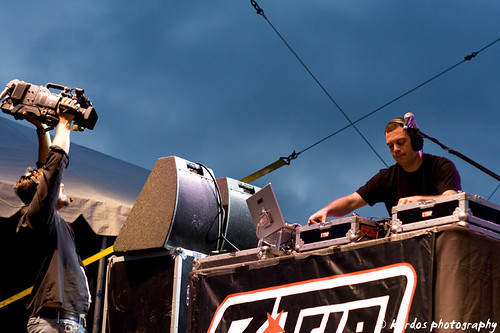 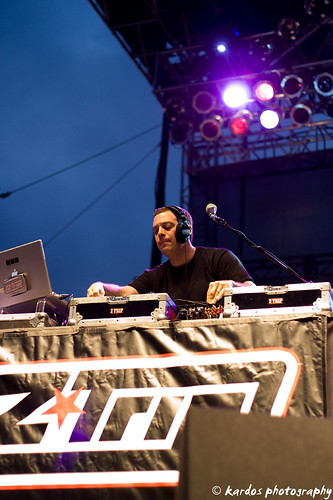 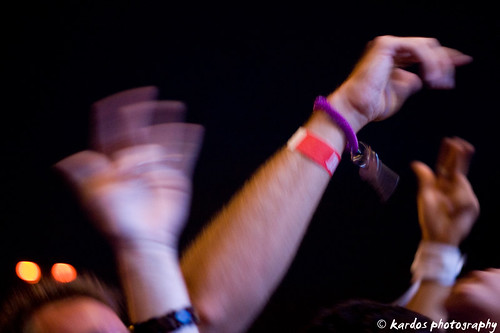 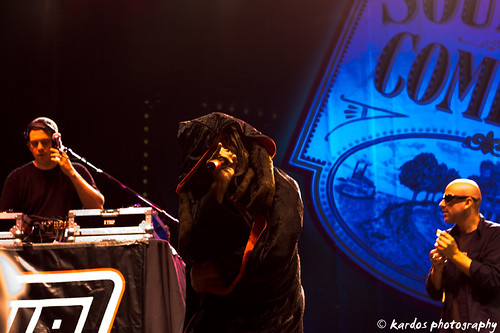 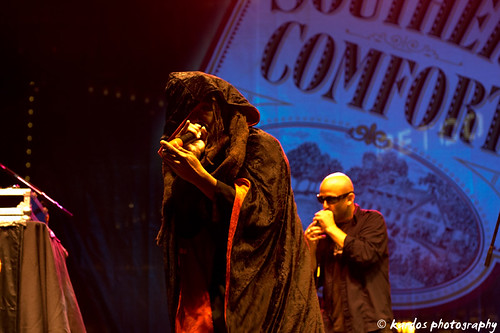 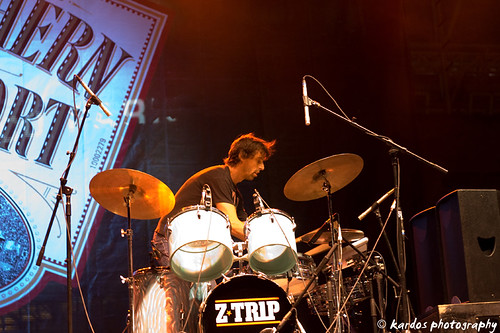 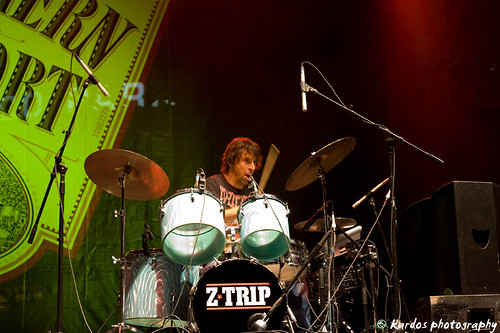 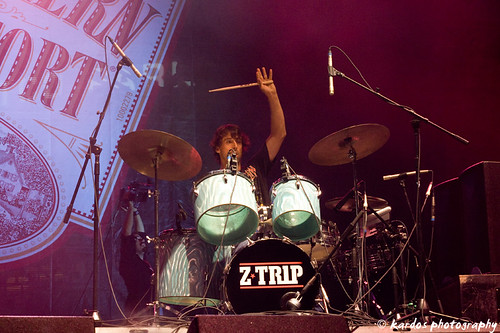 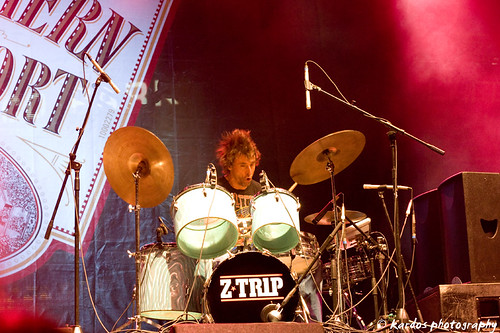 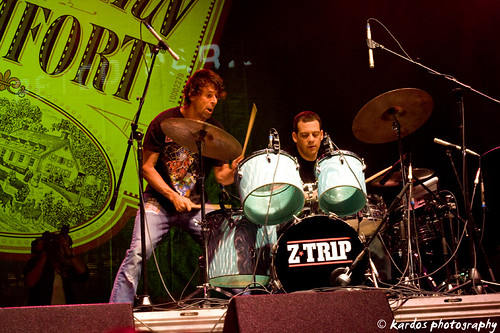