This list has been a long time coming (well, long meaning since around Thanksgiving when I saw my first “Best of 2007” list), and it’s been a lot more frustrating than I originally thought. I wanted to come up with a methodical way of listening to and evaluating all the CDs I deemed worthy of consideration. By the time I gathered all those CDs together, I realized I barely had the time to listen to all of them before the year’s end. This was coupled with the fact that my favorite albums tend to not reveal themselves to me all at once – they work their way into my brain surreptitiously (like ninjas, really) and stake their claim in my memory before I even really realize that they’re there at all. Actually, come to think of it, that’s how most of my relationships start too…

But, for what it’s worth, here’s my list of 10-odd albums that I rather enjoyed this year. I can’t call them the “Best of 2007,” because I wouldn’t be able to justify that title unless I listened to every single release this year. It’s simply a list of albums that I think I will still be listening to in 2008, 2009, 2010, etc. Some of these are obvious over-hyped blog favorites; some were maligned by those self-same blogs. I tried not to let myself be swayed by other lists, but I suppose that’s always a danger with reading other people’s opinions. Anyway, without further ado: 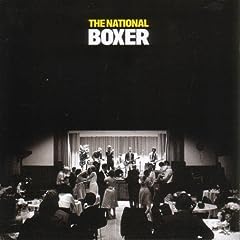 Anyone who reads this blog on a regular basis knows that I’m a mega-fan of The National. I was scared that this release wouldn’t be as good as Alligator (which, in my mind, was pretty close to perfect). I’m happy to say that I was wrong, and an outstanding live show in September only hit that point home all the harder.

This album got a lot of buzz before being released, and rightfully so. I only wish it were longer than 10 tracks, but the ending is a perfect descent into desperation. I read an interview somewhere with Will Sheff where he said he tries to explain situations from the point of view of the people involved in them, and he does an excellent job with that brand of storytelling. You find yourself almost nodding along in agreement with Sheff’s explanation of John Berryman’s train of thought that led to suicide.

Blah blah, free digital download, blah blah. I paid ~$6 for the album (good karma and whatnot), and I’m happy with it. This is not a light statement for me – I count this album as being the first Radiohead album I really liked/could listen to all the way through. 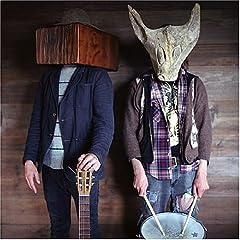 Passion, emotion, and great storytelling, combined with a truly excellent live show. What more can I say? 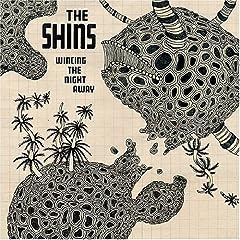 The Shins – Wincing the Night Away

I think the fact that this album was released last January led to it being forgotten while most people were considering their “Best of” lists. That, or they’ve been divorced from the indie scene for having good albums sales and more than 1000 people who recognize their name. At any rate, having almost a full year to listen to this album gave me the time I needed to truly appreciate its layered sound. 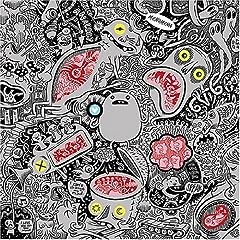 This album pumps me up every time I hear it. The stuttering rhythms, the vocal harmonies, the outstanding musicianship of all three members of the band just does it for me. They also figured out a way to break out of the tried-and-true indie rock formula, which makes them sound utterly refreshing. 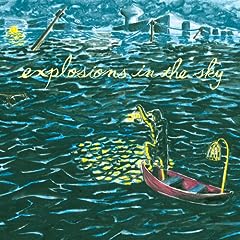 Explosions in the Sky – All of a Sudden, I Miss Everyone

This album puts me to sleep. Most people would take that as a negative statement. But given that I don’t sleep much, and usually have trouble doing so when I do have time for it, I am incredibly appreciative for the soothing instrumental post-rock that EITS consistently put out. Although all that soothing is wrapped up in intense emotional moments – I can only assume that those emotional releases are manifesting themselves in my dreams, because I usually wake up from EITS-soundtracked naps feeling incredibly relaxed. 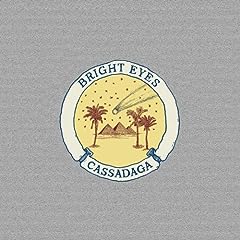 As far as I’m aware, a lot of critics didn’t like this album that much. But I find it incredibly easy to sing along to, with strong, driving melodies that just beg you to take a road trip by yourself so that you can belt out the tunes in the privacy of your car. I have a weak spot for Conor Oberst’s country-influenced albums, and this is definitely one of them. I just wish he would drop his penchant for including weird opening tracks that you usually end up skipping, or at least fast-forwarding through the first 2 minutes.

This sort of feels like cheating, because the album was originally released in 2006, but didn’t technically see U.S. release until October of this year. I also wasn’t aware of them at all until they played a show with Swim Party and Quasi, and I was completely blown away. “What’s the blues/When you’ve got the greys” is a lyric that only a Scotsman could come up with, but I completely understood the first time I heard it. Brilliant drumming too – I’ve never seen a drummer who plays harmonica while drumming before. 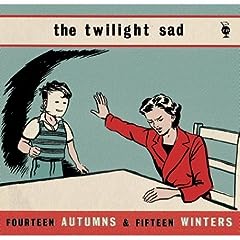 Apparantly this was the year for Scottish bands who released albums in 2006. This one was released in the U.S. in March of 2007. They do much more melodramatic music than Frightened Rabbit, but again, in a way that only a Scot could pull off. I can’t understand most of the lyrics due to the thick Scottish brogue enveloping the words, but I don’t really have to in order to pick up on the angst that’s riddled throughout the songs.