Last night I scanned the first roll of black and white film I ever shot and developed myself. The assignment for that class was to just shoot mundane stuff that you wouldn’t mind losing if you screwed up the developing process.

I managed to not muck up the developing part. And I truly excelled at the “mundane” part of the assignment.

There is only one shot on that roll of film (granted, it was only 24 exposures, not like the 36 I shoot these days) that I liked then and still like now. My framing left a bit to be desired, and let’s just say I’ve learned a lot about composing a shot since then. That’s how it’s supposed to work, right?

That being said, here’s the shot: 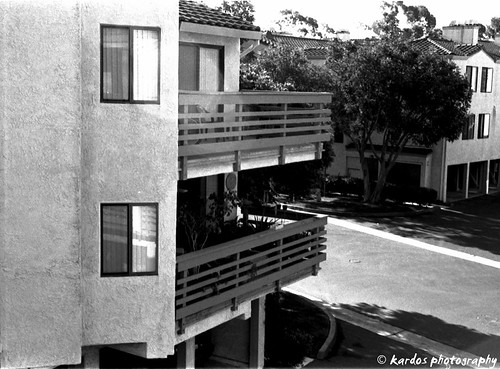 This was also the first negative that I ever printed on paper – I’ve still got it lying around somewhere.