Anti-Monday League was all-local this week. I had never heard of any of the bands playing, but even by Monday I knew it was going to be the kind of week where I needed to get out while I could.

The Amalgamated were the first band up, and they were already playing when I arrived. They had a decent crowd, with a photographer who was alternately taking photos and dancing around like crazy. Good, fun vibe, if you like ska. I’m not saying that I don’t, and it was cool to see a girl rocking a clarinet on stage, but it’s just not the type of music that I can get into very easily. It’s funny how when I’m not so into a band’s music, it directly affects the number of photos I take of them. Also, the lighting for The Amalgamated was pretty low, and I still hate using flash at the Casbah, with nothing to bounce the light off of. 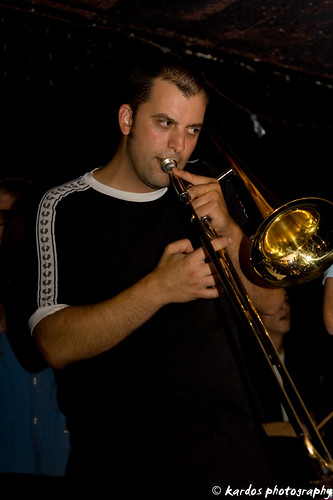 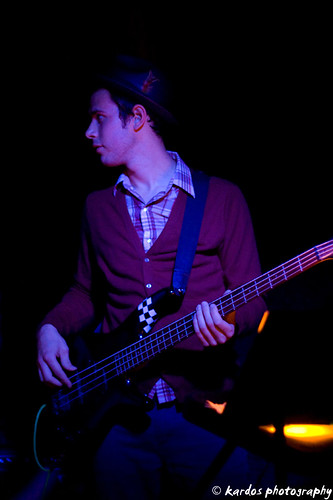 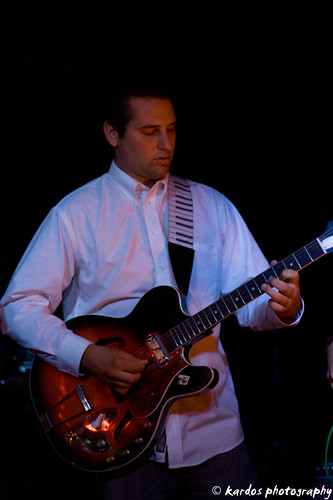 The second band that played was The Mighty Six-Ninety, and well, they were definitely the black sheep on the bill that night. I have no problem with derivative music per se, and this band was pretty solid…in their rendition of Cure/early Depeche Mode. This is completely a matter of personal taste/opinion, but I am so sick and tired of bands that sound like they came straight from the 80’s. It’s the stance I take on the recurrence of 80’s fashions as well. I wasn’t into it then, and I’m not into it now. Granted, I was 8 years old when the 80’s ended. Thus, I have more nostalgia for 80’s cartoons than for bands of that era. But seriously.

I remember having a conversation about the influence of The Cure on new bands with my then-boyfriend…almost four years ago. At that point, I was already fed up with it. I’ve never felt an affinity toward The Cure (or Radiohead, but that’s another story). That synth-y type of music just calls up a decade’s worth of cheesy movies for me, and it just seems dull, especially when everyone’s doing it. Find another band to worship/emulate, to at least change things up a bit. Or, have multiple influences from different types of music!

That being said, if you like The Cure or any other modern day version of them, you’d probably like The Mighty Six-Ninety. Pete did. I felt bad for them, because even though their set was good, pretty much everyone vacated the front room while they were playing. I guess ska fans don’t like The Cure either? 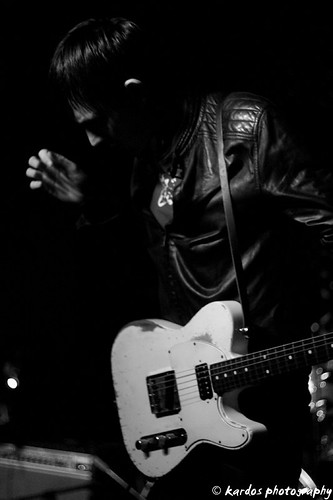 The final band of the evening was Manganista, who had an Oingo Boingo vibe to them. Again, not really my bag, but they were fun to watch for a bit. The singer was wearing a “Tim Pyles Hour” t-shirt that I found humorous, and the amount of people they had on stage (including a full size xylophone/marimba thing, pit orchestra-style) was impressive. The crowd once again seemed to be into the music, hanging out on the dance floor and even dancing along a bit. Unfortunately, I was feeling pretty beat at this point and decided to head home to catch some sleep before a long day at work. 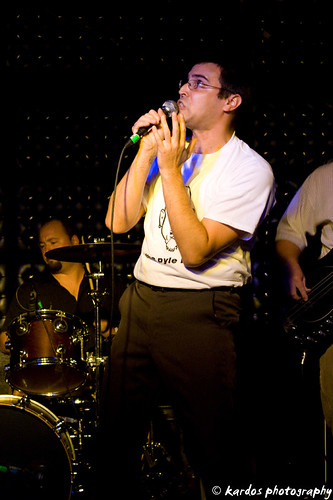 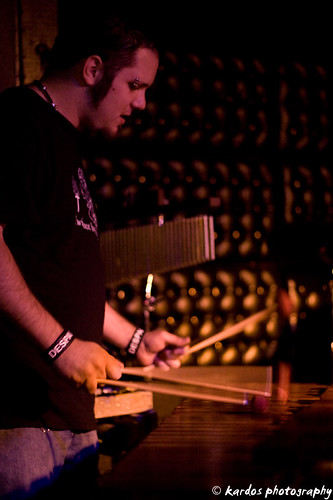 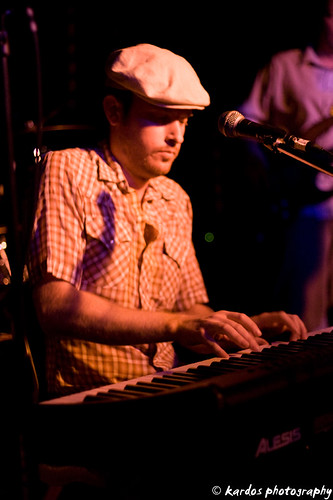 Before leaving though, I managed to get a shot of the sticker-adorned pool table in the back room: 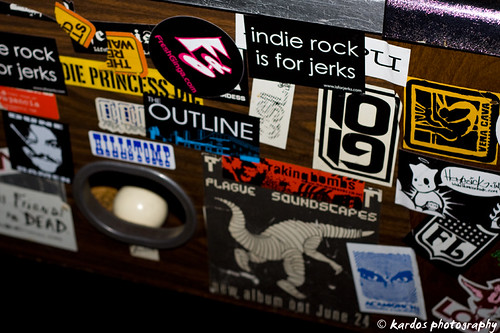 And, on the way to my car, I noticed this on the side of a dumpster: 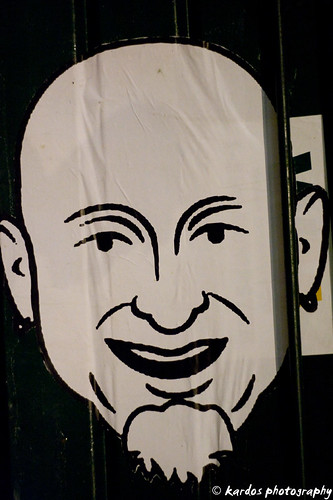