Shooting a daytime festival is kind of a pain in the ass. Not to mention, completely different from the shows I’m used to shooting.

It’s nice to have the ability to shoot at ISO 100 for once, don’t get me wrong. But I still prefer a super-wide aperture in order to keep all the crap onstage out-of-focus enough so that it’s not distracting in the photos.

Sunday, I was shooting mostly in aperture-priority mode, using the 55-250 f4.0-5.6 lens. I set the aperture to the widest it would go, given the focal length, and then spot-metered to let the camera determine the appropriate shutter speed. When the backlighting was strong, I set exposure compensation to +1. Sometimes, when the lighting was a real pain in the ass, I switched to fully manual and just found some settings that would work for most of the shots. The background sky is blown out in most shots because I don’t have a graduated neutral density filter for that lens, like I rented for Coachella.

And with that said, here are some photos of The Whigs. 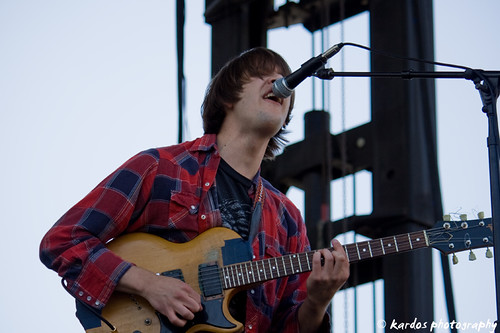 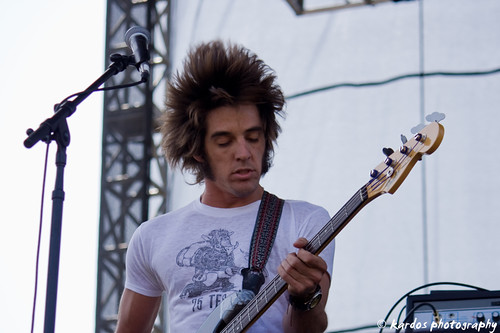 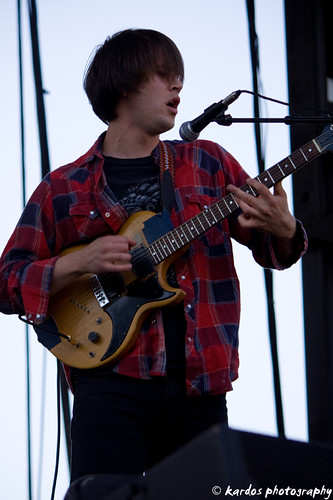