The routine of the day was quickly becoming apparent. Take photos of the band on the mainstage for three songs, climb the steps out of the stadium, grab a beer in the upper beer garden while listening to the rest of the main stage’s act, then go shoot three songs (or however long you felt like) of the local act. I like that the sets didn’t overlap at all, and that a lot more people than I would have expected seemed willing to climb up and down those steps all day to see both local and out-of-town acts.

The Wrong Trousers were the first local band to play, and they played cutesy twee with a harp (!), upright bass, and mandolin (I think?). Perfect music for a sunny summer Sunday afternoon. 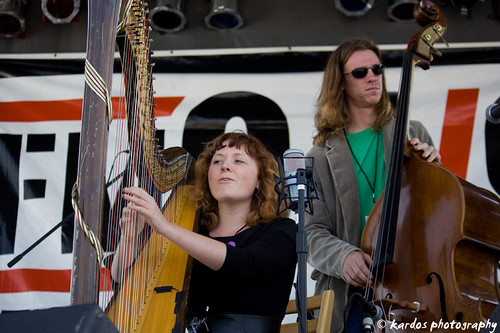 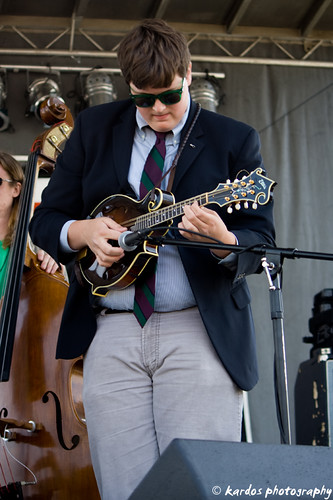 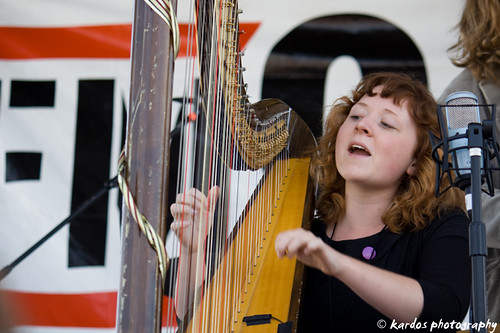 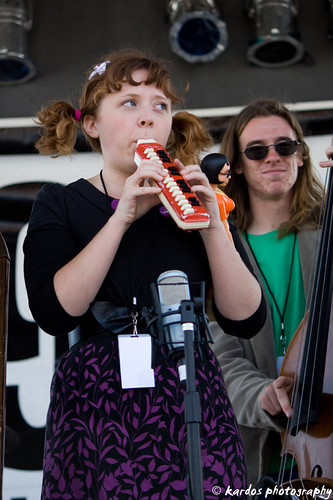