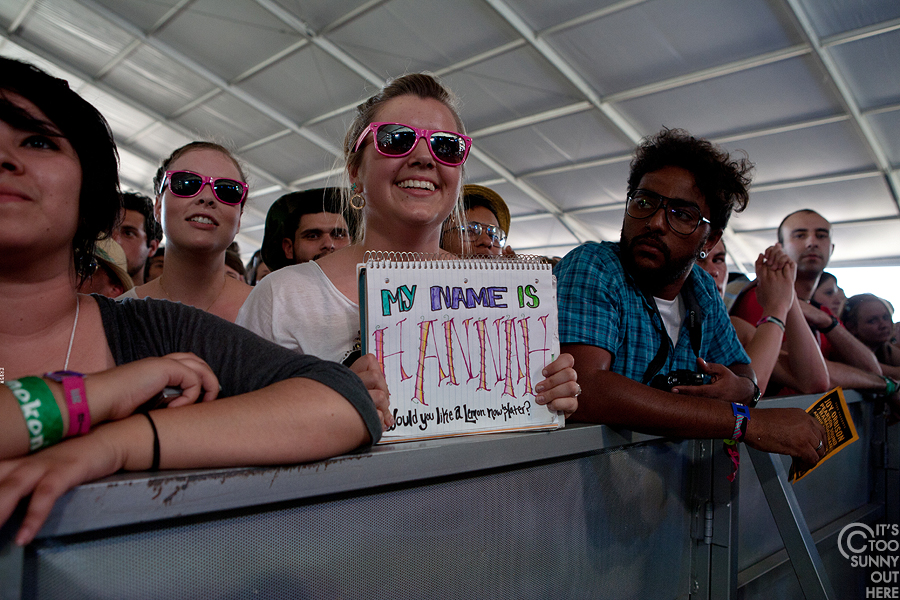 I loved the sign this girl was holding for Freelance Whales’ set at Coachella. It says “My name is Hannah. Would you like a lemon Now-and-Later.”

I also loved that the Freelance Whales didn’t kick photographers out of the pit after the first 3 songs. That is the standard practice at festivals, but the best photos never happen within the first three songs (okay, there might be an exception with Kanye’s set). So I ended up watching their whole set from the front row, sitting on the barricade bench when I wasn’t shooting so as to not block anyone else’s view. I wish more bands would get on board with this – so far I’ve experienced it with Freelance Whales, Henry Clay People, the Hold Steady (at Coachella and the 94/9 anniversary show last November), and Okkervil River (on the main stage at Coachella a few years ago). It also happens that these are some of my favorite bands 🙂