While most people I knew enjoyed a much mellower evening at the Open Air Theater with Wilco, I ended up at possibly one of the more raucous shows that the House of Blues has probably ever seen.

The opener was DJ Scratchy, who played a lot of Russian gypsy-esque music. It was…interesting. DJ sets aren’t really my thing, but there were some people dancing. I took the opportunity to grab a few beers before Gogol Bordello’s set. We also wandered over to the FM94.9 table, were they had just about the smartest giveaway ever – earplugs, which came in their own convenient keychain case. Pete took two pairs. Me, I’ve got my musician’s earplugs (thanks, hearing aide specialist Mom!), and trust me, they’re worth the price.

As the band was setting up, I worked my way up near the photo pit so I could jump in as soon as they started. Strangely enough, I also saw the girl from the SoCo Music Experience who got pulled out of the crowd twice by security guards during DJ Z-Trip’s set. Obviously not learning anything from Saturday, it appeared that she was going to try to sidle into a spot right up against the barrier at the last minute. There was also a girl in full-out gypsy/go-go dancer outfit, complete with finger cymbals. I guess what I’m trying to say is that the people watching was just amazing.

As soon as Gogol Bordello started playing, it felt like the temperature in the room had risen 10 degrees and the humidity shot straight to 100%. Which was fortunate, because then you couldn’t tell if the moisture on your arms and face was your own sweat, or somebody else’s sweat, spit, or beer. And yes, there was beer flying everywhere – it was like being at a college football game when the home team makes an outstanding play. I’m telling you, I was more concerned about the crowd at this show than I was at the Hold Steady show – and at the Hold Steady show, I didn’t have a barrier between myself and the crowd. 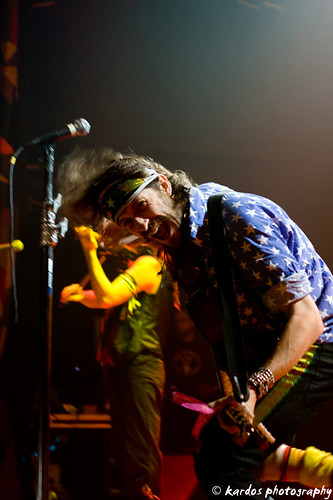 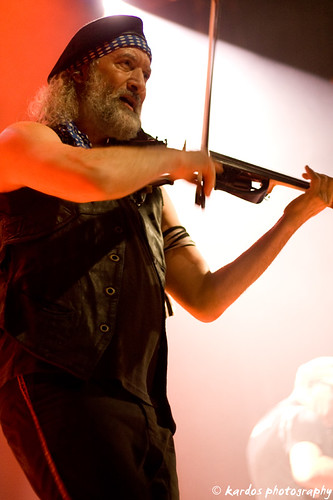 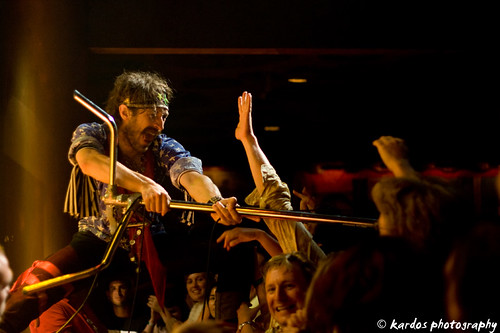 The singer was all over the stage, holding the microphone stand out to the crowd, straddling the space between the stage and the crowd barrier, and hauling crowd surfers up on stage to dance.
The violinist and accordian player (accordianist?) were also quite animated, with the guitarist and bassist hanging out a little more in the background. The band quickly ripped through an hour-long set, while crowd surfers went up every few minutes. The scene in the middle of the dance floor was chaotic and I was not brave enough to even try to get anywhere near it (plus I had the camera to think about). So P and I just hung out on the outskirts, alternately people watching and enjoying the band’s antics. 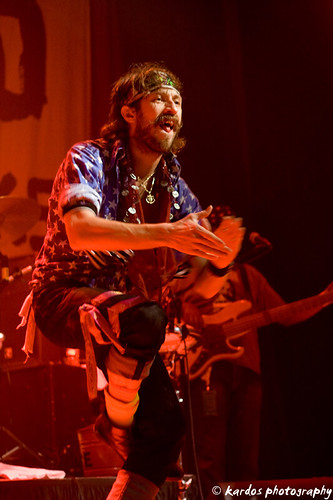 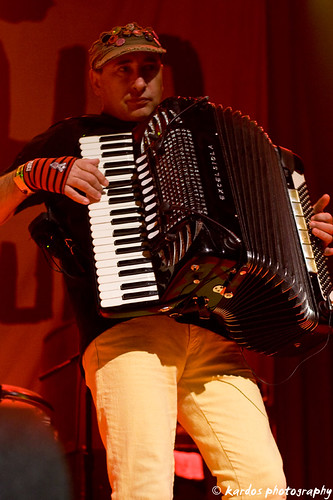 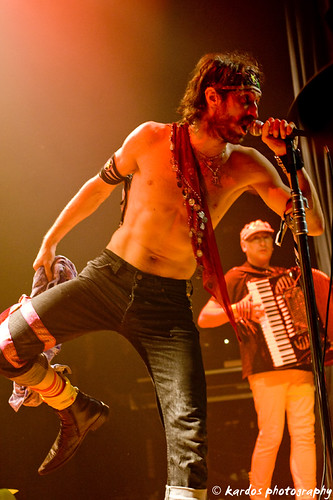 After their regular set, the band came back for at least two encore sets. We left during the beginning of the second encore though, because P is leaving for New York today and had yet to pack anything. 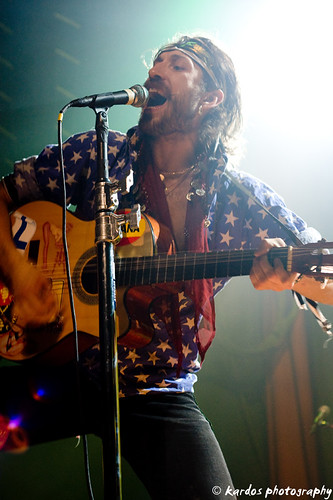 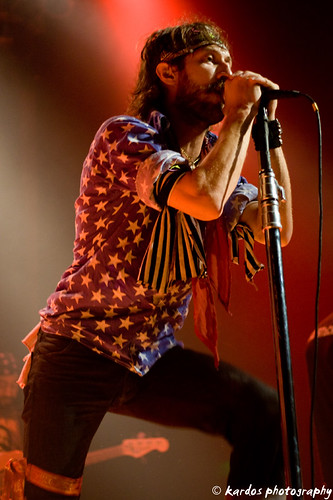 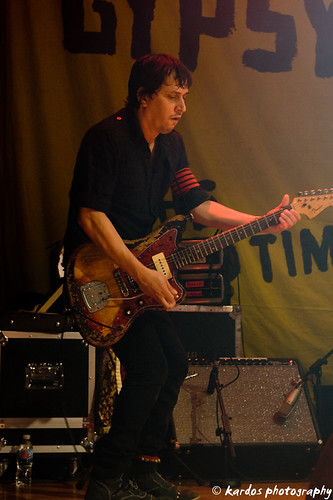 This show definitely goes up there with The Polyphonic Spree and The Flaming Lips as being one of the more energetic and interactive shows I’ve ever been to. I was worried that a whole set of their crazy gypsy punk music would start to wear thin after awhile, but it didn’t. Gogol Bordello is a band that I will probably never listen to on CD, but will try to catch whenever they play in town. The energy of their live show is so great that it could never be replicated on CD – I think listening to them recorded would just ruin it for me. 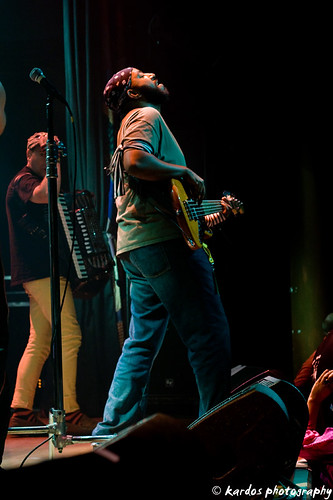 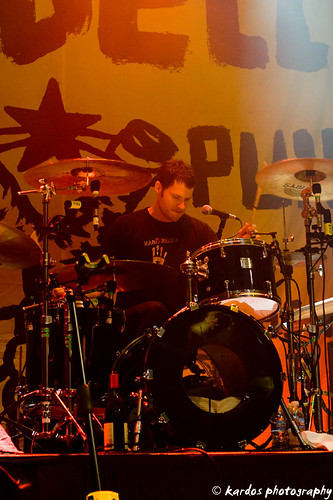