After randomly deciding one week in advance to take a road trip to the North Rim of the Grand Canyon, P and I somehow managed to get our shit together and pull it off. We were on the road shortly after 6AM (our preferred departure time), and managed to miss most of the traffic, except for a bit of it on the 215 going through Riverside (shocker). We ended up in Vegas just around noon, and grabbed lunch at the Irish Pub in New York, New York. A bit pricey, but the soup was damn good. There are no pictures from this part of the trip, because I was either driving or asleep. Well, actually, there should be some photos from Vegas on my point and shoot camera, but I haven’t bothered to load those photos on my computer yet, since P had control of it for most of the trip. The funniest part was that after eating, we walked out the wrong door to the Strip and saw a place called “Grand Canyon Experience” right across the street. At that point I sarcastically said, “Well, the hell with driving another 5 hours to get to the real thing!”

We escaped the allure of slot machines and poker tables, but still managed to spend about 2 hours there. When we left, I was driving, which meant I missed taking photos when the scenery got interesting, right around the Virgin River gorge outside of St. George, Utah. We stopped in St. George for a fuel and bathroom break, where I managed to get hit on by someone who lives in Salt Lake City but “drives a lot.” I passed on exchanging email addresses, and then P and I were on our way. 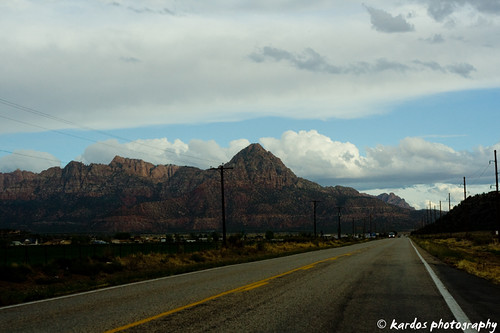 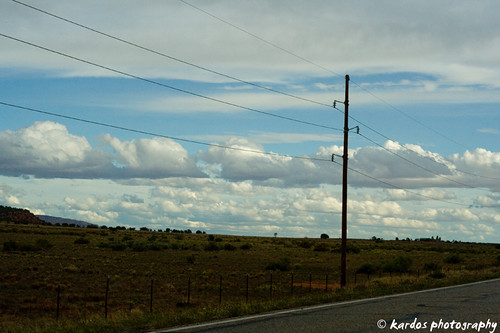 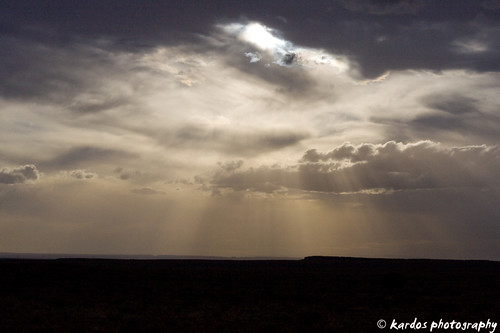 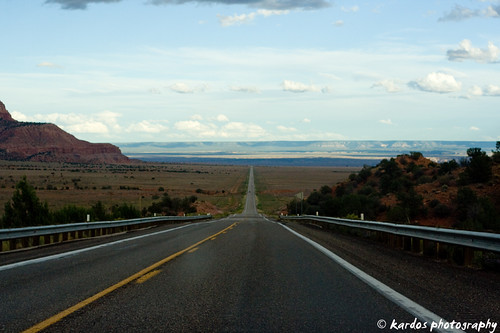 We got a little sidetracked and ended up seeing a bit more of Utah than we planned (when I say a bit, I mean about 20 minutes worth). After getting back on track, it became clear that we were going to be setting up camp in the dark. However, it was alright with us, because just as we started gaining elevation, we hit a “scenic view” in time for sunset. It was gorgeous. 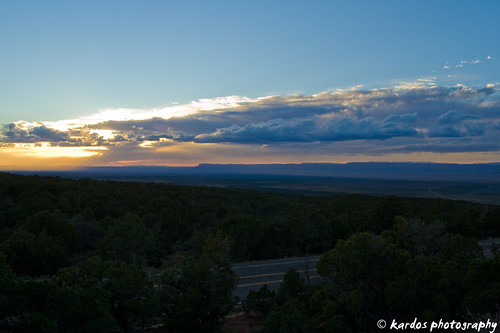 We finally made it to camp, after a brief period of driving through the Kaibab National Forest in the dark and worrying that we were going the wrong way. And FYI – the “town” of Jacob Lake (as it’s listed on the map), is pretty much one building. A lodge, curio shop, gas station, and restaurant all in one. We were worried that we would have no place to pick up firewood, but when we arrived at the campsite in the park, there was a large and fairly well-stocked (at least as far as firewood went) general store right at the entrance. Which was a good thing, because it got COLD that night. Not water-freezing cold, but cold enough that we didn’t have to worry about the ice in the cooler melting that much. Cold enough that we could sleep in past daybreak the next morning – a rare thing when camping, at least in my experience.