So, after setting up camp in the dark, it was nice to see everything in the daylight. We were basically camping in a forest, which was part of the reason why I wanted to go to the North Rim instead of the South Rim. A thousand feet more elevation meant more autumnal weather, and harder to get to meant less people around. Although there were a decent amount of “campers” in RVs. Sigh. 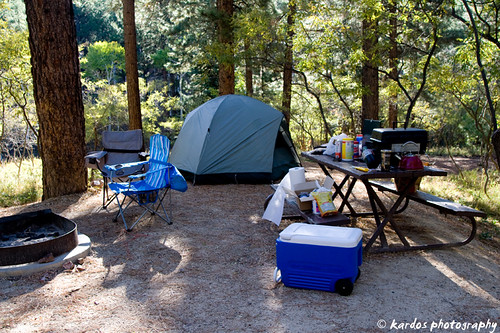 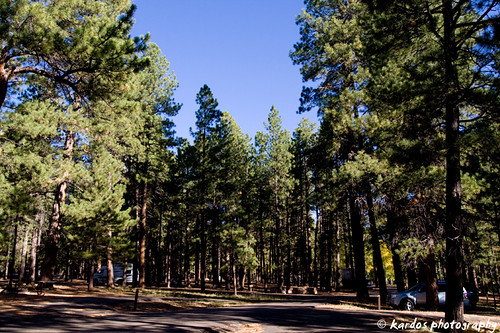 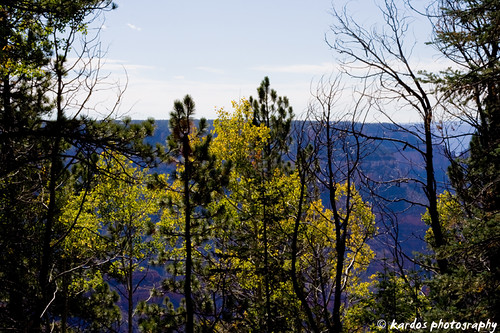 After waking up “late” (~7:30 AM), properly checking in to our campsite, and eating breakfast – mmm instant oatmeal – we decided to do some hiking. P was adamant about hiking into the actual canyon, and I can’t say I blamed him. I had been to the South Rim back in high school and remembered what a bitch it was to hike out of the canyon, but I said, “What the hell?” and we headed for the North Kaibab Trail. Our destination was the Supei Tunnel, about 2 miles in on the trail. 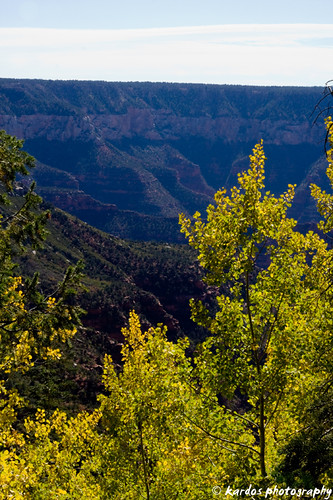 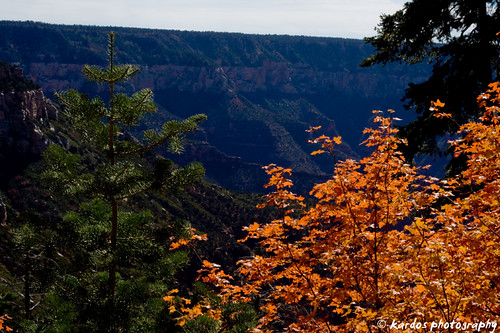 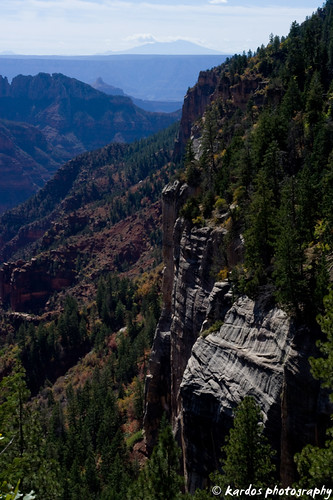 The trees at the beginning of the trail were absolutely gorgeous. Anything not pine was orange, yellow, or red. I finally felt like I was seeing evidence of seasons for the first time in a really long time. As we descended on the trail, it got both warmer and the vegetation got smaller and more desert-like. It was neat to be able to gauge your progress by the color of the rocks and dirt we were passing. 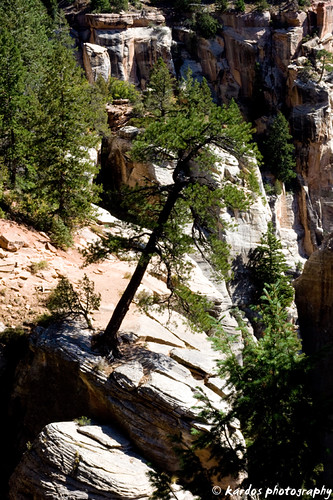 The trail that you can see at the bottom of the canyon in this photo is the continuation of the one we were on. The North Kaibab trail is actually much farther east than the Bright Angel trail on the South Rim that leads down to the Colorado River and the Phantom Ranch. In order to reach the Ranch from the North Kaibab trail, you spend another full day hiking after getting to the bottom of the canyon the first day. It sounds crazy, but I think at some point in my life I would like to hike down to the river and check it all out. 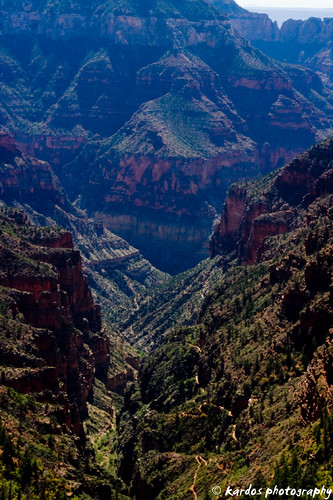 These wildflowers were growing on the side of the trail, probably fertilized by the mule trains that went past at about 10 minute intervals. 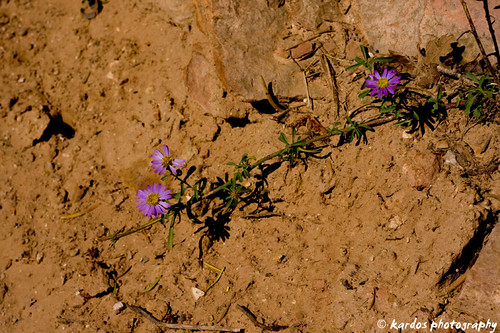 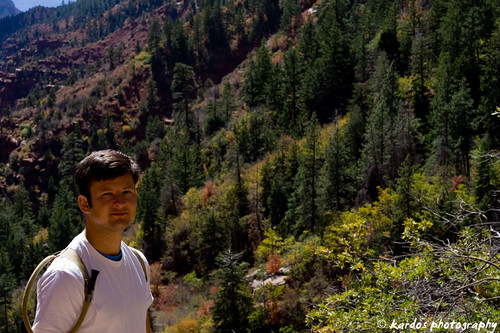 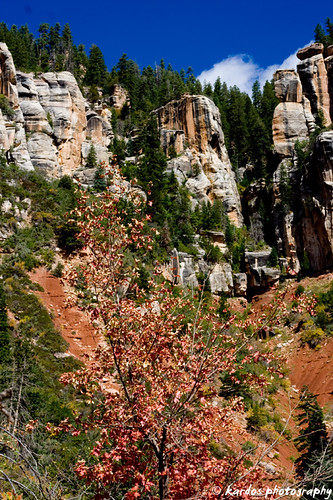 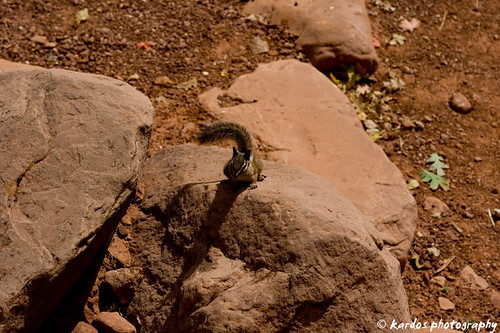 Once we got to the Supei Tunnel, the desire to continue on was pretty strong. Unfortunately, we weren’t at all prepared for it, so I had to dissuade Pete from going on another 3 miles or so. It’s a good thing I did, though, because my hip started hurting pretty bad on the hike out. It got to the point where I was pretty much limping up the trail, which was not very fun. But we finally made it out, after passing many, many mule trains. 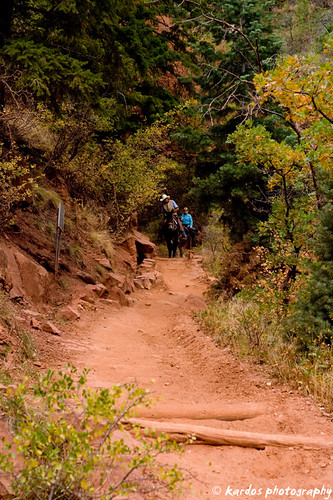 We had planned to do another hike in the afternoon after resting up, but a pretty bad windstorm came up, so we spent a couple hours hiding out in our tent, eating cheese and crackers and reading until we both ended up taking pretty extensive naps. So extensive that we missed the sunset.