Yeah, this post is a little late in coming. And I’m not in any way, shape, or form trying to review this show. I’m just using this post as a vehicle to express some of my opinions and observations about hip hop and to share some photos that I took at the show.

First off, I don’t understand why at a hip hop show the vocals would be pretty much unintelligible. Now I realize that On Broadway isn’t a typical live hip hop venue, but for the performers that I enjoyed, I would have appreciated being able to understand their lyrics. For a music format where the vocals are of utmost importance, wouldn’t you want them to stand out over the beats and be clearly heard?

Secondly, it was amusing to see the range of performers on stage that night. You had intelligent hip hop (the kind that I would actually listen to on my own), to routine dull hip hop of the “Smack That” variety, to the performer who we dubbed “the Shakira of hip hop” – she had her own backup dancers and was basically given a mic because she was attractive. Vomit.

My view of hip hop has always been tenuous. I appreciate acts like Outkast and The Roots, but in my mind I hardly classify them as hip hop. Sadly, the hip hop I’ve mostly been exposed to is that of the radio/club variety, which is, as always, music in the form of the lowest common denominator. The way I see it (and most everything I know about hip hop comes from watching 8 Mile), the basis for hip hop is to prove that you’re wittier or more intelligent or funnier than the next guy. There’s a lot of posturing that goes on, naturally. This form of hip hop I like. I like people putting together strings of words that just flow right, so by this means, I should be a fan of hip hop. But sadly, when people aren’t wittier or more intelligent than the next person, the challenge dissolves into the simple “I’m better in the sack than you” argument. Which, really, can’t be proven. And this is what offends me. It offends my sense of intelligence and creativity. It’s dull and boring and just stupid music for people to dance to in a club. So I guess it serves some purpose, but not one I’m interested in.

All that being said, all the posturing makes for some interesting visuals during a live show. And the lighting at On Broadway was actually better than I expected. 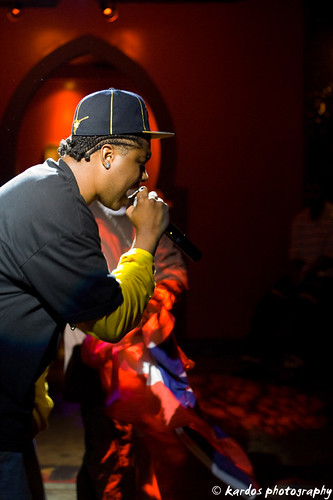 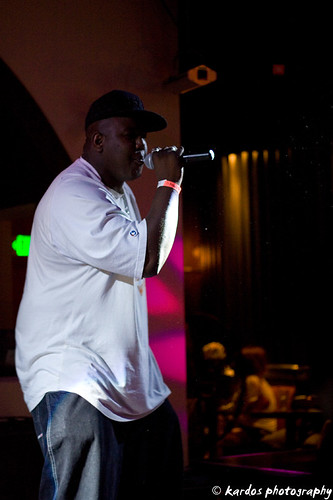 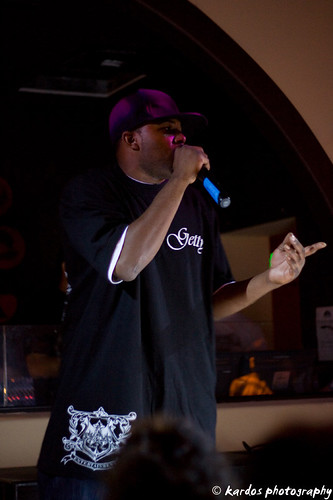 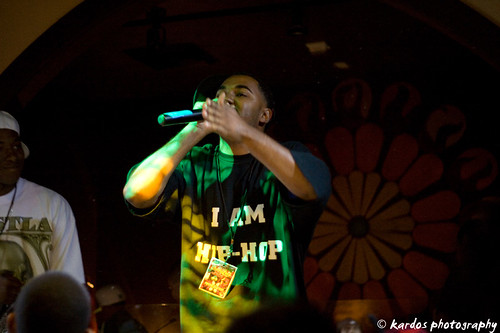 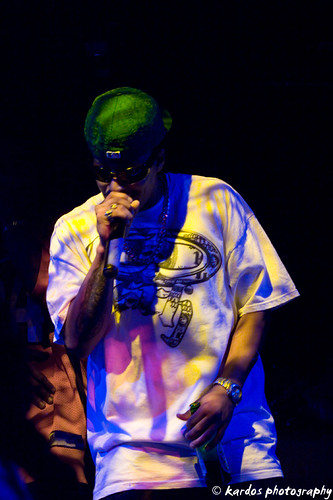 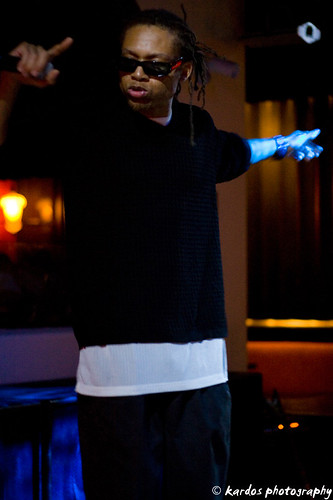 The rest are up on Flickr. Oh, and the reason I was there in the first place? I was supposed to be photographing a performer who never went on because the other acts took too long. Oops.