I have this weird ability to go into a sort of hyperfocus mode when I’m really concentrating on something. I first noticed it in college – I would sit at my desk, studying for hours on end, then when I finally stopped and stood up, I’d realize that a) one of my legs was completely numb because it had been curled up underneath me on my chair for at least an hour and b) I hadn’t gone to the bathroom in hours.

I’ve also been doing this recently while working on my presentation for my major proposal defense on Friday. Last night, I was working on my laptop while lying stomach-down on my bed, with my head propped up by my left arm. After awhile, I got up to do other things, and I realized that something was wrong with a muscle in my shoulder. Specifically, something was twinging midway down my subscapularis muscle. 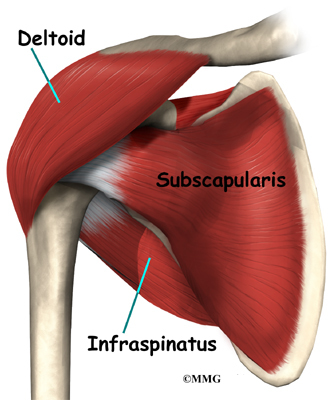 Usually these things have a tendency to go away after awhile, but it has been hurting all day today. Fortunately, it’s only when I put it in a certain position, but when I do, it fricking kills. It feels almost as though I pulled something. I’m going to have to get a massage when this defense is over, I swear. I’ll have earned it at that point.

My eyes are going batshit right now from staring at the computer all day. For whatever reason, I get really involved in making figures for powerpoint presentations – I’ve just seen so many shitty presentations where the figures were obviously drawn in Paint. It just looks so…unprofessional. I’m not talking about adding weird Powerpoint animations in or anything – that stuff drives me crazy too. I’m just talking about nice, clean figures drawn up in Macromedia Flash or something similar. Sooo much better.

Anyway, it’s naptime now. Hopefully when I wake up my shoulder will be fixed and so will my eyes. At any rate, I’m just glad to be out of lab, because someone decided it would be a good idea to do a phenol/chloroform DNA extraction and didn’t make use of the hood. Can you say headache?