I probably should have gotten to posting these photos a little sooner, but sometimes life gets in the way.

I didn’t know much of anything about Film School going in to the in-store, but I was impressed with the number of effects pedals they had for an in-store performance: 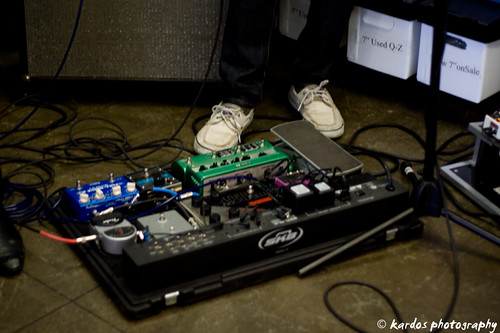 They were good. And loud, which was also impressive for an in-store. They seemed a little shy, unsure of what songs to play, or which could translate well in that setting. At one point the singer remarked, “This sounds different from the record, but you all know what we’re trying to do, right?” Having never listened to the record, I couldn’t claim to know what they were trying to do, but I liked what I heard. I wish I could have made it to their show that night at the Beauty Bar, but I was pooped coming off of 5 shows in as many days. My loss, for sure, but I promise I’ll be at their Casbah show May 30th when they open for Swervedriver… 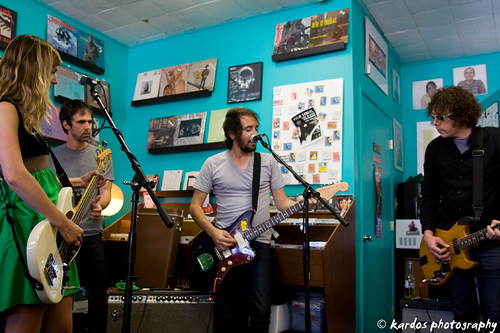 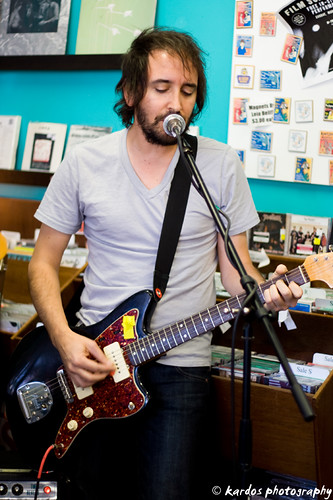 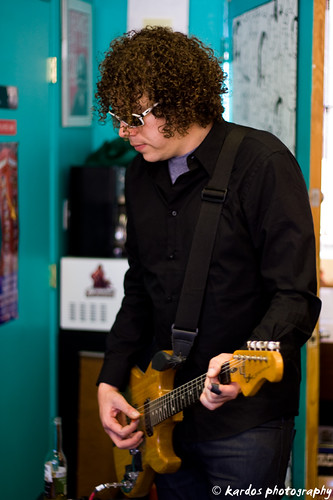 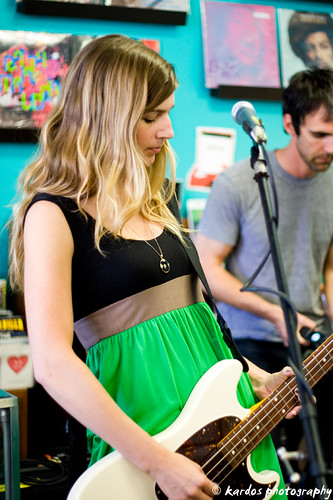