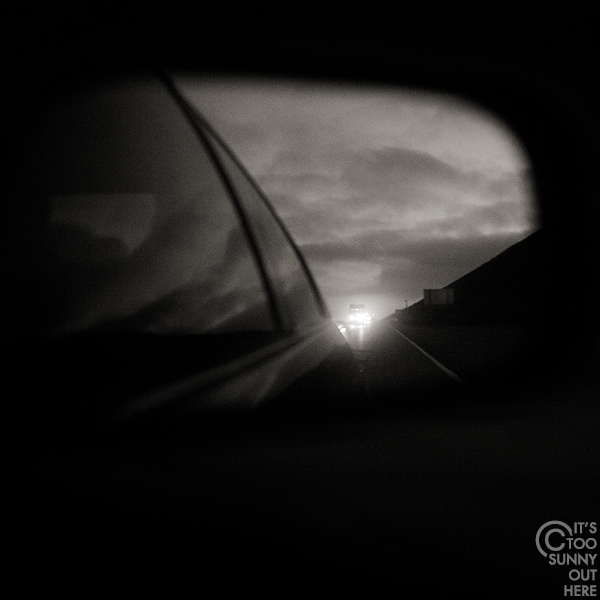 I’ve decided to keep these mixes going on a monthly basis again in the new year, because it’s been pretty amazing to look back at events in 2011 and have a relevant soundtrack at my fingertips. January’s mix is a tribute to travel via plane and car, to snow one week and warmth the next, to unexpected delays and fortunate trip extensions.

1. Adam Arcuragi – Oh I See
I had LASIK this month. I didn’t make the connection between that fact and this song title until I was typing up this post. So there’s that. Also, the album that this song opens is bursting so full of joy that I fell in love upon first listen.

2. Bryan John Appleby – Backseat
From Doe Bay Music Fest to the Tin Can Alehouse, Bryan John Appleby knows how to command a crowd. It was a struggle to pick which song I wanted to use on this month’s mix, but with the theme of cars and road trips, this one seemed most appropriate.

3. The Decemberists – January Hymn
I have to admit, I didn’t give last year’s The King Is Dead much heed. Yes, there was “This Is Why We Fight,” and “June Hymn,” the latter being the song I originally meant to put on this mix. But listening to that song led to this song, and the line, “When I could see her breath lead/Where she was going to” stuck with me.

4. Noah Gundersen – Caroline
Noah and his sister Abby played a fantastic version of this song at possibly one of the most gorgeous house shows I have ever attended, one Friday evening early in the month in Seattle. The wealth of talent in that city continues to astound me.

5. The Long Winters – Carparts
I fully meant to put “The Commander Thinks Aloud” on this mix, but I have sunk a decent amount of money into car parts (battery, both wiper fluid nozzles, tires, brakelight) this month so this song seemed more appropriate.

6. Motopony – Wait For Me
That last verse, you guys.

7. The Hold Steady – Citrus
I still get goosebumps on my arms when I listen to this song.

8. Deep Sea Diver – New Caves
From a delightful EP that I picked up after their opening slot for Bryan John Appleby. I’m anxiously awaiting the full length that is due out in a few weeks.

9. Damien Jurado – Museum of Flight
Maraqopa is absolutely beautiful. The vulnerability with which Damien sings “I’m so broke/And foolishly in love” breaks my heart every time.

10. Ryan Adams – Dirty Rain
The latest Ryan Adams release is still getting a lot of spins around here.

11. John Meeks and Joanie Mendenhall – Sometimes Love
I love the way that John and Joanie’s voices fit together on these tracks from their recent EP.

12. The Local Strangers – Devil and a Stiff Drink
Have I mentioned that I love the folks in this band fiercely? It’s an amazing treat to watch a song like this go from a single guitar riff to a full-band explosion.

13. Kathleen Edwards – Change the Sheets
This whole album has tapped into a vein of instant nostalgia in me. I can’t explain it, but I like it.

14. Sleeping at Last – January White
“The past will be the past/But the future is brighter than any flashback.” Words to live by.

15. Alabama Shakes – I Found You
This band is ferocious live. Go and see them if you have a chance, and pick up their full-length when it comes out in April.

17. Nada Surf – Waiting for Something
For the frustrating days.

18. Allen Stone – Satisfaction
You’ll want to see his show at the Soda Bar on March 21st. Trust me on that.