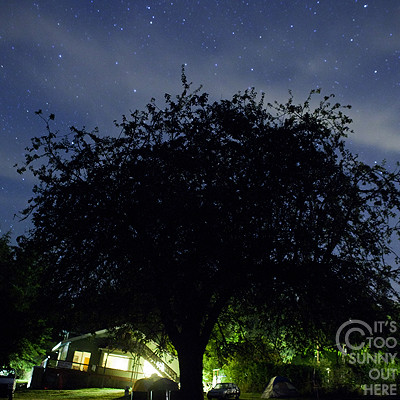 Oh. Hello there. It’s been a while, huh?

I’m finally feeling settled up here in the Pacific Northwest, despite everyone looking at me like I’m a crazy person when I tell them I moved from San Diego. After a whirlwind drive (we made it from San Diego to Seattle in a mere 36 hours, which included a good night’s sleep) and several whirlwind weeks including three music festivals, two Ikea trips, and a LOT of furniture building, I feel like this is home. I miss San Diego, and I can’t wait to visit in October, but I’ve been incredibly happy here and excited to explore all the things that this new city has to offer. It’s a good challenge, after so many years in one town, to have to learn another.

But enough about me, let’s get on with the tunes! With everything going on in my life, I ran out of time to make a July mixtape (and almost ran out of time for an August one, at that). So I’m offered up one mixtape to serve both months, and hoping that after this, I’ll be back on schedule with this monthly mixes.

1. Kithkin – Ampersand
The beginning of this song reminds me of Fever Sleeves, and their set at Doe Bay Music Fest was incredibly high energy and fun.

2. Freelance Whales – Locked Out
I’ve been anticipating their second album ever since I was introduced to Weathervanes. October 9th is the release date, but enjoy this single while you wait.

3. The Last Bison – Tired Hands
Another band I was introduced to at Doe Bay Music Fest this year. I love the line “24 hours of waiting is not that long.”

4. The Mountain Goats – Cry for Judas
This album comes out on Tuesday. Stream the new record here, or do what I did and preorder to vinyl back in July and then forget about it until it shows up on your doorstep.

5. Tyler Lyle – Free (I Am)
I loved Tyler Lyle even before he played my going away party in San Diego. I love him even more since he played “Things Are Better” for just me and Matt, standing back by the merch table while the Casbah employees shut down the bar. One of my favorite moments in my life.

6. Land of Pines – Exploring
Land of Pines played a super energetic Doe Bay set, and their joy at being at the festival was written all over their faces. They gave away free download cards for their EP to the first 100 people to say hi to them at the festival, and I love that idea.

7. Macklemore & Ryan Lewis – Same Love
“I might not be the same, but that’s not important. No freedom ’til we’re equal, damn right I support it.” Love is love, and I support love.

8. The Cellar Door – Spring
I had the pleasure of seeing The Cellar Door twice in August – once at The Round, and once at Bumbershoot. Both times they blew my socks off.

9. Ben Fisher – Stars Like Bears
Ben was everywhere at Doe Bay Fest, and the weekend after the festival, we saw him at The Round, and then again busking at the Ballard Farmer’s Market. This song makes me think of the Glow-in-the-Dark Constellations book I had as a child.

10. The Long Winters – Seven
I’m not a person who requests songs at shows. My voice doesn’t carry in a crowd and I don’t like being the center of attention. However, when I’m sitting in a dark grove in the woods at midnight with a handful of other people and John Roderick asks for requests, maybe this song title slips out immediately and carries crisply through the still air. And maybe it’s magical.

11. Cold Specks – Steady
I’ve been meaning to put Cold Specks on a mixtape for a few months. The album was $5 on Amazon for the month of September, so I probably should have written this post sooner, but I highly recommend grabbing it anyway.

13. Ten-Speed Music – Swing State
Ten-Speed Music is Isaac Pierce. One night at Doe Bay, he stumbled upon our group playing and singing songs and joined in to play this one for us. It was absolutely gorgeous accompanied by shooting stars overhead.

14. Mike Mangione & The Union – Wear My Name
Matt played this song for me on his last visit to San Diego before helping me move to Seattle. I have a distinct memory of listening to it in my car, exiting the 5 North toward the airport and the Casbah. It will forever be connected with that last time we had to say goodbye at an airport, and those final two weeks before taking a giant step together. Love, love, love.