I had the day off from work today, and since it was so sunny and nice outside, I loaded up some Fuji Reala 100 film into my Holga and went for a walk, and then a drive to Balboa Park. Looks like the second roll was the charm, because I got the exposure right for most of the frames, as well as the film winding. Immediately after shooting it, I took the film to George’s Camera to be processed, which they do for $4 in about 10-15 minutes. Note – that’s processing only, no printing. Since I’ve got a scanner at home that can handle 120 size film negatives (as well as 35mm negs, slide film, and 4×5 negs), I don’t bother with printing. I was quite happy with these shots, as well as the film, although on some of the shots there is a slight abberation in the middle that makes me think the film wasn’t tense enough during the shot. All part of the Holga’s charm. 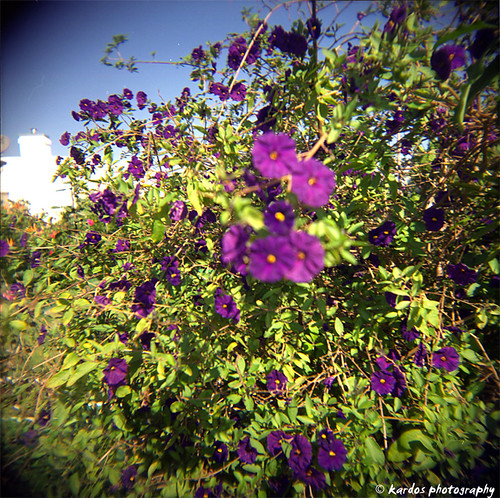 Purple Flowers, shot by Natalie Kardos
I wasn’t really paying attention to the focus like I should have been on this one, but I kind of like the effect. My neighbors have a boatload of flowers growing in their yard, mostly roses, but also these purple guys. 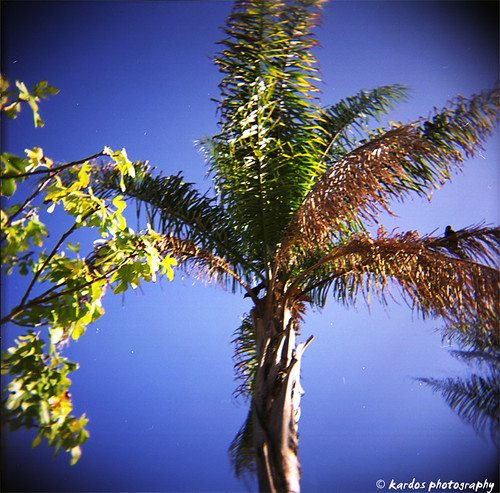 Bird on a Wire, shot by Natalie Kardos
I did a better job on the focus with this one. The thing that spurred me to take photos today was seeing some crows/ravens playing/bathing in a puddle of water outside my apartment. When I came back out after grabbing the Holga and loading film into it, they were no longer playing in the puddle, but I did manage to catch this one in a palm tree. He’s not actually sitting on a wire, but it made me think of the Rogue Wave song by that name. 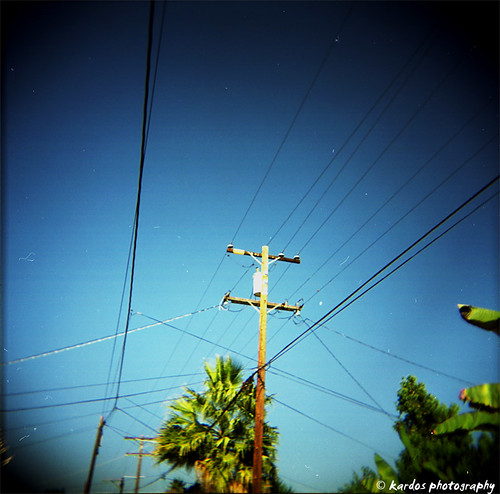 Wires, shot by Natalie Kardos
The alleyway behind my apartment offered this great view of wires going every which way. 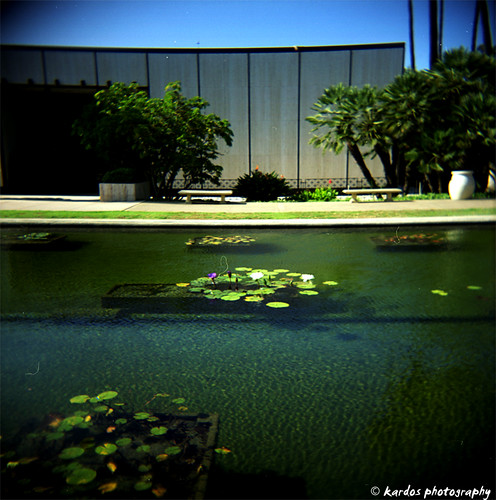 Lily Pads, shot by Natalie Kardos
This is the shot where the abberation in the middle is most noticable – look at the top line on the building across the way. Also, I need to be better about cleaning up my negs before scanning them… 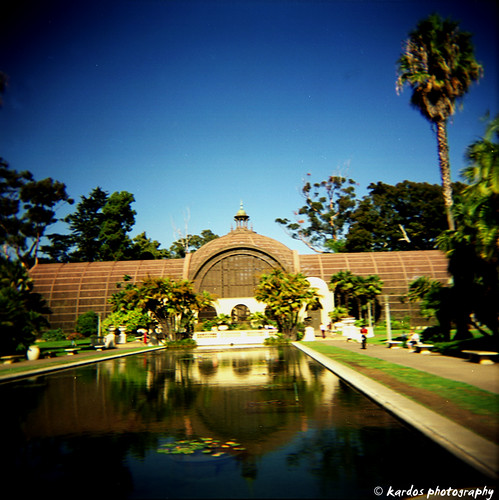 Botanical Gardens, shot by Natalie Kardos
I know, I know, obligatory shot of the Balboa Park Botanical Gardens from across the lily pond. Although I think using the Holga, and the slight tilt to the photo gives it a little more character of its own. 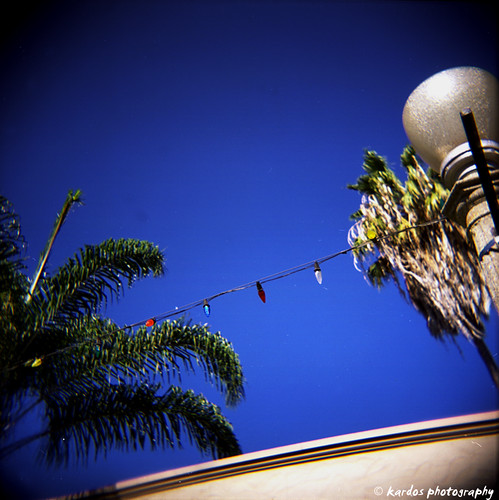 Lights on a Wire, shot by Natalie Kardos
I actually guesstimated the focus and framing pretty accurately for this photo. I dig the colorful lights. 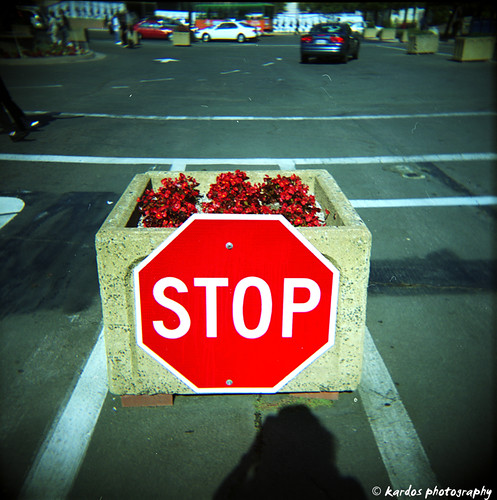 Stop, shot by Natalie Kardos
I noticed this stopsign because it appeared to be the same bright red as the flowers in the pot it was attached to. I also like that you can see the shadow of me holding up my camera to take the photo. 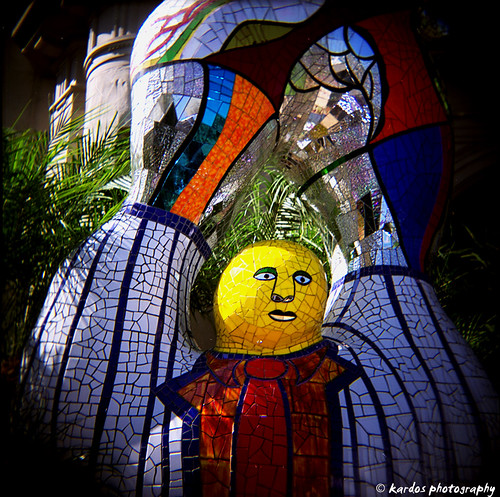 Mosaic Statue in Balboa Park, shot by Natalie Kardos
This statue in Balboa Park, along with the lizard statue near it, are some of the most colorful and interesting subjects I’ve ever run across. I used some fill flash on this shot because the statue was half in the shadows – unfortunately the lizard statue was completely in the shadows, so I didn’t bother with any shots of him this time.