While biking home from the Ken Theater after a showing of I’m Not There about a week and a half ago, I found a nifty pedestrian/bike bridge over I-15 near 40th and Monroe. I had my Holga with me, because the thing weighs next to nothing, so I took some long exposure shots of the headlights from the freeway. 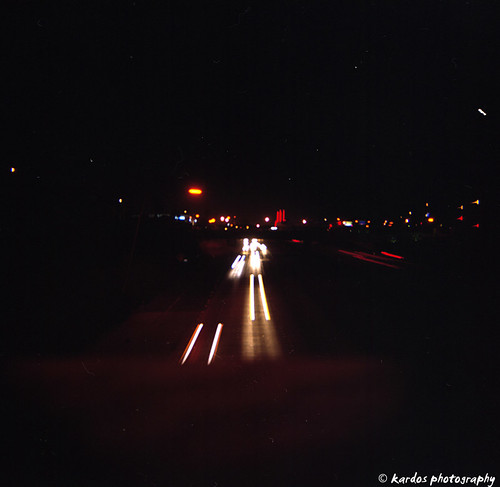 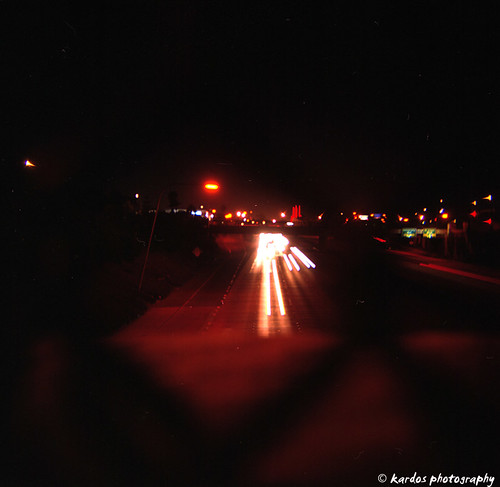 That one second really makes a difference, at least in terms of the immediate foreground of the shot.