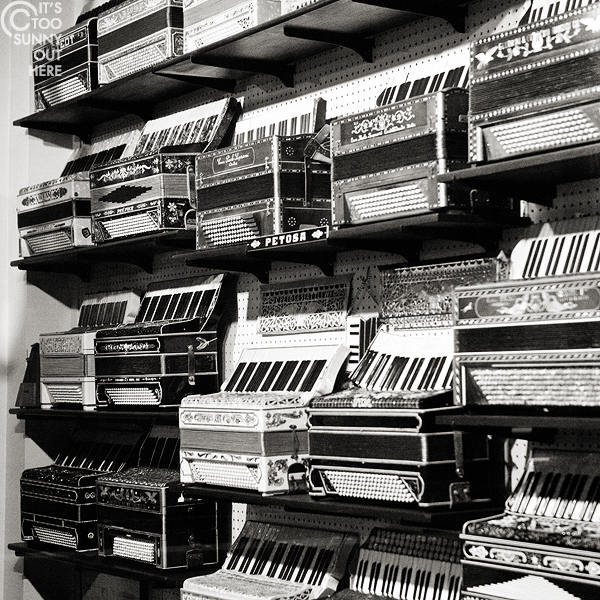 It’s been a busy past month – one in which I have constantly felt inundated with great new music and plenty of new memories and feelings on which to pin that music. Here are just a few of the tunes that are soundtracking these exciting times.

1. Crooked Fingers – Typhoon
I am in love with pretty much everything Eric Bachmann is involved with, and I remain impressed that the singer of Archers of Loaf can turn around and put out music in a completely different genre, and do it so well.

2. Campfire OK – Complimenting Parts
“I know, I know/I’m not prepared/I can’t risk/to not be cared for by you.” This. Yes. Also, go watch this video now.

3. Drew Grow & the Pastors’ Wives – Do You Feel It
I’d been meaning to see this band live a few times, but it never worked out. Finally I saw them open for Wild Flag, and they absolutely stunned me.

5. Nick Cave & the Bad Seeds – There She Goes, My Beautiful World
Randomly put on Abattoir Blues while editing photos one day, and got stuck on this song.

6. Wild Flag – Romance
I want to be Carrie Brownstein. I should start practicing my high kicks now.

7. Peter Wolf Crier – Beach
One of the many bands featured in the amazing lineup for Sezio’s Four Day Weekend. I was vaguely familiar with them thanks to a mixtape made by Susie, and was really glad to see them live.

8. So Many Wizards – Inner City
Another Four Day Weekend band, these guys were completely new to me and I couldn’t leave without buying their CD.

9. Cataldo – Black and Milds (Daytrotter session)
I was introduced to Cataldo via Heather at Doe Bay (specifically, the song “Don’t Lose That Feeling,” featured on my September mixtape). Love this song off their Daytrotter session.

10. Alabama Shakes – Hold On
This one comes courtesy of Adam, in reply to an email I sent him exclaiming about how there has been SO MUCH good music coming out recently.

11. Kris Orlowski – Warsaw
Kris sent me a kazoo with his EP. I love it.

12. The Radio Dept. – You Stopped Making Sense
The final band of Sezio’s Four Day Weekend. Saw a few songs of theirs at Coachella, but I felt lucky to be able to see them again and in such an intimate setting.

13. Little Deadman – Used to Feel So Good
They opened for Crooked Fingers and Strand of Oaks on Thanksgiving weekend, and held their own in a stacked lineup.

14. Dirty Gold – California Sunrise
I missed the night they played the Four Day Weekend, but haven’t been able to get this song out of my head lately.

15. Superchunk – Skip Steps 1 & 3
I’ve been working on collecting Superchunk’s discography ever since seeing them at Matador at 21 last year.

16. Coeur de Pirate – Wicked Games (The Weeknd cover)
I spent a lot of time listening to The Weeknd back in May, and this cover sends chills up my spine.

17. Lemolo – On Again, Off Again (Live @ KEXP)
I have nothing but love for Lemolo, and I’m glad KEXP feels the same.

18. Joel P West – St. Helens
Joel – both solo and accompanied by The Tree Ring – makes the most beautiful music coming out of San Diego these days.

19. Strand of Oaks – Sterling
Strand of Oaks opened for Joe Pug back in May, but I missed his entire set while listening to Joe tell stories of tour and trace their route on the map that covers the table of the back booth at the Casbah. I’m glad I caught their set this time around, as the live songs helped me connect with their records.