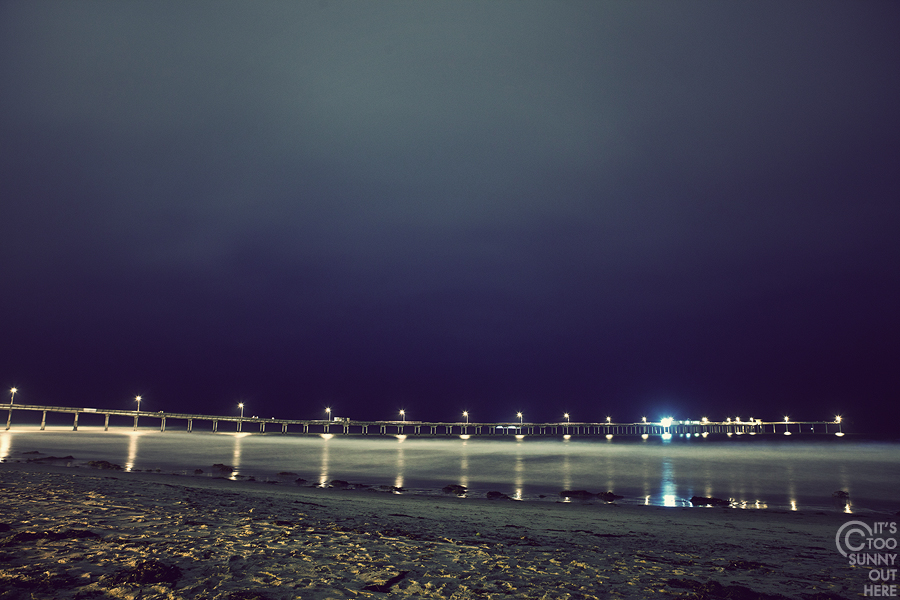 This one goes nicely with the recent rainy autumnal weather in San Diego. It’s a mix made for snuggling, whether with someone else, or just wrapped up in a blanket with a good book and a mug of steaming hot chocolate (perhaps spiked with some Baileys?).

1. The Lumineers – Ho Hey (Daytrotter session)
Several friends that have seen their live show have highly recommended this band, but due to their lack of a proper album, I had to wait until their Daytrotter session to give them a listen. And now I cannot wait to see them live.

2. Noah Gunderson – Honest Songs
If you like this song, go watch this video. Trust me.

3. Okkervil River – The Velocity of Saul at the Time of His Conversion
I was recently tasked with making an Okkervil River mixtape for a friend, as an introduction to a band that I love. In doing so, I rediscovered this song, which has been on repeat ever since.

4. Ryan Adams – Lucky Now
I had the good fortune to see Mr. Adams play at the Balboa Theater this past month, and I can honestly say, he has some of the best stage banter and one of the best live voices that I have heard in a long time.

6. Fitz and the Tantrums – Breakin’ the Chains of Love
Fitz has played in San Diego a lot, and I somehow always manage to miss them – which of course includes their show with The Head and the Heart on November 30th. Curse words.

7. Allen Stone – Say So
And here’s a song that will get stuck in your head, in the best of ways.

9. Camera Obscura – Let’s Get Out of This Country
Dug this one up directly in response to the following duet.

11. The Dresden Dolls – Delilah
I shot Amanda Palmer’s solo show at the Birch North Park Theater a few days back, and during her set, she took this request from the crowd. She pulled Tom from The Jane Austen Argument out on stage to sing the backup vocals, and holy wow.

12. Ray LaMontagne – Can I Stay
A cute boy may have sung this to me, and it may have been my version of kryptonite. Sigh.

13. Tyler Lyle – Things Are Better
I’ve been seeing Tyler’s stuff pop up on friend’s mixtapes, with good reason. It’s about time I got in on the fun.

14. Cuckoo Chaos – Healthy Ghost
I’ve been feeling a bit out of touch with San Diego’s local music scene lately, but I saw these guys a month or two ago and they are better than ever. Note to self – get out to more local shows.

15. Stephen Malkmus – Tigers
I’ve always enjoyed Malkmus’ guitar riffs and lackadaisical vocal delivery, and it was good to see him playing with a band he obviously likes – as opposed to the Pavement meltdown I witnessed at Matador’s 21st anniversary last year.

16. Ty Segall – Where Your Head Goes
They opened the show for Stephen Malkmus, and while I didn’t catch their entire set, I liked what I heard.

17. Someone Still Loves You Boris Yeltsin – Critical Drain
Still one of my favorite albums of last year, I got reacquainted with it while driving through Sedona earlier this month.