Last weekend, I headed up to San Francisco to shoot the inaugural Outside Lands music festival for Pitchfork.

Friday, the first day of the festival, fortunately started late, with no bands taking the stage until 5PM. I say “fortunately,” because the night before I went out with Jess, British Joe, and some other folks, and let’s just say I needed that little extra time in the morning. And in the early afternoon…

We headed down to Golden Gate Park a little later than expected, getting there in time to completely miss the 4PM press conference. But while in line, I met Heather from Fuel/Friends (who was covering the festival for Stereogum, ironically enough), and ran into Chris Tuite, who I had met while shooting Coachella. It’s funny how you run into the same people at these things.

Media passes secured, I headed to the press area behind the Lands End stage in order to get my passes for Beck and Radiohead sorted out. They required separate approval from their PR people, and in Beck’s case, an additional waiver. 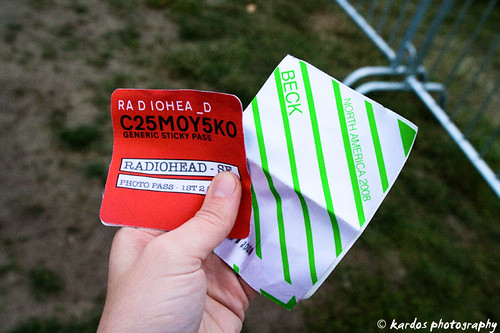 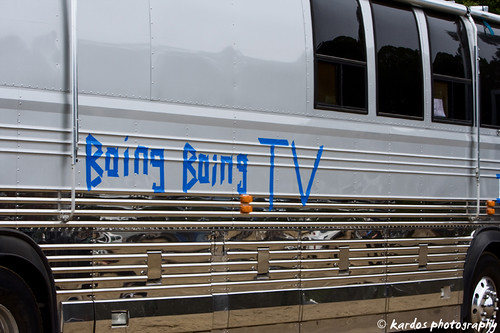 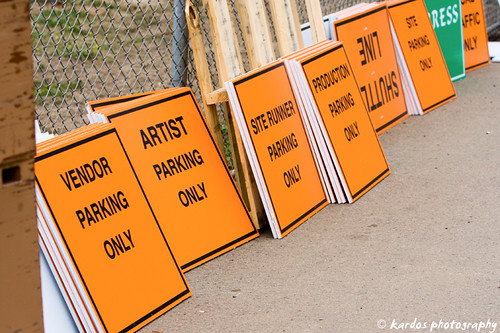 Then it was off to the entire other end of the festival grounds (~half a mile away) to shoot Black Mountain. I covered them at Coachella as well (during Roger Waters’ set, no less), and my impression then was the same as it was now – I just wasn’t stoned enough. 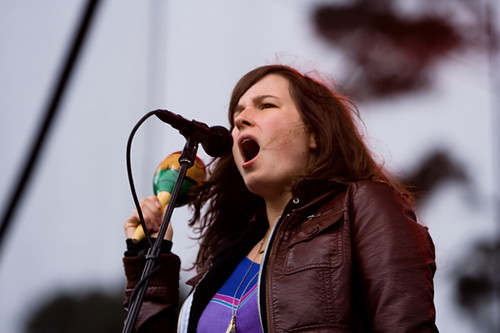 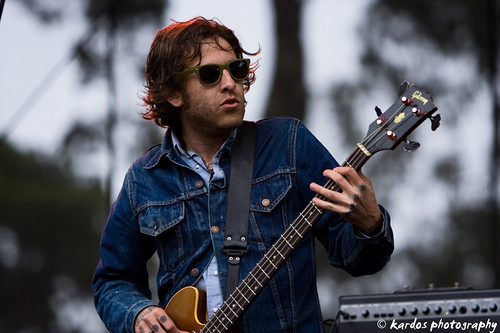 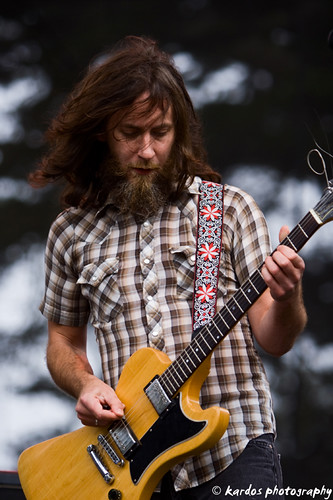 I was quickly remembering how shooting these festivals means giving up somewhat on really absorbing the music. It’s an unfortunate side effect of having the priviledge of standing ten feet from Thom Yorke for two songs.

But that’s just me. To say the crowd was thoroughly enjoying Manu Chou’s set on the Lands End stage would be an understatement. Flags were waving, and people were jumping up and down and dancing all over the place. It made me smile, which was a good thing, because I was just about to learn what a pain in the ass the Sutro stage was going to be all weekend. 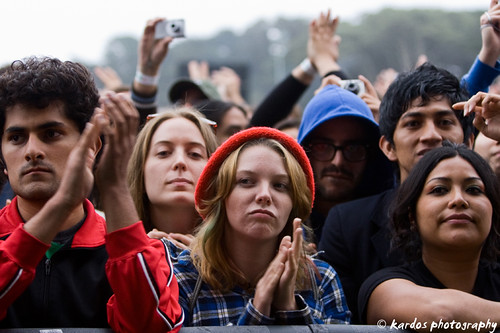 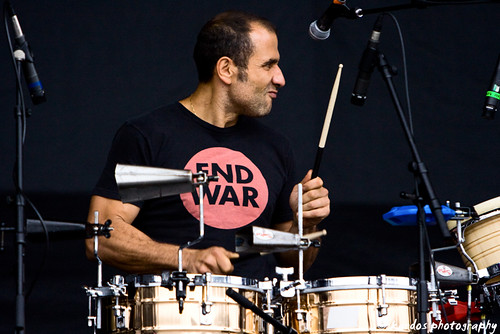 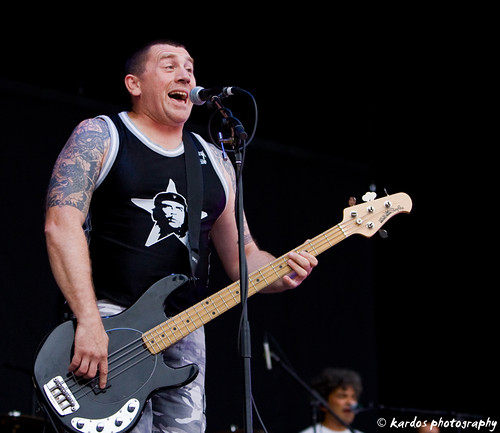 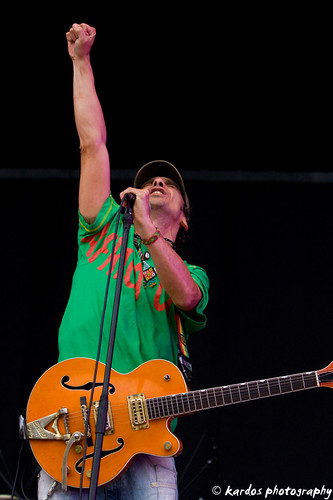 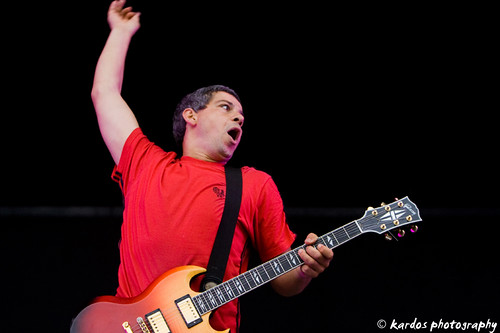 So. The Sutro stage. Ugh. No easy way to get to the photo pit except wading through the narrow bottleneck of a crowd. I was starting to understand why Coachella is where it is – on a completely flat, wide-open field. I ended up following another photographer up onto the handicapped viewing platform, jumping down between some railings, and then cutting over a chain strung between two posts. And then wading through 1/10th of the crowd. Not fun, but I definitely got used to it over the course of the weekend.

So. Beck. His PR people made us sign a waiver saying we couldn’t post the photos we took anywhere but in the publication we were shooting for. Fucking lame. So…check out my Flickr site if you dare.

I completely missed The Black Keys because there was no way I was going to make it over from behind the Sutro stage to the Twin Peaks stage in time, and then make it back for Radiohead without completely killing myself. So I bailed, and was pretty bummed.

I ended up just going into the photo pit for Radiohead really early. Like, 30 minutes early. I’m not really sure if this was okay, or if I went in the wrong side of the pit (because everyone else was escorted in about 10 minutes before their set), but whatever, I was there. And I made friends with some nice lighting guys, and even got to see one climb up a crazy rope ladder. 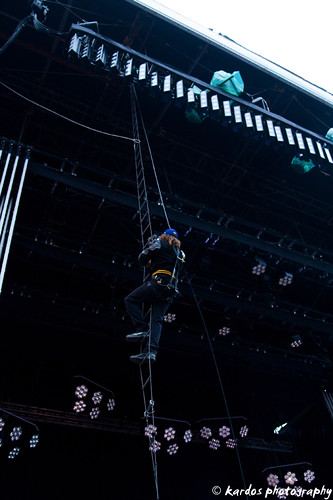 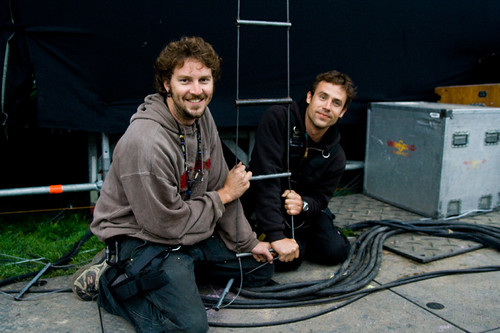 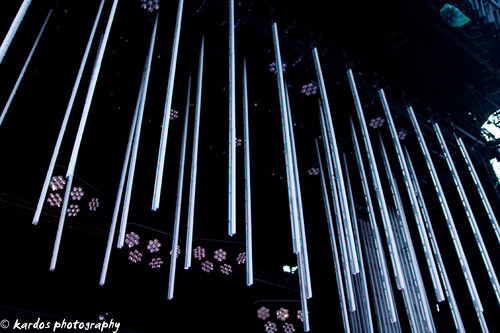 And then there was Radiohead. Which requires a separate post entirely… 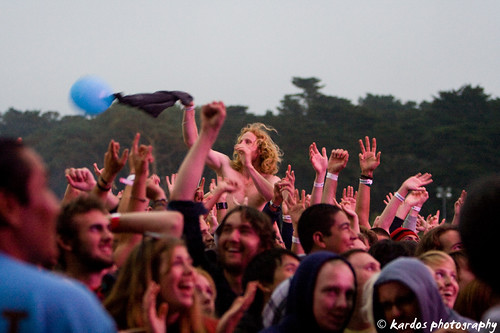