Is it bad that I have to look at the photos I took on day two of Outside Lands to even remember who I saw?

Also, is it bad that my pants were noticeably looser when I wore them after washing them Monday night? I call it the “Music Festival Photographer Crash Diet.” Basically, run around from stage to stage for three days straight, fueled by adrenaline and anxiety and the rare slice of pizza or foot-long hot dog. By that I mean that my food consumption at the festival was limited to one slice of pizza on Saturday and a hot dog on Sunday. Yeah you read that right.

The first act I shot on Saturday was The Coup. I love me some Boots Riley, even if hip-hop usually is not my thing. I shot two songs and then regrettably had to run over to the Sutro stage for Devandra Banhart. 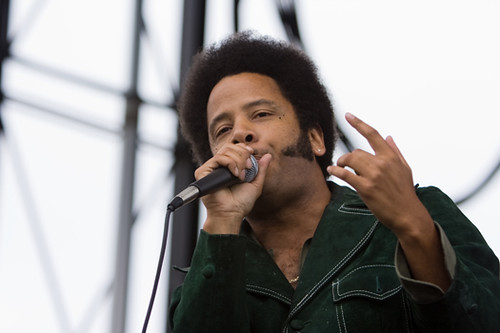 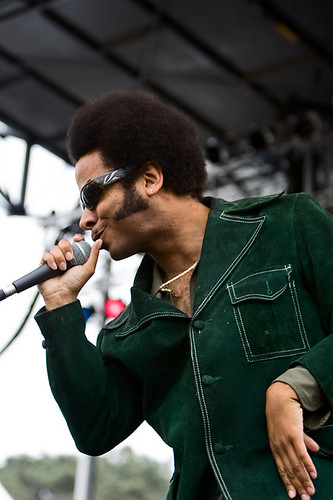 At the Sutro stage, it was a repeat of the day before with the jumping through the railing of the handicapped seating area to get up to the photo pit. Sometimes it seems like they really try to make press acess harder than it has to be. 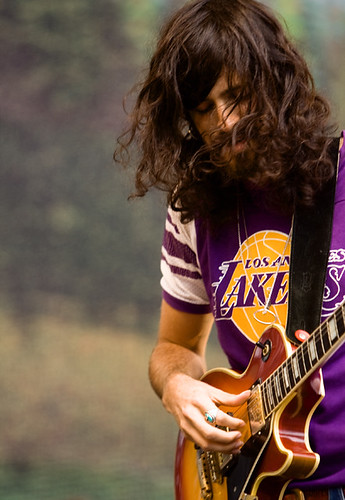 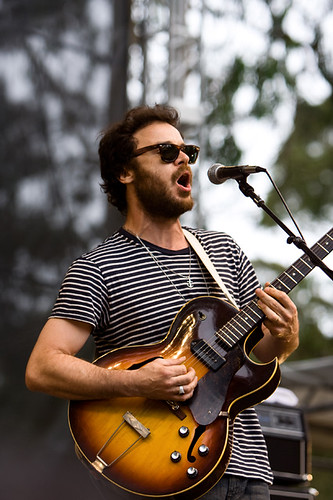 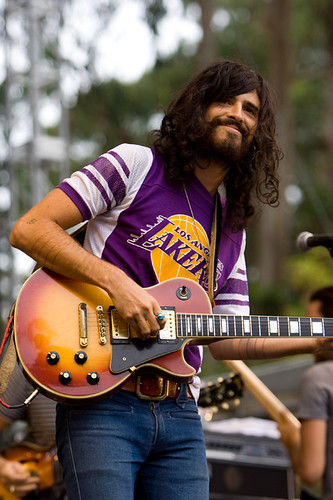 It was cute to hear Devandra say “As soon as we finish up our set, we’re all going to run over to catch as much of the Liars’ set as we can.” It’s always nice to see musicians geeking out over other bands.

Also weird was seeing the Liars play on the smallest stage of the festival, when four days later they were playing Cricket Wireless as the opener for Radiohead. 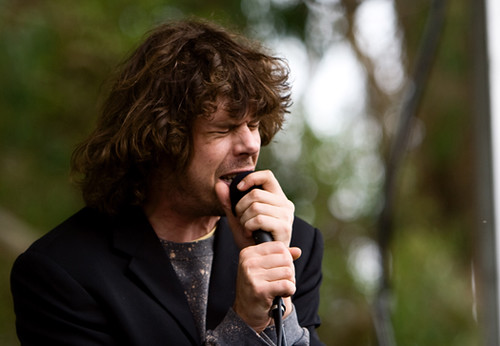 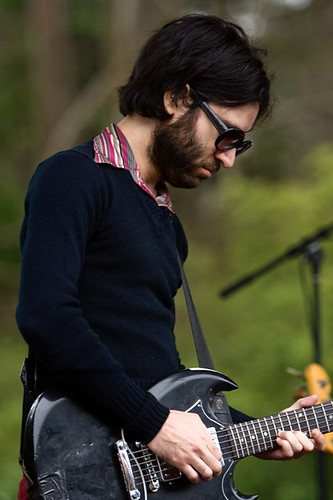 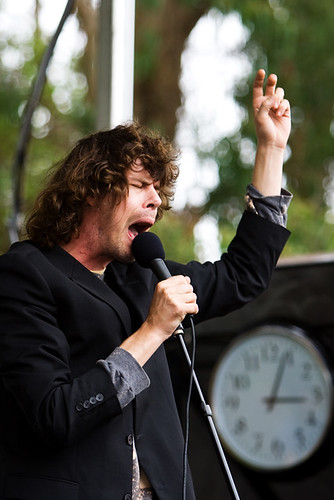 Pitchfork wanted me to get shots of Lupe Fiasco, but they also wanted shots of M. Ward. Given the distances (and hassles getting to the photo pits) of their two respective stages, I bailed on Lupe. Which turned out to be a poor choice, given that M. Ward wasn’t allowing any photographers in the pit for his set. Information that MIGHT have been useful ahead of time, but oh well. I just shot from the crowd and got what I could. He sounded beautiful and perfect for a Saturday afternoon. 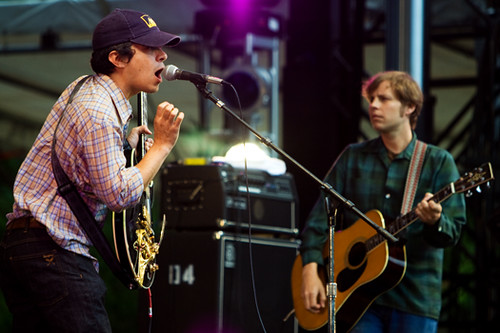 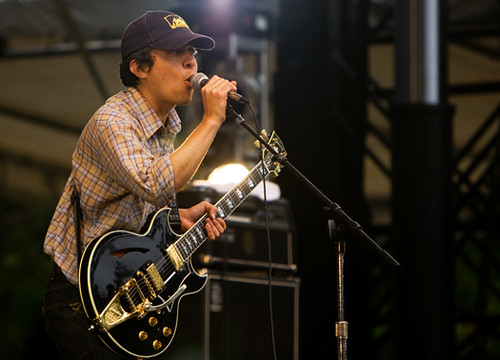 Afterwards, I ran into Dooce and Blurb, chatted for a bit, and then went to grab my one slice of pizza. I listened to the rest of M. Ward’s set while sitting on the grass, nursing a Pepsi (hadn’t had time to get an ID wristband at that point).

Fortunately, I didn’t have to run to another stage for my next act, as Regina Spector was up on the Sutro stage right after M. Ward. She was just adorable, talking about how all the small kids wearing the huge noise-dampening headphones were “sickeningly cute.” She sang her first song a capella, tapping the microphone for a beat. Which was gracious considering that after she sat down at her piano, there were maybe two decent sightlines for the photographers. Great monitor placement, but what can you do? 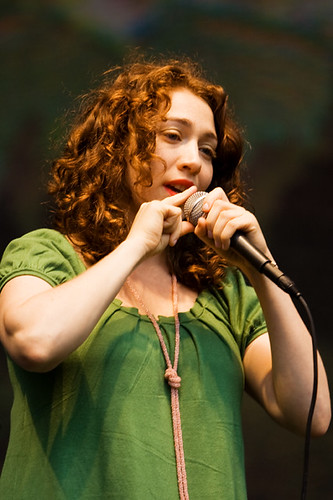 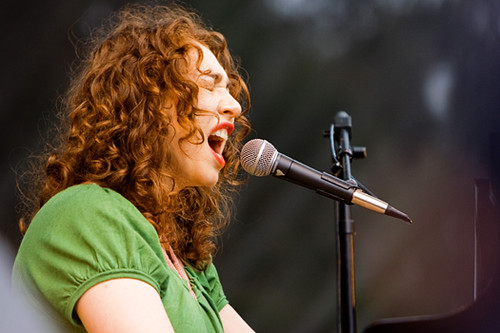 Afterwards, instead of wading through the crowd, the nice security guard I had befriended let us leave via backstage, so it was up some rickety wooden steps back to the entrance gate to the festival. Did I mention this thing was laid out terribly?

I trekked over to the small stage that The Walkmen were playing and prepared myself to be absolutely blown away, which is what happened the last two times I saw them. Have I mentioned before that I have a thing for tall, lanky dudes? Even ones who can’t belt out lyrics with such passion that it looks like the veins in their neck are going to explode? Yeah, I might have a slight crush on their singer. Needless to say, they did not disappoint me. 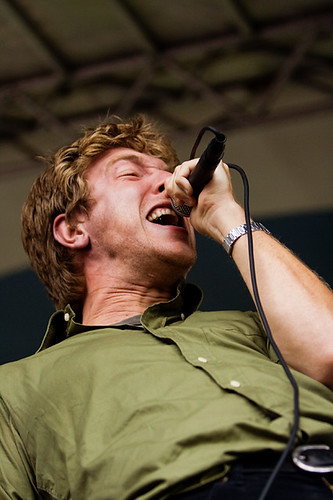 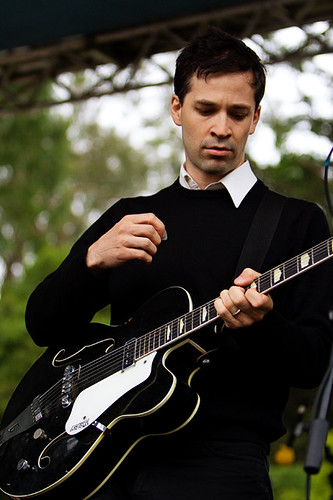 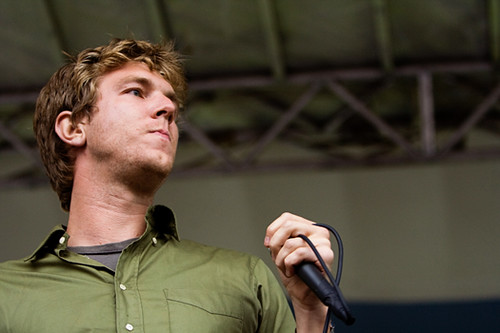 Still with me? Almost done. I shot Matt Nathanson as a favor for their manager (so that I could shoot the entire set for Rogue Wave tomorrow), and unfortunately, Pitchfork didn’t run the photos. But I thoroughly enjoyed his set, as he was telling ridiculous jokes in between songs, and even covered a bit of Jessie’s Girl. Not a bad way to hit the homestretch. 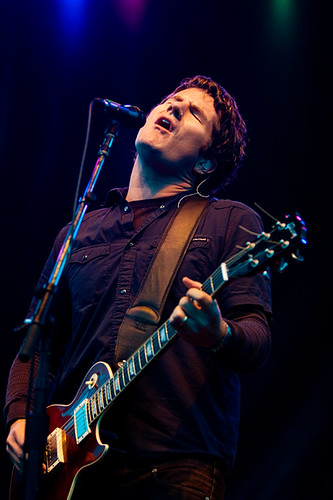 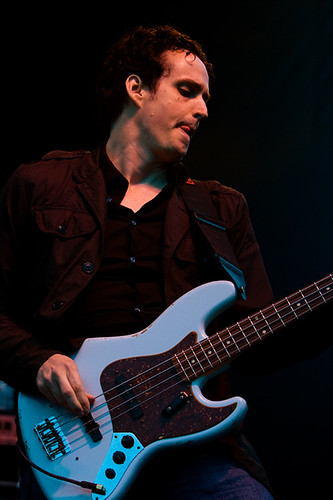 And then. Tom Petty. I heard by word-of-mouth from another photographer that their was a separate list of approved photographers for him earlier that day, but had been entirely unable to track down his pulicist. Until 10 minutes before his set. Talk about anxiety. But I got cleared last minute, got my special sticker, and was in the pit in time. 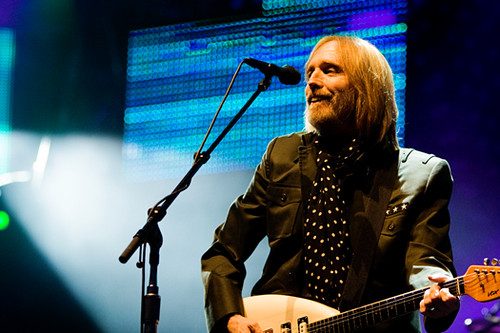 And good god, that man is a rock star. Totally hamming it up for the photographers, even bowing at the end of the first three songs. That might have been the first thing all weekend that went in favor of the media. Well, the 30 or so photographers that were let in the pit, at least. 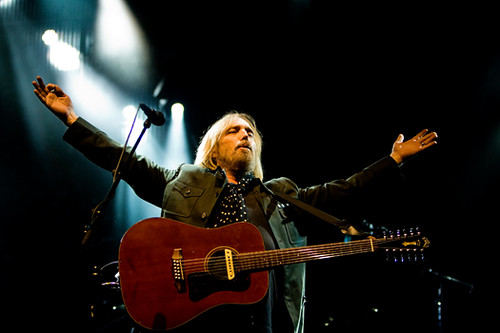 The lighting was great, and I shot full manual again, since the light wasn’t as crazy as Radiohead. Basically I was at f2.8, 1/400th at ISO 1600, and changed the shutter speed as needed (and by guessing) whenever the light changed. 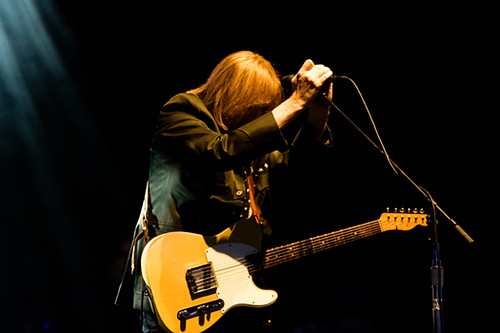 Afterwards, I hung out long enough to hear “Free Fallin'” and “Last Dance with Mary Jane,” but then I was out of there. Too beat to even go out and grab a drink, especially with the knowledge that the next day was going to be even busier… 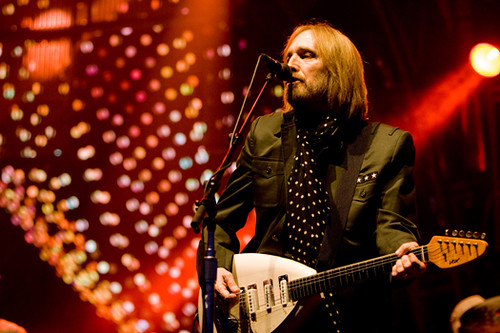 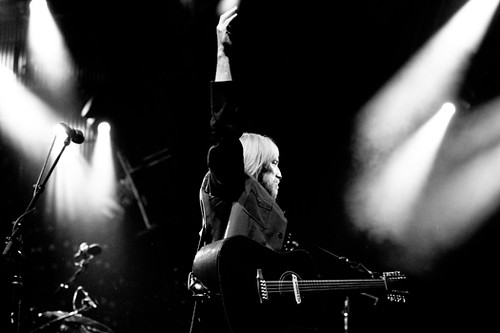