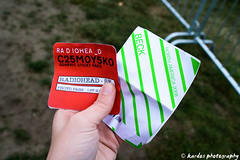 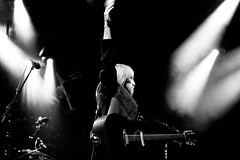 Last year, I spent some time in the Bay Area covering the first ever Outside Lands Music Festival. It was a great experience (a festival where it isn’t 100 degrees outside? Genius!). This year, I’m staying in town for Street Scene instead of heading up north, but was pleased to hear that the entire festival will be streaming live via their YouTube channel. Now that’s what I call embracing new media.

Aug 26, 2009, San Francisco, CA — Another Planet Entertainment, Superfly Productions and Starr Hill Presents, in a partnership with the San Francisco Recreation & Park Department, today announced that YouTube™ will stream live the Outside Lands Music & Arts Festival to viewers in the US. The live webcast will be featured on youtube.com/outsidelands beginning Friday, August 28th – Sunday, August 30th. The festival coverage will include performances from Dave Matthews Band, Jason Mraz, Thievery Corporation, The Dead Weather, Silversun Pickups, Raphael Saadiq, Cage the Elephant, Atmosphere, among others.

The tradition of marrying music and technology continues to be a foundation of the Outside Lands Music & Arts Festival. “We are proud to feature Outside Lands as the first-ever live streamed festival on such a powerful and recognizable platform as YouTube,” said Richard Goodstone of Superfly Productions. Created by Superfly Marketing Group in partnership with YouTube and The T-Mobile® myTouch™ 3G, the webcast will mark the first time YouTube has streamed a major event live on its website.

“Music and many of the artists performing at Outside Lands have always found a home and audience on YouTube,” said Ross Hoffman of YouTube Strategic Partnerships. “We’re thrilled to bring this incredible live music festival to everyone in our community who won’t be there in-person to experience the show”. In addition to live streaming directly from the festival, fans will be able to access an archive of selected performances and highlights on Youtube’s Outside Lands channel.