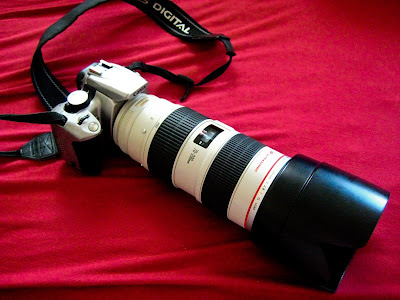 I’m headed to Outside Lands in SF this weekend.

Well, actually, I’m in San Francisco right now. I’m typing this on the BART on the way from SFO to Jess and Joe’s apartment in the Mission (Note: I wrote this last night).

Expect updates to be light, if not entirely nonexistent, until Monday or Tuesday. If Coachella was any indication, the only thing I’m going to have time for up here is taking photos, editing photos, sending the photos off to my editor, and sleeping. Maybe a couple beers and some late-night Indian food can sneak in there somewhere.

But if you absolutely must know what I’m up to, follow me on Twitter. It’s that constant stream of updates on the right side of this webpage. If I learned anything at Coachella and Indy Jam, it’s that festivals turn me into a Twitter whore. So there’s that.

Also, there’s…RADIOHEAD. This will be my first time seeing them, and I have permission to shoot them as well (Beck and Radiohead are only allowing select photographers in the pit during their sets). This knowledge makes me feel like alternately pinching myself and throwing up. Nervous much? Yeah.

Already this festival appears drastically different from Coachella. For starters, it’s not in ridiculous heat. Thank god for that. I’ll take San Francisco in August over Indio in April any day. They’re also having a press briefing before the thing even gets off the ground, which would have been useful at Coachella. I had a feeling there that my multitude of wristbands could have gotten me better access than I tried for, but oh well. Hopefully they give us some useful information at this briefing.

Lastly – regardless of wristbands, the only people allowed in ANY of the photo pits are those with SLRs with removable lenses. I know this would piss plenty of people off, but it makes my life a hell of a lot easier. I still have nightmares about trying to get into the Hot Chip tent at Coachella, which was swarmed with VIPs who were only supposed to be on the side of the stage. Those pits are crowded enough (a fight almost broke out right next to me before Roger Waters’ set – classy), so anything that contributes a little extra breathing/elbow/lens room makes me happy.

I get the feeling this is gonna be FUN.

And oh yeah – seeing the 70-200mm f2.8 IS L lens on my Digital Rebel XT cracks me up. It’s like putting a diamond necklace on one of the hookers on El Cajon Boulevard. One of these days I’ll get a better camera…

Here’s hoping that I make it through this festival without losing an earplug or getting burned by a cigarette butt.