As soon as Stacey and I heard about this show, we bought tickets, even though we already had tickets for the Wiltern show two nights previous. Personally, I would have gone to both shows, had I not had a commitment in San Diego sandwiched in between. It’s ridiculous to think that I saw Bon Iver just a year and a half ago with maybe 75 other people at the Che Cafe, and now he’s selling out 2000 person…cemeteries? With tickets going for $200+ on Craigslist? 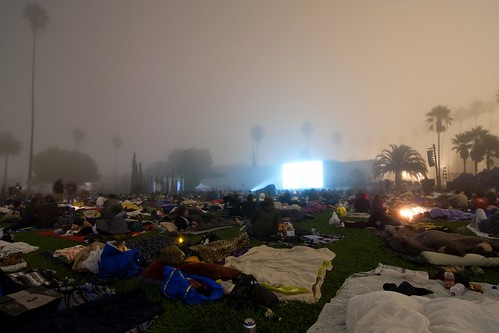 We managed to squeeze in a few hours of sleep before heading to the cemetery around 2AM, where it was in full-on sleepover mode – Bottlerocket screening and all. An hour or two later, the fog rolled in, sadly killing any chance for a literal “sunrise” show, and also covering every exposed surface in a thin layer of dew. 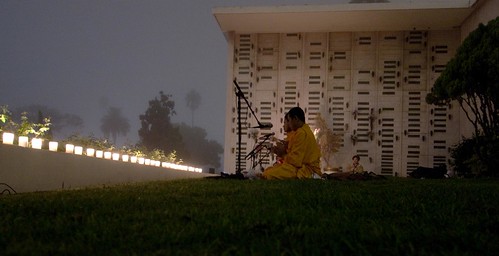 We nestled in our sleeping bags and blankets, all 2000 of us, talking, or sleeping, or watching, or waiting – or some combination thereof. The hours passed remarkably quickly, until around 5AM, when everyone was treated to the sounds of Buddhist monk chants as they blessed the stage area. Their voices carried throughout the still-dark cemetery as anticipation grew for the main event. 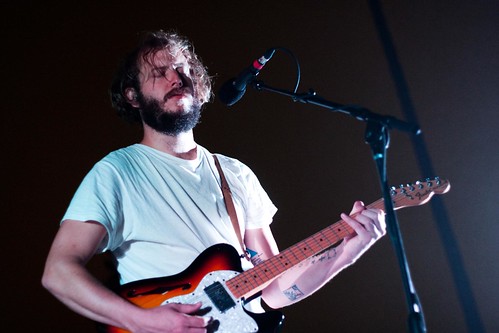 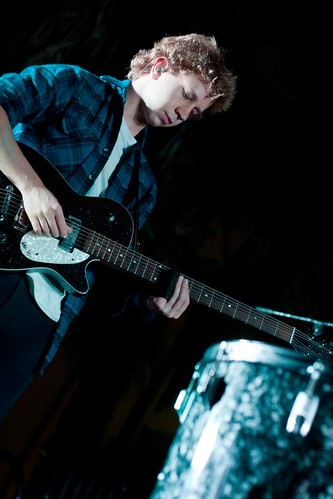 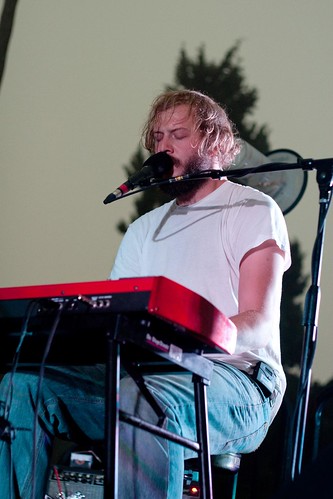 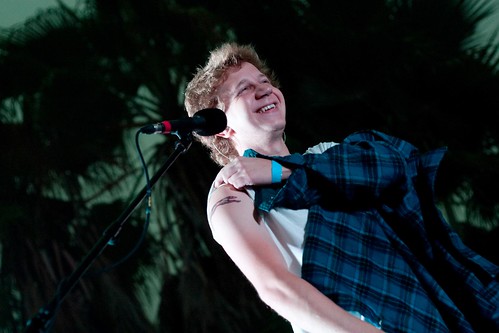 (Mike shows off his new – and first – tattoo)

And finally, Justin Vernon and crew took the stage and proceeded to play every song that they knew. In order to draw things out just the tiniest bit longer, they even had tourmates Megafaun join in the early morning fun and played one of their songs with everyone on stage. 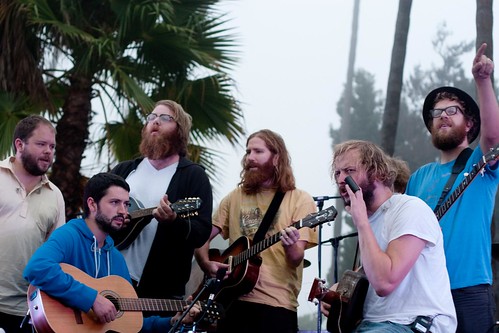 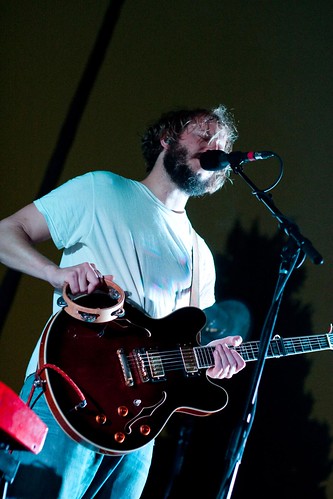 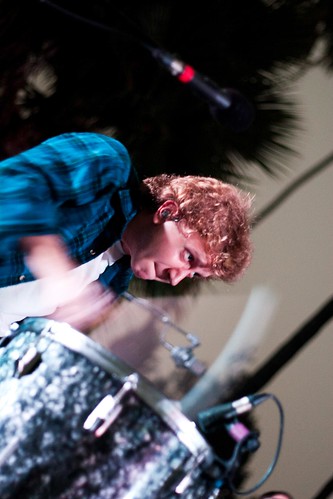 I can’t even begin to describe the feeling that floated over me, and most of the crowd I’m sure, during this set. Somewhere between awake and asleep, between sanity and sleep-deprived delerium, there was peace. And that warm, tingly sensation you get all up and down your spine when you’re way past the point of goosebumps. 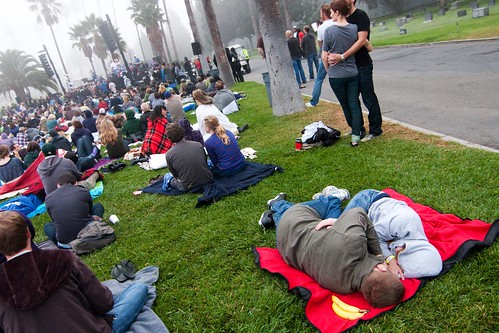 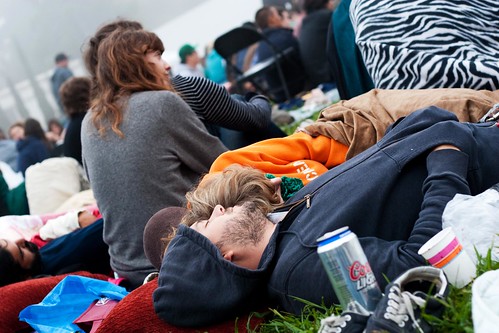 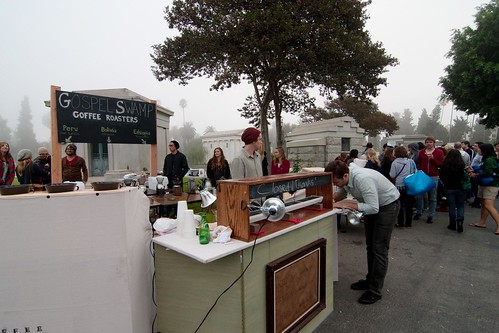 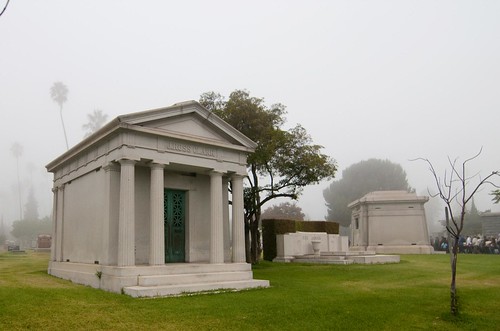