While home over Christmas break, my friend Nick had the brilliant idea to drive up to Centralia, PA to take some photos. 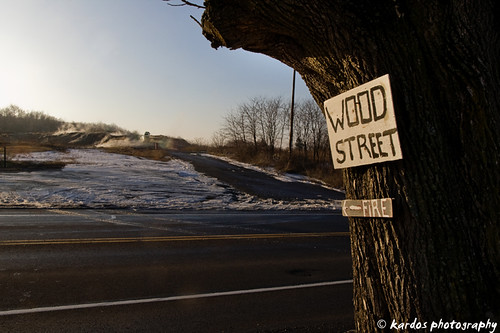 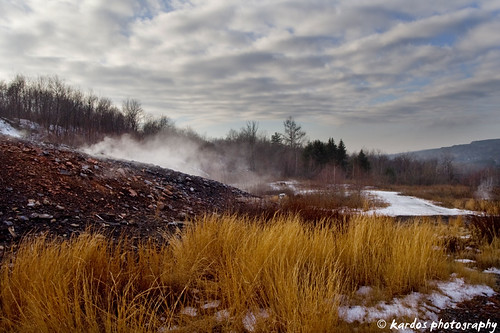 We’re both fans of abandoned places, especially as photography subjects, but this town had an even more intriguing aspect – it was abandoned in the 1960’s due to an underground coal fire that couldn’t be put out. And that still burns to this day. And will continue to burn for at least a couple hundred years. 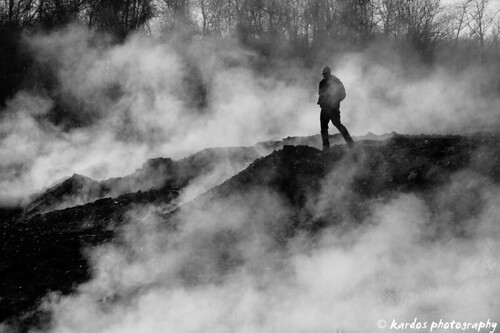 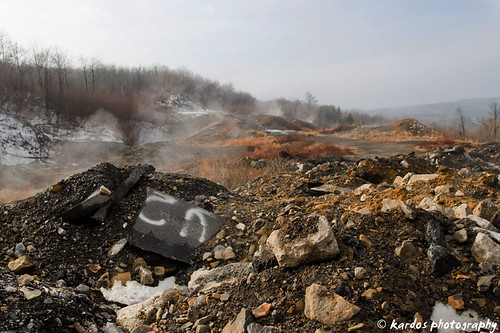 Our first stop was the graveyard, which contained a lot of older Russian Orthodox graves. It also had gravesites of people that had passed away this year – strange, considering that most of the population of the town moved away in 1984. 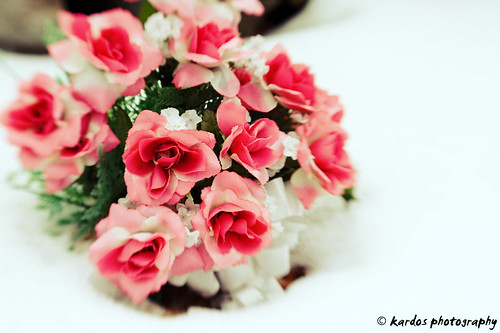 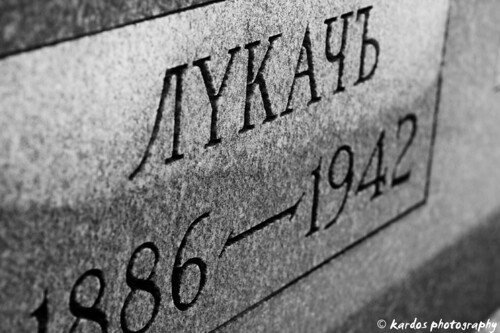 We then wandered around the area that used to be the town. Most of the buildings have been razed, so it looks mostly like a meadow with a lot of trash dumped into it (SO MANY tires). And with smoke rising from the ground. Creepy. The rocks were actually warm to the touch, and you could tell where the underground fires were raging based on the lack of snow cover. 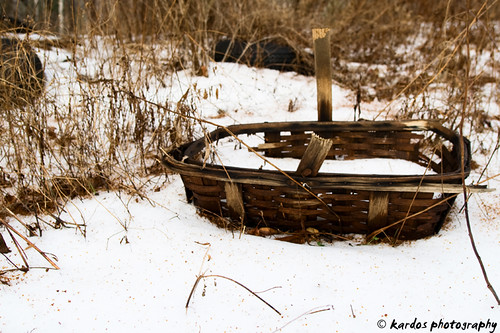 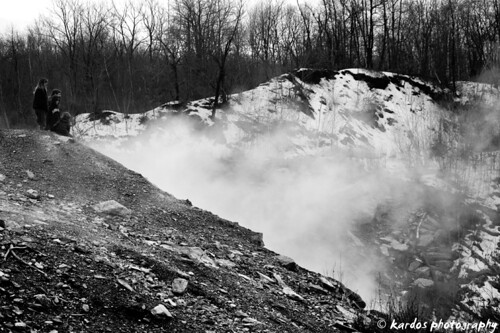 We ran into a hunter on his way to track some deer. He explained to us that there are a lot of deer in that specific area, because the fires melt the snow and make the grass easy to get at. He also informed us that there were coyotes (pronounced “kai-yotes”) in the area. 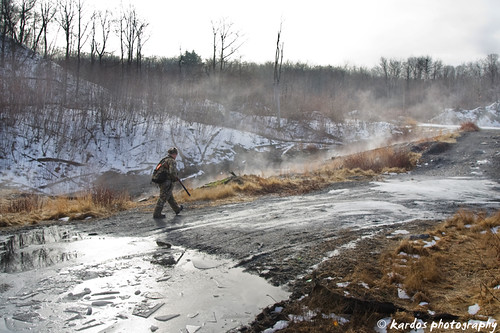 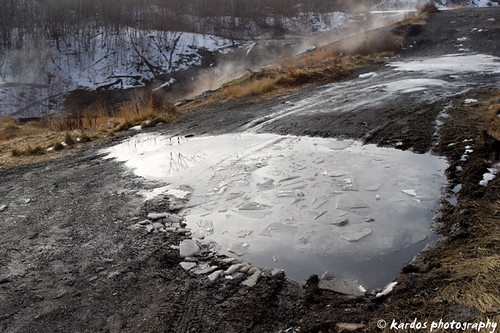 So of course after all that, we decided to go tramp around in the snowy woods above town. In sneakers. My feet were thoroughly soaked within minutes, but it was worth it. While we were doing that, the fog and clouds decided to break a little bit and show off some blue sky. 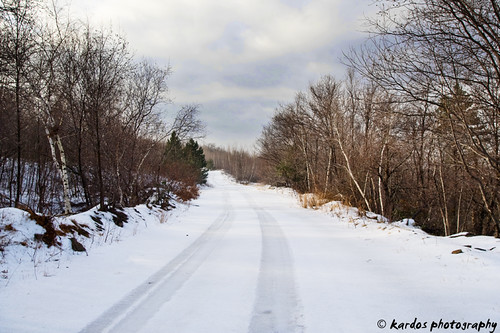 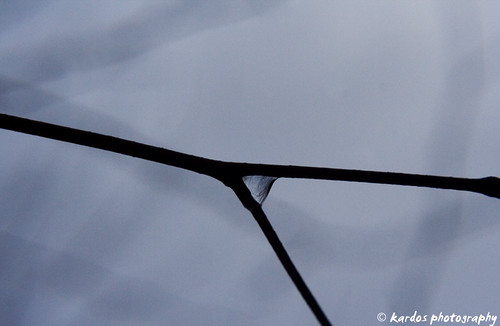 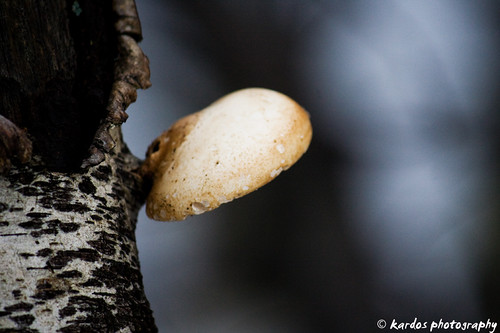 After trekking around in the woods for awhile, we headed back down into what used to be the town area. More abandoned tires, and a lot of abandoned children’s toys. Kind of creepy. We passed by the few remaining houses in the town, which are still occupied by residents, as well as the centennial vault. 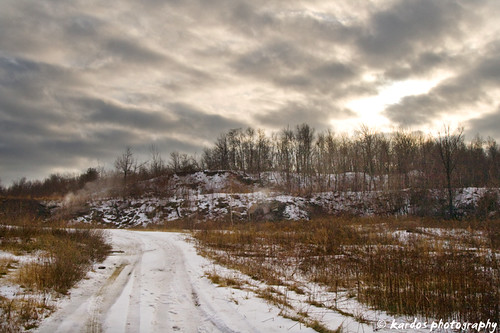 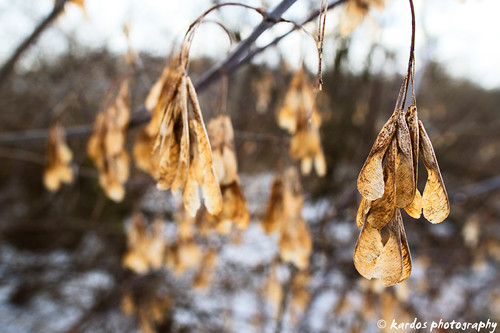 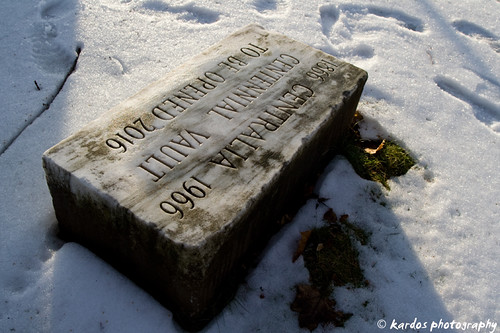 Then it was time to find abandoned highway 61. We pulled off the new 61 at a curve in the road, and after climbing over a hill of dirt, we found it. It was covered in graffiti, and after a short walk in, it was easy to see why it had been abandoned. The entire road had buckled in places due to the fire underneath, and large cracks had appeared in the pavement. It was a weird feeling to be walking on the remains of a highway. 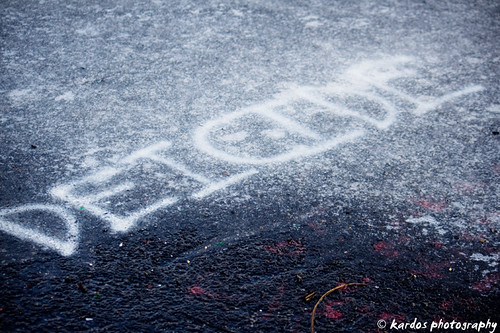 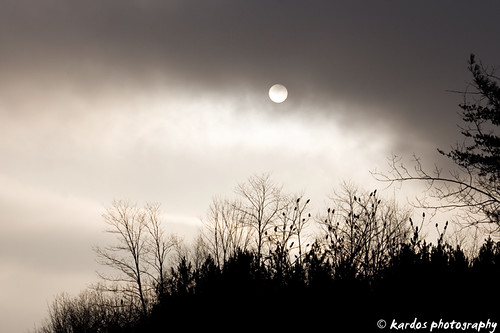 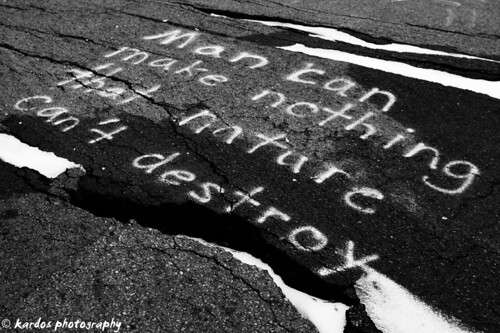 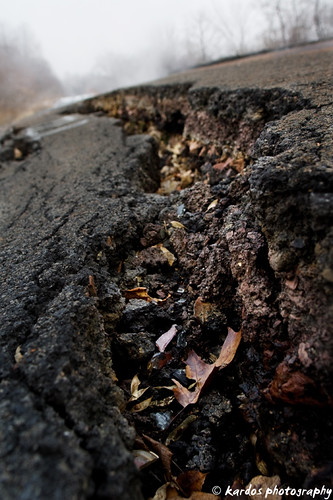 As we left, the fog started rolling in again. We had spent much of the day wondering who chooses to live all the way out in these types of places, and how we managed to escape small-town Central PA. But as much as I hate to admit it, I will always have a soft spot for places out in the middle of nowhere. There’s just so much beautiful space and peace and quiet. 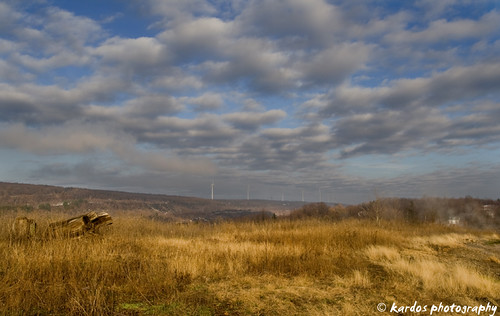