I took a LOT of photos this day. Why? Because this was the day we went to Millennium Park. And yeah – I might have told Kelly that I need to move to Chicago just to figure out how to properly photograph the Bean. Anyway. Back up to the beginning of the day.

We had Jimmy Johns for lunch – I think this was my first Jimmy Johns sandwich since 2004. It was just as fantastic as I remembered. 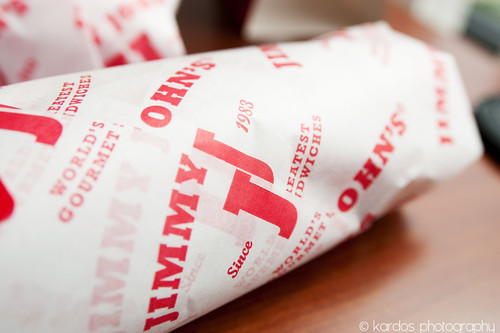 Then we ventured to downtown, but not before running into a broken mirror in someone’s trash that I just had to use for a photo.

Once downtown, we saw the Calder Flamingo Sculpture, which to me looked more like a giant praying mantis or a grasshopper, not a flamingo. To each his own, I guess. 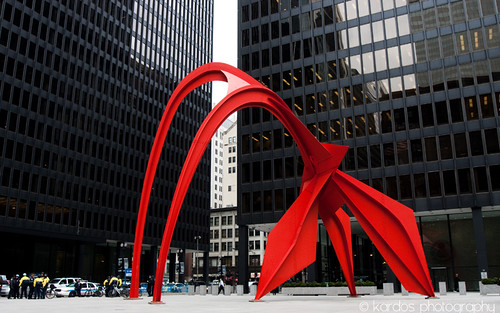 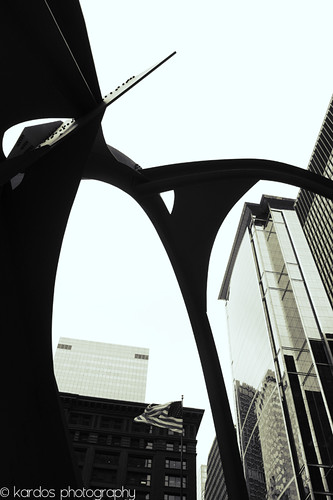 We managed to run into an anti-Olympics protest, as well as a Dunkin Donuts (big surprise there). 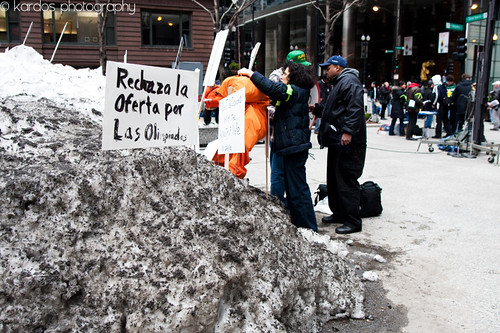 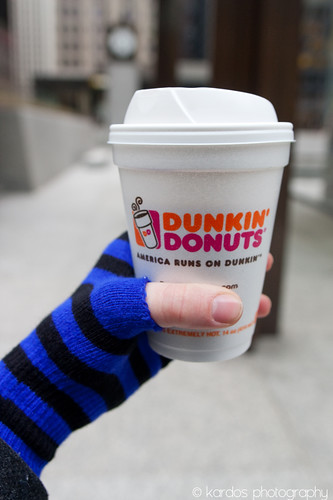 We saw some murals, a whole lot of awesome buildings, the Picasso statue, and of course, the Chicago River. 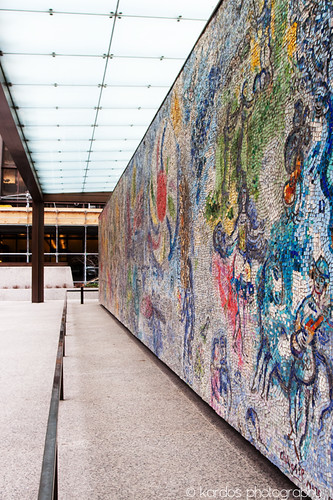 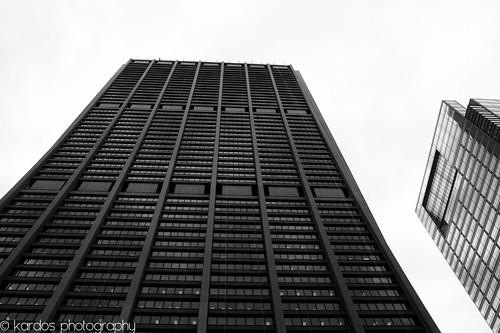 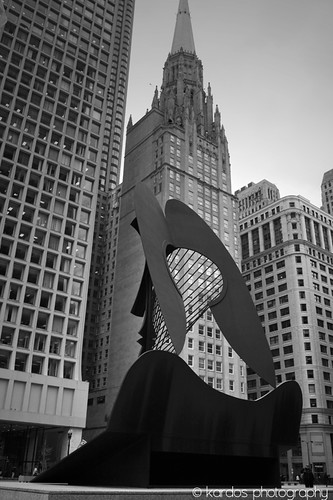 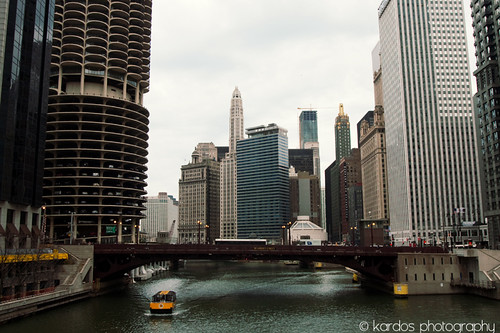 And then it was to Millennium Park to see the Jay Pritzker Pavillion, Crown Fountain, and Cloud Gate, aka the Bean. We hung around the area so that I could get both day and night shots. I wasn’t super impressed with the Pavillion, although it did make more sense when I learned that it was designed by Frank Gehry (yeah, I should have known just from seeing it). But the Bean was pretty fantastic. 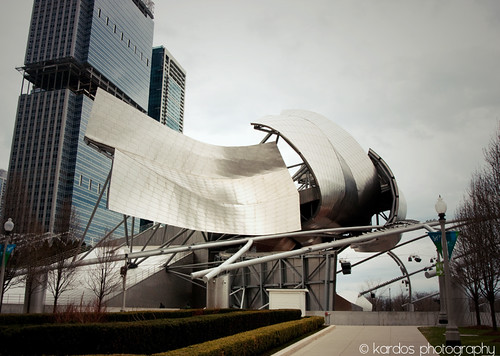 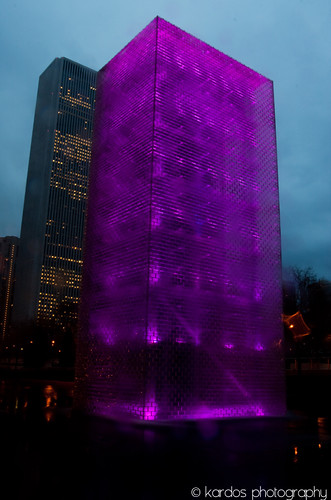 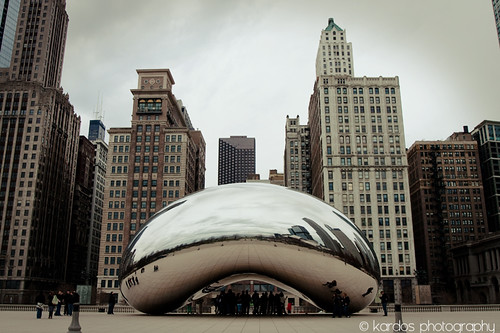 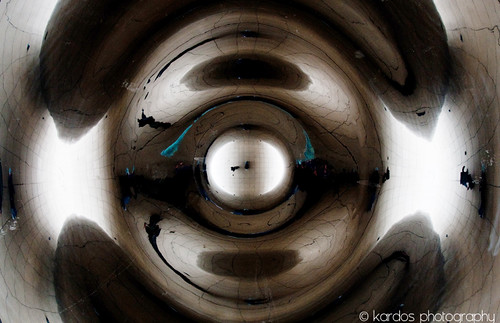 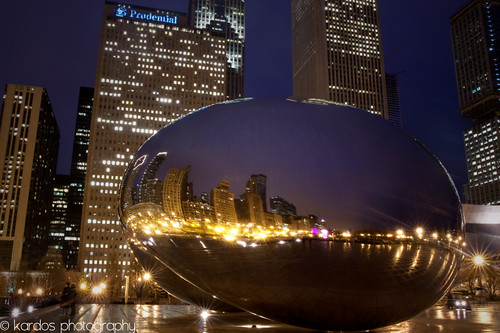 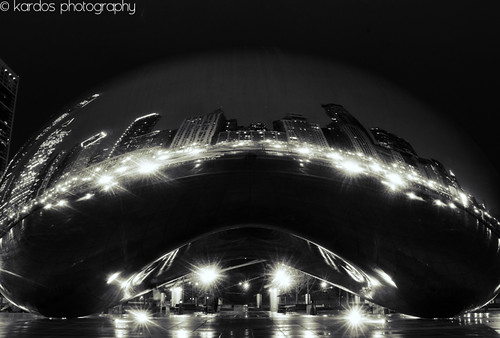 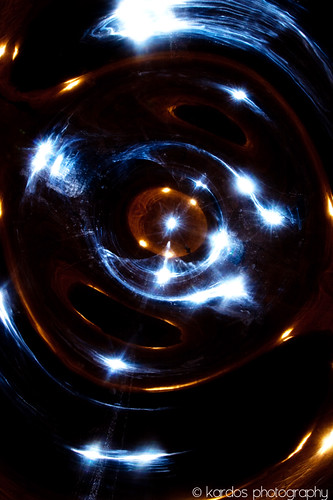 Did I mention that it was cold and raining that night? Perfect for long exposure night photography. So after I finished up wtih the Bean (for now – I could spend days photographing it), we ducked into Potbelly for dinner and threw away our plans for visiting Navy Pier. Which, in retrospect, is pretty ironic – since when we finally made it out to Navy Pier, it was not raining, but SNOWING. In APRIL. 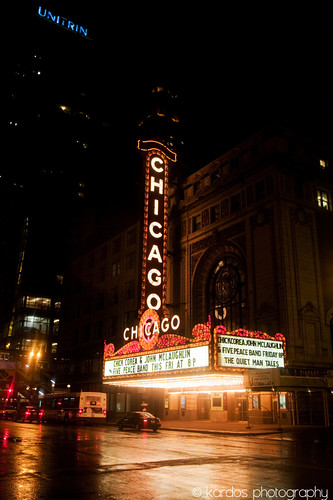