And this is where photo pit regulations got kind of crazy. Well, that’s not true – for Cake’s set, I wasn’t allowed in one side of the photo pit (for reasons not articulated), so I had to go all the way around to the other side. And by that, I mean I had to walk around the crowd, into the beer garden, through the crowd, and then into the photo pit.

For Modest Mouse’s set, the photographers weren’t allowed in the pit until the band started playing. I’m not really sure what the use of this rule is, especially not when there is a large (drunk) crowd gathered and a herd of photographers, most carrying over a thousand dollars’ worth of equipment. Seems more of a liability than anything else, because what are they afraid we’re going to take photos of? The roadies? Really, I just want to sit down because I’ve been running around all day. And because I don’t like the idea of having my equipment ruined because of an arbitrary rule. If anyone can explain that rule to me, I’d love to hear it.

Anyway. The pit was really crowded during this set, and the lighting wasn’t that great, but Modest Mouse sounded good. After the first three songs, we got trapped in the backstage area because the crowd was too thick to push our way out of the pit (maybe next year they could extend the photo pit barriers a little more – this is never a problem at the Coachella mainstages, even with much bigger crowds). But we got free ice cream, so there’s that. I did miss the supposedly epic Girl Talk set though, which kinda bummed me out. 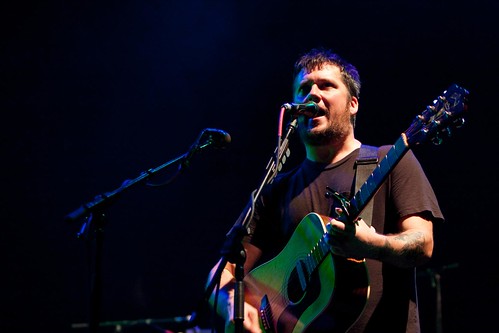 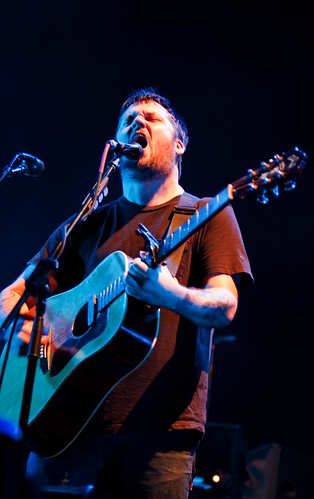 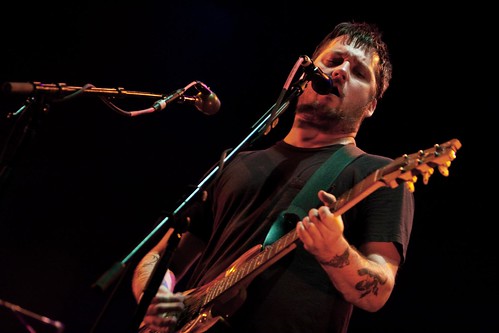